VIDEO: Irish dad reacts brilliantly to seeing his daughter and her Swedish doppelgänger together

He genuinely struggles to tell the difference.

You may remember we brought you the video of Sara from Sweden and Shannon from Ireland; two women who look more or less identical to each other. 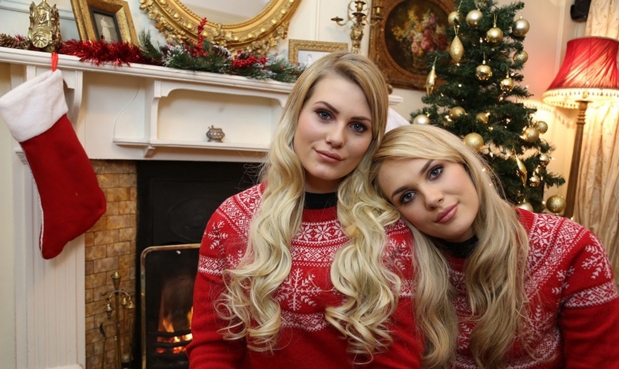 Well, now Twin Strangers have posted a video of Shannon's father Michael's reaction when he sees the two together.

As Michael says, "I definitely think Sara could be my daughter, yeah."

"He honestly needed a moment to see who was who. He thinks Sara could be his daughter, so I definitely think she could be my twin."

popular
Met Éireann issues weather warning for three counties
QUIZ: Take your very best shot in this tough General Knowledge Quiz
QUIZ: Can you conquer this delightfully difficult General Knowledge Quiz?
The JOE Movie Quiz: Week 160
QUIZ: Can you name the video game from the lead character?
An underrated Jason Statham thriller is among the movies on TV tonight
A feel-good comedy with a Springsteen soundtrack is among the movies on TV
You may also like
3 days ago
Eir prices to increase every April from next year
3 days ago
A hidden gem stands out at the top of TripAdvisor's list of the top 10 attractions in Ireland
4 days ago
Tomorrow is set to be the hottest day of the year but it’s not going to last
4 days ago
Varadkar defends volatile exchanges with Pearse Doherty, says they were "self-defence"
5 days ago
QUIZ: Can you name the 32 counties of Ireland in order of size from the biggest to the smallest?
5 days ago
Irish people are paying a hell of a lot more for alcohol than other EU countries
Next Page