Thankfully, both women only suffered minor injuries but what the hell were they playing at?

Thanks to new legislation introduced in Ireland recently, motorists face severe punishments if caught using mobile devices while driving and if anyone was in any doubt as to the need to crackdown on those guilty of doing just that, then two girls in Iran have provided all the evidence you’ll need.

END_OF_DOCUMENT_TOKEN_TO_BE_REPLACED

The women in question decided to record a video of themselves singing along to an Iranian pop song called “Ghorboni” while travelling in a car and with the driver clearly paying more attention to the phone recording them rather than the road in front of her, she crashed the car in what appeared to be fairly violent fashion.

The women subsequently uploaded a video of themselves from the hospital to reassure everyone they were OK, but according to the Daily Mail, a spate of copycat videos mocking the women in question have surfaced in Iran since the video went viral last week. 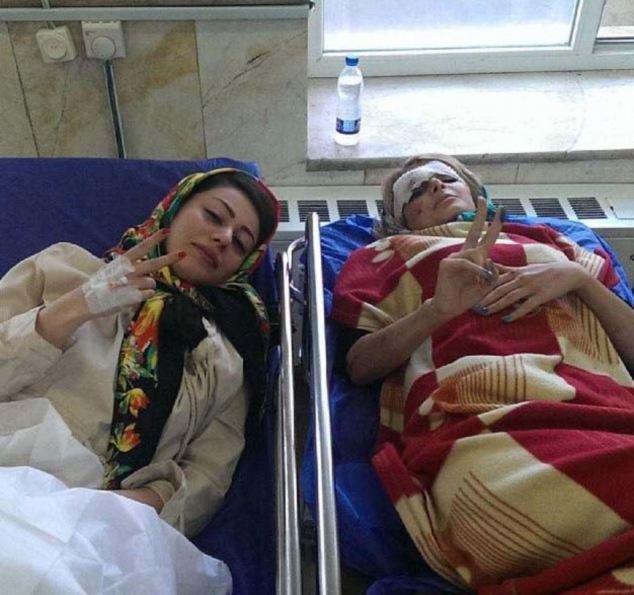 It’s unfortunate for the women in question that their daft antics have gained such universal exposure but hopefully it will serve as a reminder to motorists everywhere not to be up to such carry on behind the wheel because people will get seriously injured and even lose their lives because of behaviour like this.

popular
Lidl to launch its second 'reverse vending machine' in Ireland next week
Husband of school teacher killed in Texas shooting dies of heart attack
The 2 Johnnies share unbelievable catfish ordeal affecting over 40 people
Acclaimed actor Ray Liotta has died, aged 67
QUIZ: How well do you know these famous flights in movies and shows?
Amber Heard "distraught" as court hears explicit Johnny Depp text message
Two excellent crime thrillers are among the movies on TV tonight
You may also like
2 months ago
QUIZ: How many of these questions on the Driver Theory Test can you answer correctly?
4 months ago
QUIZ: Can you guess the meanings of all these dash symbols from your car?
5 months ago
These were the most viewed cars in Ireland
8 months ago
QUIZ: How well do you know your car logos?
11 months ago
The ultimate checklist of everything you need for your next Irish road trip
1 year ago
The iconic 'Bus W***ers' car from Inbetweeners is now up for sale
Next Page