The Vodafone Comedy Carnival Galway is back in town this October, with this year’s event boasting its longest ever programme running for a full 12 days and two weekends.

The Vodafone Comedy Carnival takes place from Thursday 16 to Monday 27 October and it looks like a cracker. The extensive and eclectic programme features the very best of Irish and international comedy - and both established, as well as emerging talent, are among the many giants of comedy that will be in Galway to tickle your funny bone. 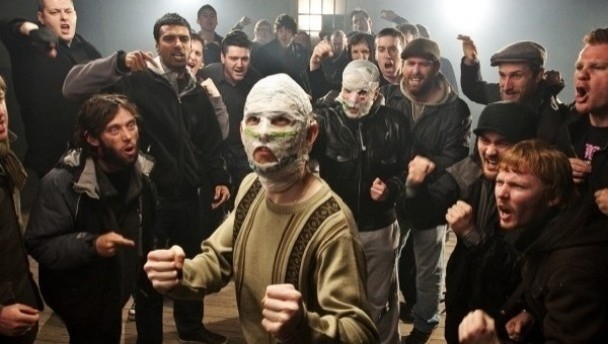 END_OF_DOCUMENT_TOKEN_TO_BE_REPLACED

The line-up is very impressive with names such as Tommy Tiernan, David O'Doherty, Reginald D Hunter, Rich Hall, Des Bishop, Simon Amstell, Milton Jones, David Baddiel, Judah Friedlander, The Rubberbandits (pic above), Phil Jupitus, Todd Barry, Ardal O'Hanlon, Andrew Maxwell, PJ Gallagher, Rob Delaney and many more, including our own Eric Lalor, who will be doing stand-up and also featuring in the hit comedy play, Singlehood which has been included on the bill too.

Festival Director, Kevin Healy said: "We are delighted to welcome our new title sponsor, Vodafone and to announce our new dates, making this our most ambitious programme so far. We also want to thank our supporters at Failte Ireland, Galway City Council and Diageo for helping to make the Vodafone Comedy Carnival Galway possible and look forward to welcoming great comedians and comedy fans to the West this October."

For the full line-up and booking details, click right here.

popular
QUIZ: It's time for one of our trickiest General Knowledge Quizzes yet
An underappreciated sci-fi blockbuster is among the movies on TV tonight
Landlords must give longer eviction notice periods under newly passed legislation
The JOE Movie Quiz: Week 161
The 24 biggest movies still to come to cinemas in 2022
The JOE Friday Pub Quiz: Week 301
QUIZ: Can you get 100% in JOE's great big halfway through 2022 quiz?
You may also like
4 days ago
Celebrity Juice axed by ITV after 14 years as Keith Lemon pays tribute to "the longest most fun party"
1 month ago
One of the best sitcoms of recent years is finally available to watch in Ireland
1 month ago
Dave Chappelle attacked on stage during Netflix stand-up show in LA
2 months ago
Derry Girls creator admits she was nervous about some jokes in the new season
2 months ago
One of the best (and most important) stand-up comedy specials in years is now available to watch at home
2 months ago
Some of the very best TV comedies of all time have just been added for home streaming
Next Page