We'd be raging if this happened to any of us.

Having waited his turn to appear on the Atlanta Hawks kiss cam, a nervous basketball fan took his girlfriend's hand, got down on one knee and prepared to ask a very big question.

The camera captured the moment beautifully... her stunned reaction as he held out the ring box and she pressed her hands to her face with happy tears in her eyes. 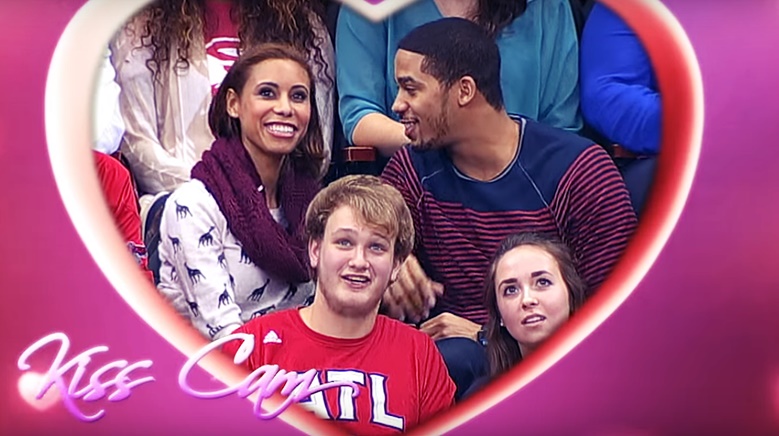 END_OF_DOCUMENT_TOKEN_TO_BE_REPLACED

It also captured the moment, seconds later, when an over zealous bystander reaches over to pat him on the back and accidentally knocks the engagement ring from his hands.

Time stops. The surrounding crowds in the stands react in horror, instantly dropping to the ground to search for the lost bauble. The woman, who should be enjoying a very public declaration of adoration, instinctively yells at the man who sent her engagement ring flying through the air.

Some Facebook users have suggested the whole incident may have been staged but we're not so sure. We hope, for the would-be groom's sake, that it was.

Check out the video (about one minute in) to decide for yourself...

The Big Reviewski || JOE · TBR Spotlight: Loki Episode One - 'Glorious Purpose'
popular
The JOE Friday Pub Quiz: Week 247
Matt LeBlanc has seen the memes of him as every Irish auld lad and very much enjoyed them
5 new Netflix additions to get you through the weekend
The JOE Music Quiz: Week 61
QUIZ: Full marks are far from certain in this general knowledge quiz
€6.4 million Lotto jackpot winner has yet to come forward
A Dublin Cafe will pay you €50 if you can finish this MONSTER breakfast roll
You may also like
3 months ago
Incredible drone shot video from inside bowling alley goes viral
4 months ago
"I am not a cat" - Texas lawyer turns on kitten filter during court Zoom, and can't switch it off
1 year ago
Apostrophe Protection Society closes down, claiming "laziness has won"
1 year ago
25 of the funniest tweets you might have missed in October
1 year ago
WATCH: RTÉ raised their game with their Halloween reporting on Thursday
1 year ago
Comedian Josh Pray to stop making Irish-themed videos following online abuse
Next Page