Paul McCartney, Beck and Taylor Hawkins all go to a club... it sounds like a dream.

The iconic musician wasn't alone, as he was joined by Beck and Taylor Hawkins, before the Foo Fighters drummer whisked the pair away.

Tyga himself came in for a backlash on Twitter, but has claimed that he had no knowledge of what was going on outside.

I don't control the door. I had no knowledge SIR PAUL was there. I just performed and left.

Why would I deny @PaulMcCartney stop it. He's a legend 🙏🏾 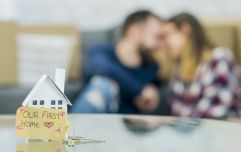 First-time buyers in the midlands and Tipperary: This virtual First Time Buyers Masterclass will kickstart your mortgage

END_OF_DOCUMENT_TOKEN_TO_BE_REPLACED

The rapper was even a guest on Jimmy Kimmel Live, where the host brilliantly made Tyga queue up for entry into the green room, before the musician explained what went down.

Nevertheless, the good people of Twitter were on the case.

I don't know what's more sad, Paul McCartney getting turned away from Tyga's party, or the fact he went in the first place

Best part of the Macca door refusal is him turning to Beck:
'We need to write another hit, work on it.' 😂😂 https://t.co/P4HazWuSRf

Hi @PaulMcCartney you'll always be welcome at our parties. 💃

And a very fair point made in the end of it...

What was Paul McCartney going to do at that party anyway? He was going to say "what?" a lot. Then pretend to hear people. Then "what" again.

House of Rugby Ireland · Munster can't beat Leinster, Six Nations squad and John Cooney interview
popular
RTÉ Prime Time footage shows tanned Irish holidaymakers returning from Lanzarote
Here are the best movies on TV this evening
QUIZ: Can you name all of these countries just from one of their cities?
Holly Willoughby criticises influencer for travelling to Dubai during pandemic
Bill Gates hits back at "crazy" and "evil" conspiracy theories posted about him on social media
Taoiseach Micheál Martin says people need to stop going on holidays
QUIZ: Do you know the collective name for these groups of animals?
You may also like
2 years ago
The 2019 Grammy nominations have arrived
3 years ago
WATCH: Everyone was blown away by Ed Sheeran's performance at the Grammys last night
5 years ago
Audio: This Beck/Beyoncé mashup called 'Single Loser' is just superb
5 years ago
Video: 9-year-old Irish musician has a message for Kanye West
5 years ago
Why getting stage crashed by Kanye West has worked out brilliantly for Beck
5 years ago
Video: Kanye West almost pulled another 'Kanye West' at the Grammys last night
Next Page