WATCH: Sky News feature footage from Galway in news report about the bad weather in Scotland

The Supermac’s flag is a dead giveaway.

The weather across the water has been as bad as it has been here in the last couple of days and with Storm Conor likely to have a greater impact in Scotland that it will here, it seems they haven’t seen the worst of it yet.

Adverse weather conditions are nothing new in Scotland, of course, which makes it all the stranger that a report on the weather there on Sky News on Friday featured fairly mundane footage from Galway as the backdrop.

END_OF_DOCUMENT_TOKEN_TO_BE_REPLACED

Eagle-eyed JOE reader David Kelly spotted it while watching it yesterday and why wouldn’t he considering he lives and works next to where the footage was filmed, across the road from the Supermac’s HQ in Ballybrit in Galway.

Here it is on Google Maps and here's a screenshot David took to prove it. 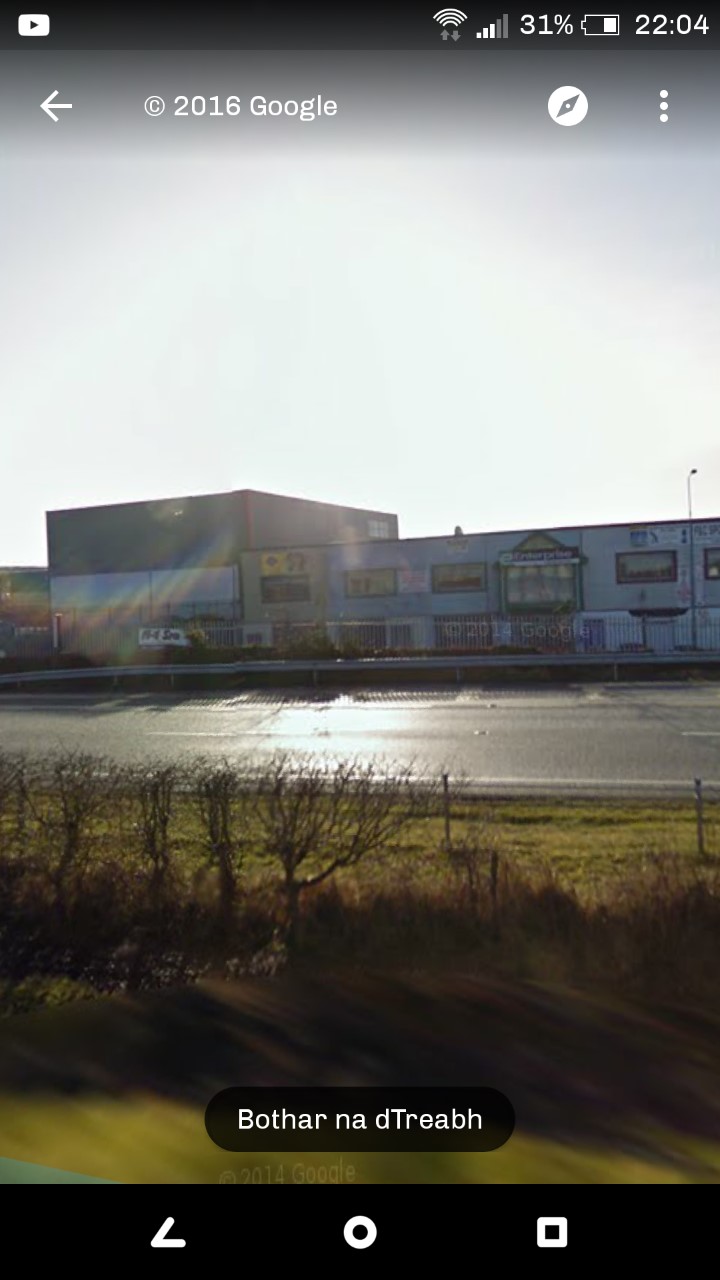 Why Sky would feature Galway in a report about Scotland we’re not sure; we can only come to the conclusion that they were in the west on a mission to recruit the best damn weather reporter in the business.

Cheers to David Kelly for sending this our way. Got a story for JOE? Hit us up on Facebook or Twitter, send it to our WhatsApp number 087-4001102 or mail editorial@JOE.ie.

popular
Amazon Prime Video has just added 21 big movies to its library
The 50 most iconic songs of all time* have been revealed
Here is a list of every Bank Holiday in Ireland in 2023
One of the best crime thrillers ever is among the movies on TV tonight
Mark Hamill on the one piece of dialogue he got removed from the original Star Wars
Edward Scissorhands was very nearly played by a much-loved Oscar winner
The Last Of Us Episode Five will premiere days earlier in Ireland and UK
You may also like
1 month ago
Jeremy Renner was talking to family member when 14,000-pound Sno-Cat ran him over, police reveal
1 month ago
It looks like we'll be reeling in the New Year with a LOT of rain
1 month ago
Two Status Yellow warnings issued with wind and rain in the mix
1 month ago
Two new Status Yellow warnings issued as poor weather continues
1 month ago
Snow predicted as triple weather warning issued by Met Eireann
1 month ago
Live weather updates, warnings and advice as Ireland goes through massive cold snap
Next Page