PICS: We found a real-life BFG and he is the perfect Irish Grandad

Not every giant is a grandad, but every grandad is probably a giant...

The BFG is finally out in Ireland this week and so with Roald Dahl in our hearts and Steven Spielberg on our minds, we set out to find the Biggest, the Friendliest, the Grandad-iest man in all the land.

We didn't know what to expect when we put out this call to find Ireland's very own BFG, but even we couldn't believe the hundreds and hundreds of wonderful entries which were sent in by readers, not just from all over the island of Ireland, but from all over the world.

One particular entry though, caught our eye.

Enter 10 year old Aoibhe Churcher and her grandad Don Sharkey; a storyteller, an ear-twitcher and a die-hard pickle-lover. 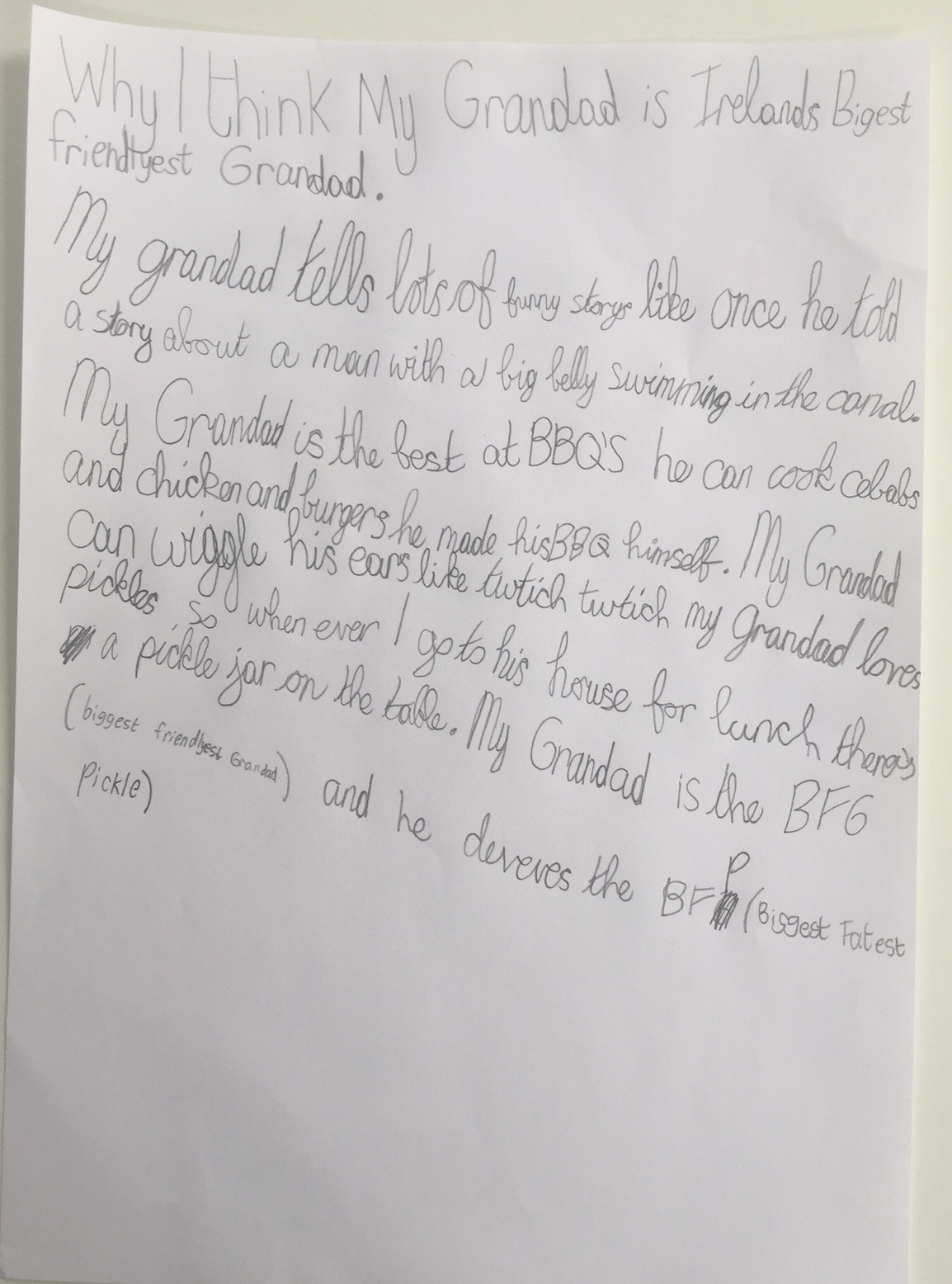 Here's what the letter said in full:

END_OF_DOCUMENT_TOKEN_TO_BE_REPLACED

Why I think my Grandad is Ireland's Biggest Friendliest Grandad...

My grandad tells lots of funny stories, like once he told me a story about a man with a big belly swimming in the canal.

My  grandad is the best at BBQs, he can cook kebabs, chicken and burgers. He made his BBQ himself.

My grandad can wiggle his ears like twitch twitch. 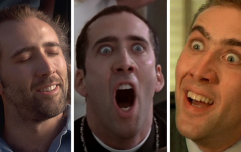 END_OF_DOCUMENT_TOKEN_TO_BE_REPLACED

My grandad likes pickles, so whenever I go to his house for lunch there's a pickle jar on the table.

My grandad is the BFG (Biggest Friendliest Grandad) and he deserves the BFP (Biggest Fattest Pickle).

And so, with their winning tickets in hand, Don and his granddaughter Aoibhe toodled along to the Irish Preview Screening of The BFG in The Savoy in Dublin. 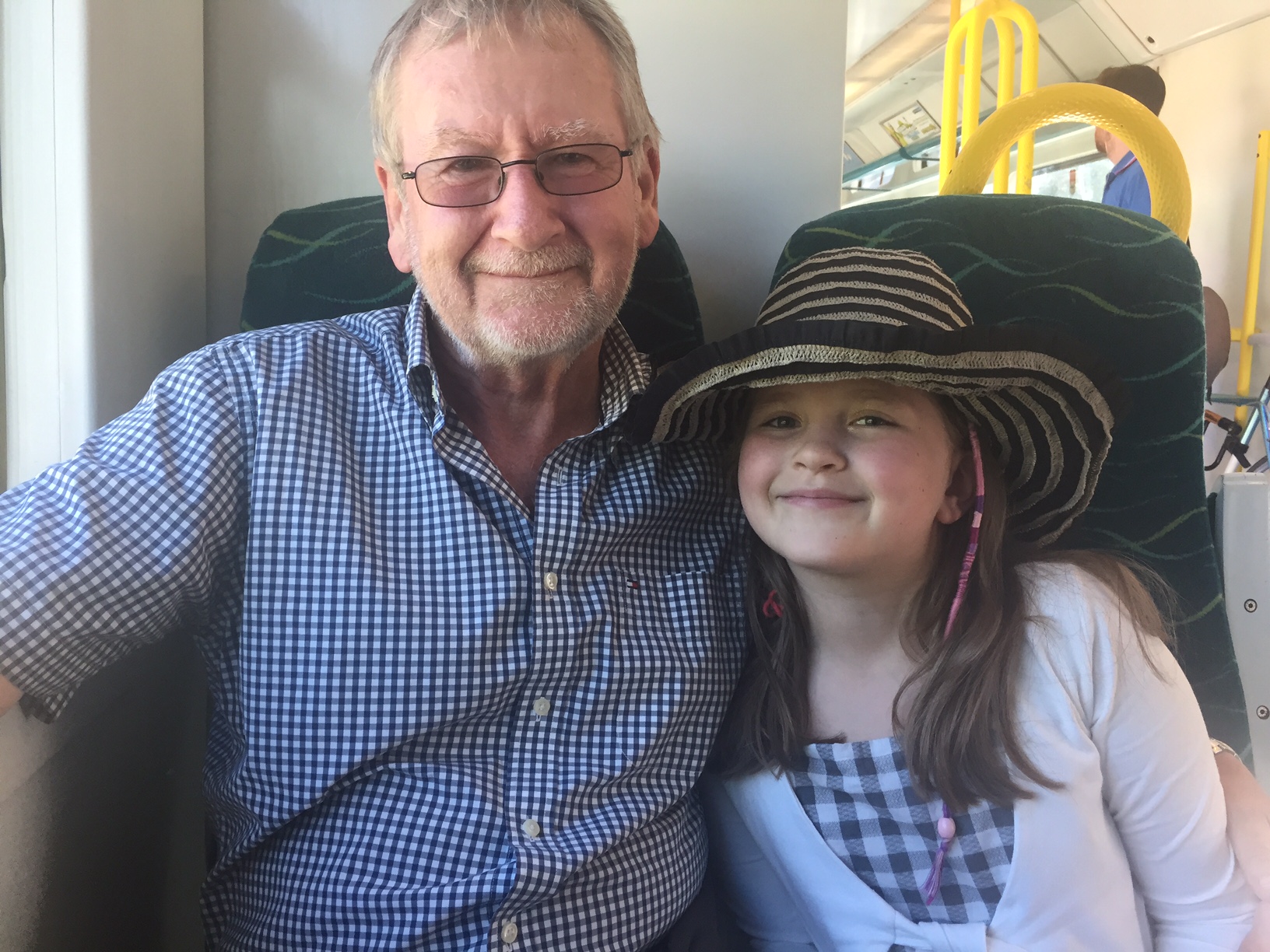 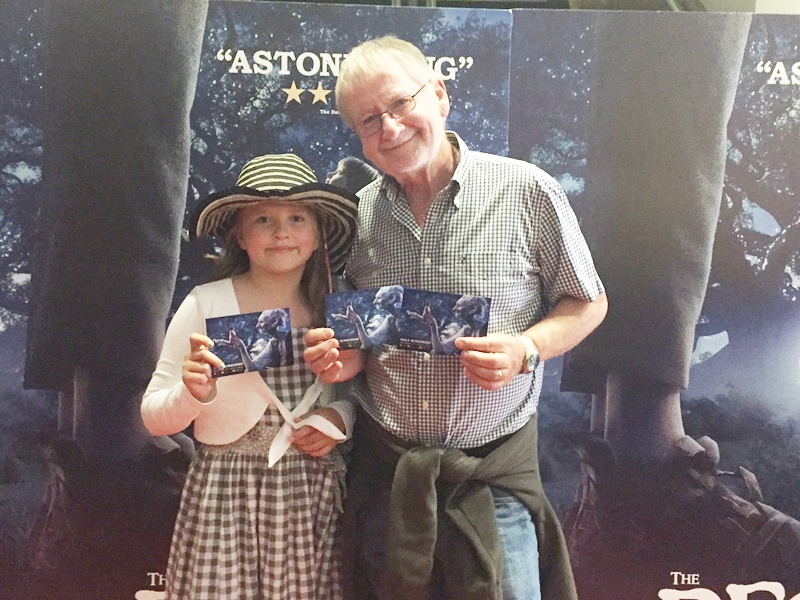 Speaking to JOE, the pair said they were delighted that Don was chosen to be Ireland's BFG, it was a really special night for them both and Aoibhe is going to love writing in her new BFG Dream Journal.

Congratulations to them both!

Now, the film itself isn't realised until Friday 22 July, but there are whiffs of a rumour that it features the most extended scene of fizzing flatulence ever recorded.

We're still waiting on an invitation to one of Don's famous BFG BBQs, but in the meantime we're going to keep losing ourselves in the very special magic of The BFG...

The BFG is released in Irish cinemas on 22 July 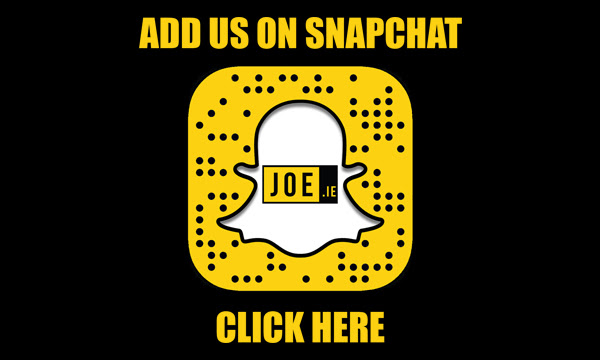 popular
Fish and chips could be removed from Irish menus over rising fuel costs
Netflix has just added 33 very big movies to its library
The full list of cancelled flights in and out of Dublin Airport on Monday (so far)
Jordan Peterson suspended from Twitter over Elliot Page comment, says he won't apologise
Increase in passenger charges at Dublin Airport may be on the way
The long-awaited MetroLink is finally happening, for real this time, honest
An action-packed thriller is among the movies on TV tonight
You may also like
3 hours ago
Amazon Prime Video has just added 51 big movies to its library
3 hours ago
REVIEW: Thor Love and Thunder is equal parts fun and blunder
1 day ago
James Cameron gives surprising updates on Avatar 4 and 5
1 day ago
One of the coolest movies of recent years is now available to watch at home
1 day ago
Netflix has just added 33 very big movies to its library
2 days ago
The 24 biggest movies still to come to cinemas in 2022
Next Page