There is no better sentence to describe the sudden uptick in demand for beer in Moscow and around other Russian cities as World Cup fans drink the country dry.

Different locations are finding themselves tapped out as different groups of supporters celebrate different wins (or use the beer to deal with different losses).

END_OF_DOCUMENT_TOKEN_TO_BE_REPLACED

Business Insider are reporting that the city of Nizhny Novgorod essentially ran completely out of beer when Swedish fans celebrated their country's 1-0 victory of South Korea, which was also their first World Cup win in 12 years.

Australia lost 2-1 to France, but they still drank several bars dry. 15,000 fans descended upon the city of Russian city Kazan and multiple destination there told Four Four Two that the fans had consumed practically the city's entire stock of beer.

One anonymous waiter told the New York Post that "We just didn’t think they would only want beer. There are really a lot of people in Moscow … and they are all drinking. It’s hot, and it’s football."

Apparently stocks are continuously running low, and are taking longer to get refilled, but the amount of locations that need to be refilled are much higher than usual, so the supply is taking much longer to get delivered. 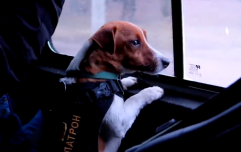 END_OF_DOCUMENT_TOKEN_TO_BE_REPLACED

Also, according to CNBC, beer sales in Russia have fallen by about a third in recent years due to rising duties and harsher restrictions on advertising, and suppliers were not expected the arrival of thousands of football fans to reverse that trend.

To be fair, Russia isn't hugely known for their beer selection, and this guy had the same thought we did when we heard about the shortage:

Due to the #WorldCup, several bars and restaurants in Moscow say they are running low on beer. One word: Vodka!

popular
Nearly €400k worth of cannabis seized in Galway
An exciting Irish crime thriller is among the movies on TV tonight
QUIZ: You'll need to be razor-sharp to get 100% in this General Knowledge Quiz
Disney+ has just added 10 big movies to its library
The JOE Music Quiz: Week 117
The JOE Friday Pub Quiz: Week 307
QUIZ: Match The Simpsons quote to the character who said it
You may also like
1 week ago
Sabina Higgins condemns "illegal" Russian invasion of Ukraine following backlash to letter
2 weeks ago
Clare Daly named on Ukraine security list of people who allegedly promote Russian propaganda
2 weeks ago
Chess robot grabs and breaks finger of seven-year-old boy after he "violated rules"
1 month ago
Russia leaves Snake Island where guards told warship "go f*** yourself" months ago
1 month ago
WATCH: J.K Rowling tricked by Russians impersonating Zelensky on Zoom call
2 months ago
"Rocky" years ahead for consumer energy prices in wake of Russian oil ban, warns Taoiseach
Next Page