A YouTuber family from the UK are selling their fans a doll version of their four-month-old son.

The Ingham family, vloggers on YouTube and led by parents Chris and Sarah, have garnered themselves an impressive 1.2 million subscribers for chronicling the lives of their four young children.

END_OF_DOCUMENT_TOKEN_TO_BE_REPLACED

The Inghams posted a video titled, "WE HAVE A VERY SPECIAL SECRET TO TELL - HUGE ANNOUNCEMENT!" on their YouTube channel in July and said they'd created a life-like doll of their son in collaboration with doll shop Mary Shortle.

"We are beyond excited to be working with the lovely Mary Shortle on this beautiful, beautiful, beautiful, strictly limited edition baby Jace," Sarah said in the video. "This was made to represent Jace when he was two weeks old, similar to the age in the photo that you will receive on the birth certificate if you buy one of these beautiful baby Jace dolls.

"I can't believe how like him it is. It's exactly the same. Especially when Jace has his hat on, it's so cute. This is little Jace and there's going to be 250 of these made. That's all. Once they're gone, they're gone." 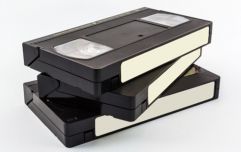 WATCH: This person bought a VHS tape labelled "A Surprise" in a junk shop, then something wonderful happened

END_OF_DOCUMENT_TOKEN_TO_BE_REPLACED

Clip via The Ingham Family

The toy company who are making the doll on behalf of the family said the doll is based on baby Jace at two weeks old.

"The realistically adorable features allow you to have your own little Jace!", the company wrote online.

Speaking to Buzzfeed news, Chris Ingham said the doll is not "a replica doll of Jace or even one that has been manufactured to look like him. But a normal baby reborn doll that was called Jace Ingham and meant to represent our baby boy."

popular
Netflix has just added 23 very big movies to its library
The JOE Friday Pub Quiz: Week 308
Controversial influencer Andrew Tate banned from Instagram and Facebook
One of 2022’s best hidden-gem comedy series is available to stream
Fine Gael announces special screenings of Michael Collins movie in 19 cinemas across Ireland
Pilots fly over destination airport at 37,000 feet because they were both sleeping
Multiple fatalities after planes collide mid-air over California airport
You may also like
2 days ago
WATCH: The full trailer for Cobra Kai season 5 has landed
1 month ago
Fan remakes Simpsons: Hit and Run as open-world game and it looks amazing
9 months ago
Cow escapes field, heads to resort and gets stuck on water slide
1 year ago
Mafia fugitive caught after police found his cooking videos on YouTube
1 year ago
Netflix making The Trial of the Chicago 7 free to watch on YouTube for 48 hours
1 year ago
'Banned' documentary about the Queen temporarily leaked to YouTube
Next Page