The vlogger was filming in Japan's "suicide forest".

YouTube vlogger Logan Paul met with an enormous backlash over his decision to vlog about finding a dead body while visiting Japan. 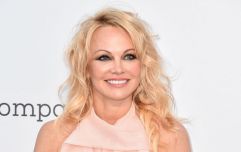 END_OF_DOCUMENT_TOKEN_TO_BE_REPLACED

Paul had been filming in Aokigahara, popularly known as the "suicide forest", in which an average of 105 people die each year. While being guided through the area, Paul and his friends discovered the man, before Paul went on to ask, "Dude did we just find a dead person in the suicide forest, hanging?"

In the original video, the 22-year-old insisted that they were visiting the area to make a lighthearted vlog about how people believed that Aokigahara was haunted.

However, after making the discovery and including the footage in his vlog, Paul was criticized for exploiting a victim's suicide for the purpose of getting online hits, while he and his friends appeared to make light of the situation while filming.

The video, which has since been removed opened with Paul insisting that he would not be monetising this specific piece of content. "This is not clickbait", he insisted. "This is the most real vlog I've ever posted on this channel and this is the most circumstantially surreal event that has ever happened in my life." 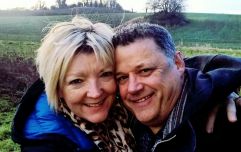 END_OF_DOCUMENT_TOKEN_TO_BE_REPLACED

Before the main video began, he added, "Buckle the fuck up, because you're never going to see a video like this again."

Paul has since apologised for his actions, saying "I didn't do it for views", before crediting himself for his prolific output.

"I get views", he added. "I did it because I thought I could make a positive ripple on the internet, not cause a monsoon of negativity."

"I do this shit every day. I've made a 15 minute TV show EVERY SINGLE DAY for the past 460+ days. One may understand that it's easy to get caught up in the moment without fully weighing the possible ramifications."

"I'm often reminded of how big of a reach I truly have & with great power comes great responsibility... for the first time in my life I'm regretful to say I handled that power incorrectly."