Loads to pick from tonight!

It is a very, very busy night on the small screen, so let us just get right down into it, shall we?

The first one. The best one.

Clint Eastwood directs Bradley Cooper in this Oscar-magnet biopic of the US army's most decorated sniper in history.

END_OF_DOCUMENT_TOKEN_TO_BE_REPLACED

The first one (of the new ones). The best one.

The first one. The best one.

Scar-Jo is forced to take some untested drugs that actually slowly begin to turn her into the world's most intelligent, most powerful being. Bonkers action sci-fi.

Four best friends head off on a trip to find a dead body in Stephen King's iconic coming-of-age teen drama. 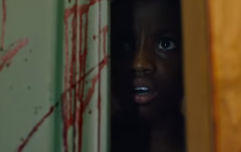 END_OF_DOCUMENT_TOKEN_TO_BE_REPLACED

Two young friends head into Dublin city to find an older brother so that he won't be alone for Christmas. Gritty but tender Irish movie.

Steve Coogan is the British journalist who decides to help Judi Dench's elderly Irish mother try to find her child, after the Catholic Church forced her to give her up for adoption in the States decades earlier. A very funny, very touching dramedy.

Michael Douglas is the legendary Liberace, Matt Damon is his secret gay lover, and this is the story of how they met, and how fame ultimately tore them apart.

Bruce Willis, Joseph Gordon-Levitt, and Emily Blunt get caught up in this futuristic time-travel action-thriller, which is about 100 IQ points higher than your average blockbuster.


popular
Here's Week 21 of JOE's 19 in 90 quickfire quiz
Interactive infographic shows real-time spread of coronavirus outbreak
Met Éireann issues four separate weather warnings as Storm Jorge approaches
Ireland's best places to work for 2020 have been revealed
QUIZ: What movie/TV show are these fictional sports teams from?
Japanese woman tests positive for coronavirus for the second time
Late Late Show to be broadcast from Limerick next month, and you can apply for tickets
You may also like
6 hours ago
Here are the 6 best movies on TV this Thursday
20 hours ago
Rian Johnson says Apple won't let villains use iPhones in films
21 hours ago
Creed 3 finally happening as a new writer joins the series
21 hours ago
The hunt is on for a new Indiana Jones director
1 day ago
Here are the 6 best movies on TV this Wednesday
1 day ago
Behind-the-scenes footage reveals more of the incredible stunts in No Time To Die
Next Page