12 TV characters that deserve their own spin-off show

While there's plenty of new TV shows coming your way in the next few months, there's always the likelihood that some of your most beloved characters will eventually be given their own starring vehicle. In this case, just pray that the show ends up being more like Frasier than Joey.

With this in mind, we've decided to look at those TV characters that could definitely stand on their own two feet.

The Hound from Game of Thrones

We love him because: He's gruff, tough and loves to fight, drink and swear. What's not to love?

What to do: It would be very cool to see the formative years of the young Sandor Clegane and how the rivalry with his brother 'The Mountain' got so heated. Setting any spin-off during 'Robert's Rebellion' would also give us a good insight into how he became one of the most fearsome killers in Westeros. 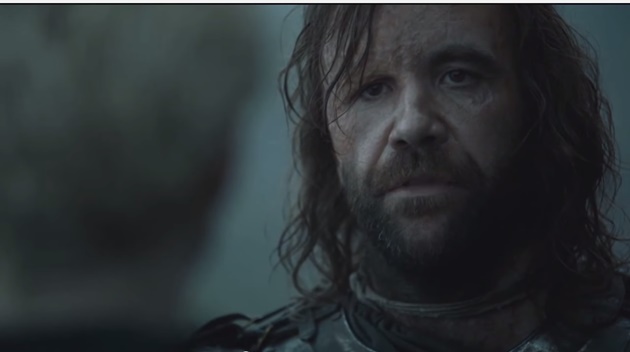 Brother Mozoune from The Wire

We love him because: Intelligent, calm and utterly ruthless when putting away his enemies. He's the very definition of a character that you're begging to know more about because his chilling streak was even enough to impress Omar.

What to do: We only meet him in Season 2 but how did this drug enforce/hitman actually rise to power in New York before heading to Baltimore? Any character that reads magazines like The Economist and The Atlantic, in between burying bodies, definitely demands more attention. 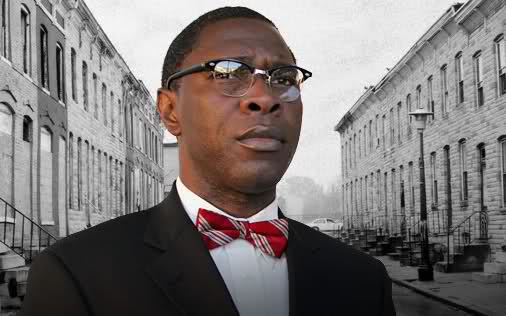 END_OF_DOCUMENT_TOKEN_TO_BE_REPLACED

We love him because: He's the finest cleric to ever come out of Limerick and he always insisted on being called by his proper title, you little bollocks.

What to do: There's only one question that we need answering, how's the son? Imagine seeing the depraved stuff that Len got up to in America.

The Todd from Scrubs

We love him because: High fives, self  fives, mental fives, air fives, the gym,  banana hammocks and talking about himself in the third person. This one scene defines his very essence.

What to do: Let's see 'The Todd' in college.

We love her because: She's Machiavellian and a remorseless killer. Still though, fans of the show wills still route for her.

What to do: What happened between the end of Season 3 and the most recent episodes?

Moe from The Simpsons

We love him because: He's angry and violent, plus he was was once caught driving without any pants by the police. If you need another reason then  why the hell did he have pandas and whales in his stockroom? I'd love to see the type of people that Moe hangs out with.

What to do: What happens in his bar when Homer's not around?

We love him because: Any man that's willing to do 'that' with a box cutter clearly needs his story told.

What to do: Let's see his journey from low level criminal in Chile all the way up to challenging Walter White in New Mexico.

We love him because: He's the world's first analyst and therapist, an anal-rapist in his own words (he was almost arrested for those business cards). Our favourite never-nude is also an ample understudy for the Blue Man Group and a fine actor.

What to do: Carl Weathers has taught him well, it's time for Tobias to chase his Hollywood dream.

We love him because: Womanizer, drinker, smoker and a war hero but he's also fiercely loyal and protective of those closest to him.

What to do: A show where he has to acclimatise to society after returning from WW2 would be fun.

Jean-Ralphio from Parks and Recreation

We love him because: Pilllllllllls baby! It's such a shame that Entertainment 720 didn't work out but we imagine that this setback wouldn't deter Pawnee's greatest baller, player and co-proprietor of the Snakehole Lounge.

What to do: He's currently in Tajikistan so that should be pretty interesting.

We love him because: Dating an endless list of women, drinking even more beers, smashing opponents in two, battling countless hangovers, barely talking and yet he's still effortlessly cool.

What to do: Texas forever so there's only one option. Let him and Billy open up a bar in Dillon.

Frank and Charlie from It's Always Sunny in Philadelphia

We love them because: The gruesome twosome are arguably the finest TV duo of the modern era, we even wrote a detailed piece about it here, and when they're not boiling denim, fishing for crabs or pooping the bed - Frank's endless schemes would keep anyone entertained.

What to do: Maybe they fancy living in a dump? Perhaps Frank wants to open a few more sweatshops in Vietnam? There's also a chance that the demand for wolf cola, crowtein or denim chicken could go through the roof. Who knows?

Do you have any more suggestions that you would care to add? Let us know what they are.