One of the most controversial scenes from the show will be re-edited.

13 Reasons Why is one of the most talked-about television shows in recent history.

It aimed to tackle a number of serious subjects throughout the series, including sexual abuse, drug abuse, gun violence and suicide, but many felt it did so in a reckless manner. 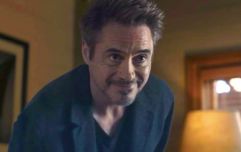 END_OF_DOCUMENT_TOKEN_TO_BE_REPLACED

And ahead of the release of its third season, Netflix have announced that a scene graphically depicting the suicide of the main character, Hannah Baker, will be re-edited.

Show creator Brian Yorkey released a statement explaining the situation, which read: "It was our hope, in making 13 Reasons Why into a television show, to tell a story that would help young viewers feel seen and heard, and encourage empathy in all who viewed it, much as the bestselling book did before us.

"Our creative intent in portraying the ugly painful reality of suicide in such graphic detail in Season 1 was to tell the truth about the horror of such an act, and make sure no one would ever wish to emulate it.

"But as we ready to launch Season 3, we have heard concerns about the scene from Dr Christine Moutier at the American Foundation for Suicide Prevention, and have agreed with Netflix to re-edit it. 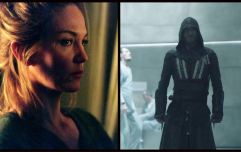 Disney+ has just added 9 huge movies to its library

END_OF_DOCUMENT_TOKEN_TO_BE_REPLACED

"No one scene is more important than the life of the show, and its message that we must take better care of each other. We believe this edit will help the show do the most good for the most people while mitigating any risk for especially vulnerable young viewers."

The series and scene were criticised by many, with the Samaritans UK stating: “It is extremely concerning that a drama series, aimed at a young audience, can be produced outside of the UK and made available to UK audiences and yet not subject to UK media regulation.”

Season 3 of 13 Reasons Why is due out in October of this year.

Lorna Fraser, Executive Lead Samaritans’ Media Advisory Service, also commented on Netflix's decision to make the edit to season one of 13 Reasons Why: 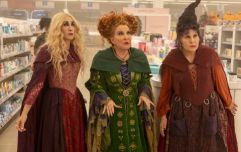 END_OF_DOCUMENT_TOKEN_TO_BE_REPLACED

"We welcome Netflix’s decision to edit out the suicide scene from the first season of 13 Reasons Why, Fraser said.

"We raised our concerns over the content and have been working with the Netflix team here in the UK to provide advice on the safe portrayal of suicide, including viewer support and signposting to helplines such as Samaritans.

"While covering difficult topics in drama can help to increase understanding and encourage people to seek help, it’s important this is done in a responsible way, due to the evidenced risks associated with covering this topic in the media.

"Programme makers should always seek advice from experts on the portrayal of suicide, to ensure any risk to vulnerable viewers is minimised. Samaritans publishes Media Guidelines for Reporting Suicide and has been working with UK media for over two decades, providing advice on how to cover this topic safely.

"We would encourage anyone who is struggling to reach out for help. People can contact Samaritans for free from any phone at any time of the day or night on 116 123, by text 087 260 90 90 or email jo@samaritans.org or go to www.samaritans.org to find details of your nearest branch of Samaritans.”