These are all too real. Hands up if you can relate...

With RTÉ having announced their plans to "address key issues, fight for its future and for public service media in Ireland," the broadcaster is addressing their financial issues.

Sadly, this involves a large number of staff cuts that are expected to be made in 2020.

On top of this, they'll be introducing a 15% pay reduction for their highest-earning presenters as the broadcaster attempts to reduce projected costs by €60 million over three years (2020-2023).

Granted, the severity of job losses isn't lost on anyone and that's where the main concern lies. Aside from this, the decision to move Lyric FM away from Limerick while closing various online digital radio stations is sad too.

Nothing can diminish the severity of those points.

However, amidst the detailed plan that RTÉ published, the demise of Aertel has really struck a chord with Irish people of a certain age.

Perhaps it's the nostalgia factor? Maybe it's Aertel's close association with childhood memories and moments.

Whatever the reason is, here's why Aertel will always hold a special place in the hearts of some Irish people.

END_OF_DOCUMENT_TOKEN_TO_BE_REPLACED

Irish goal scorers were always noticeable because their names were spelled with a green font. Granted, that seems like a trivial detail in today's climate of live tweeting and instant information, but that addition was very handy.

Following your favourite team was agony because the scores always took an eternity to update and if there were two pages of fixtures, you'd have to wait until the page switched back to the one with your team on it.

The sense of excitement when watching/hoping for a goal to come is hard to beat.

Even if the page did update and your team scored, you never really did fully trust this piece of information because there were too many times when the scores were wrong.

I'd genuinely check it every single day to see who Manchester United were linked with. A wonderful waste of time and an essential read in the morning. 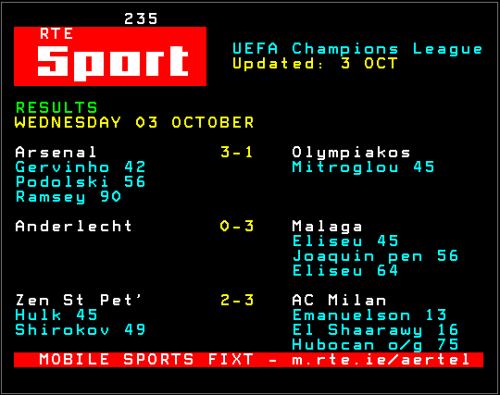 Ah, the hold button. You had to be quick and attentive to get the best use our of it. A lifesaver for when you were desperately waiting on information for...

Getting the local cinema times was like an epic quest.

Why? Well ,if you missed your local cinema schedule, you had to wait through pages and pages of other listings. 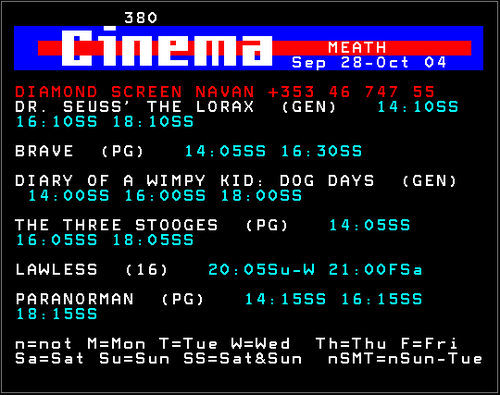 This might just appeal to this particular author because I played DDSL (Dublin District Schoolboy League) football, but Aertel would be the go-to location to see if the rain meant that your local pitch was called off over the weekend.

If you saw the name of the ground where your team were scheduled to be playing, you were instantly calling your manager to see if the game was on. 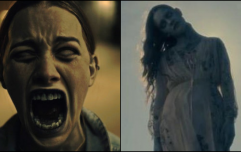 END_OF_DOCUMENT_TOKEN_TO_BE_REPLACED

Hands up if your mam was obsessed with checking the package deal holidays that were displayed on Aertel?

Christ, there must have been 40 pages of information to go through and if there was one package holiday that she really liked, the chances are that she didn't jot down the name and number of the travel agent in time.

Cue an extended period of waiting through 39 pages of text to get back to the page your mam wants to read.

If you're parents were collecting someone from the airport, they'd probably spend all day checking the page to see when the flight landed.

Long before Twitter, page 103 was the go-to place for instant news headlines.

If memory serves right, the brief description of the films on TV were usually very passive-aggressive. "An average rom-com starring Tom Hanks and Meg Ryan. The plot's predictable but it passes the time" - or something of that ilk.

Anyone remember page 180? It had the 'What's on TV- Now and Next' guide. A lifesaver. 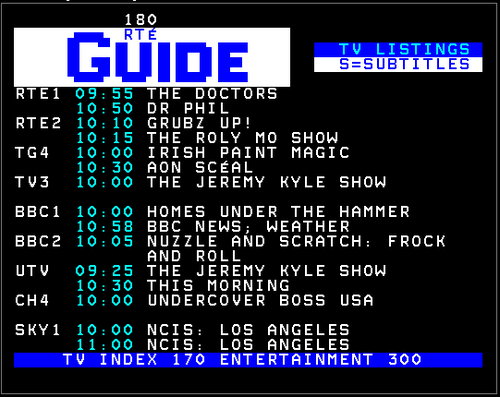 Did your dad ever ask you to check who won the 3:20 at Sandown? There are still pubs in Ireland where a bunch of auld lads are all huddled together as they watch the Aertel pages change.

It's the only source of information that they trust.

Horoscopes are all a load of shite, but it was reassuring to check them whenever you were bored and just wanted something to scroll through.

As for the birthday graphics, cutting edge, eh?

It. Was. Always. Checked. 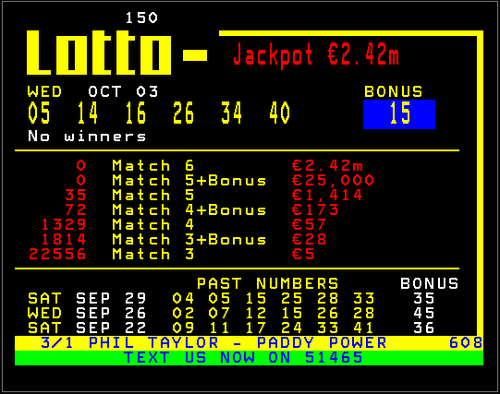 Anyone else love playing the Chanel 4 teletext game Bamboozle? 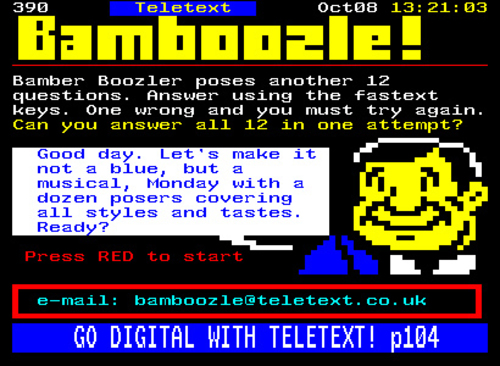 Page 888. You rarely needed them, you rarely used them. We'd wager that you still remember the page number though!

We end on a serious note...

Older generations of TV viewers aren't very tech savvy and don't rely on Internet or smartphones for information. While the demise of Aertel is viewed through a more nostalgic prism by people like me, it was useful for older people.

RIP Aertel, it was beautiful while it lasted.