In Tim's case, he decided to show up to training hungover and then introduce himself to his new coach.

2) Deal with stress in your own way.

In his own words "I’ll tell ya what, you know what’s good before a game? Getting laid…A LOT…know what I mean?".

3) Accept the fact that you have problems.

If something can be said in five words then Tim will probably just use two. Be like Tim.

When in doubt, just ask yourself this one question, 'what would Riggins do?'. Here's his idea of a motivating speech to some younger players.

"Too late, play's over. You waited too long to make a decision. Now we lost the game because of you, now we're not going to state, and now the whole town of Dillon hates you and you're never going to get laid. FACT.".

6) Make time for your friends.

Remember when Matt was at an all-time low when all of the following happened; Carlota left him, J.D McCoy took his starting spot and his grandmother's health started to deteriorated? Riggins decided to take him his friend out of school and go on the lash.

They also went hunting together. Now that's a true friend. 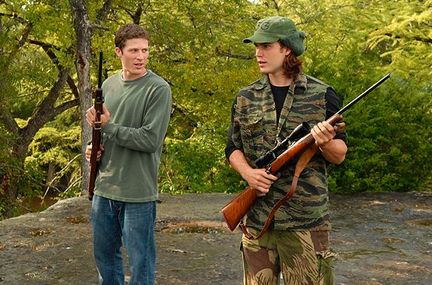 Who can forget those memorable trips to Mexico and New York with his best friend Jason Street.

Remember that other time when he brought Becky shopping for a dress when her mom bailed on her?

What about the moment when he refused to let Lyla give up on her college dreams by staying with him in Texas?

None of these compare though to that scene when he decided to take the fall for Billy's mistakes and go to prison, just so his nephew could grow up with a father. 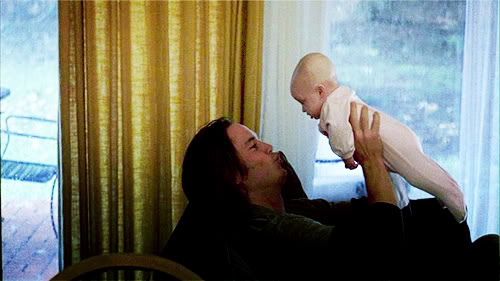 Riggins has been with so many women in Dillon that he's probably ran out of potential girlfriends.

Tim's excuse for being let out of class "No, I told 'em I was pregnant and I just needed a few days to relax". See, he's also intelligent.

"That’s not racism man, I just don’t like him".

"I got these books, that are like, 800 pages long. Where's the ME time?". Classic Riggins.

13) Don't be afraid of public speaking.

"Hey, uh, How about Saracen sleeping with the coach’s daughter?". Funny and he absolutely burned his friend in public.

14) Always be honest with people

15) Know your true friends and be proud of your hometown.

If you do all of these things then you'll be able to walk around town with your head held high.

popular
Simon Cowell concerns fans with appearance as they 'don't recognise him'
The JOE Friday Pub Quiz: Week 323
Miss Croatia wears revealing outfit at World Cup game despite Qatar's dress code
Netflix has just added 30 big movies to its library
Orange is the New Black actor Brad William Henke dead aged 56
Bad Sisters stars snap back at New York Times article that called them British actors
Temperatures set to drop to freezing this weekend as Christmas predictions emerge
You may also like
3 days ago
Prime Video reveals its line-up of new shows and movies arriving in December
4 days ago
One of the best movies of the decade has just been added to Netflix
4 days ago
Prime Video has just added 26 very big movies to its library
1 week ago
TG4 reveals full line-up of movies airing over Christmas and New Year's
1 week ago
All of the big new Netflix movies and shows arriving in December
1 week ago
You can watch Netflix's new heist series NINE MILLION different ways
Next Page