One of the best movies of the decade is on tonight. (No, not Scary Movie, which is also on...)

Sunday evenings are perfect for movies, aren't they?

Whether you're heading to the cinema for one of the new releases (which we reviewed in full right here), or checking out one of the genuinely decent picks of the flicks on the small screen this evening:

Will Smith and Margot Robbie help to elevate this kinda messy, but kinda-fun-if-you-allow-it-to-wash-over-you-way. A group of villains are hired by the government to stop an even bigger, badder villain from destroying the world. Stuff explodes.

In the running for maybe the best superhero movie ever made, as the characters of Xavier's School for the Gifted find themselves on the run from a government agency who wants to put their powers to nefarious use.

A family begin to fear that their home is haunted, but when a paranormal specialist comes to visit, they discover that it isn't their home, but their young son who is the source of the haunting. 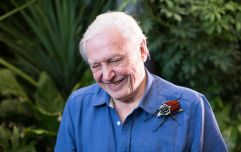 END_OF_DOCUMENT_TOKEN_TO_BE_REPLACED

An all-star cast (Rachel McAdams, Mark Ruffalo, Michael Keaton, Liev Schreiber, Stanley Tucci, John Slattery, Billy Crudup, Richard Jenkins) feature in this true-life story about a group of journalists who uncover the truth of abuse within the church in Boston, and the huge cover-up surrounding it.

Seth Rogen and Rose Byrne go to war with a group of frat boys, headed by Zac Efron, when they move in next door, making it impossible to sell their home.

Scorsese. DeNiro. Pesci. Liotta. One of the greatest crime movies ever made.

The original and best of the series, although this came out in the year 2000, so it will be interesting to see if the comedy still holds up. After all, it does contain a scene in which the killer bends like in The Matrix, before floating into the air and doing a Riverdance. So..... comedy?

Ashley Judd is sent to prison for killing her husband, only to discover that he faked his death to get the insurance money. So once she gets out, and finds out that she can't be prosecuted for killing him a second time (which isn't entirely accurate, as it is a different murder, taking place at a different time, in a different place, but sure listen, Hollywood!), she decides to get revenge, with Tommy Lee Jones as the fugitive hunter (he loves hunting fugitives, doesn't he?) trying to stop her.


popular
Take some time to watch the music video for James Blunt's 'Monsters'
The JOE Movie Quiz: Week 38
Barry Keoghan has never looked scarier than he does in Calm With Horses
Heavy snow impacts flight schedule at Knock Airport
QUIZ: Name the missing word from these famous Dumb and Dumber quotes
Chinese student who travelled from Wuhan in isolation in Waterford as precautionary measure
Edge makes electrifying return at WWE Royal Rumble
You may also like
10 hours ago
Here are the 6 best movies on TV tonight
1 day ago
What is the best Will Smith movie?
1 day ago
OFFICIAL: Season 6 of Peaky Blinders is now in pre-production
1 day ago
Here are the best films on TV today
1 day ago
The JOE Movie Quiz: Week 38
2 days ago
Here are the 15 best movies on TV this Saturday
Next Page