"Thank you for making me a part of this."

For a long time, scientists have pondered the next steps that humankind will take in the endless forward march of evolution. But we already have the answer.

The pinnacle of evolution is: Muppets.

The clearest illustration of Muppet supremacy came in the form of 1992 film The Muppet Christmas Carol.

A faithful retelling of Charles Dickens' classic novel — featuring Gonzo the Whatever as Charles Dickens, with Rizzo the Rat as his New Jersey wise-guy sidekick — the movie tweaks the details just enough to make it just as much about the Muppets as it is about Dickens.

In the original, for example, Bob Cratchit is not a frog. However, is the character improved by being made a frog? Indisputably yes.

Kermit the Frog possesses a humanity that humans can only aspire to. It has always been the case, and the role of Bob Cratchit afforded him an opportunity for him to play with his emotional range.

Similarly well-cast are Sam Eagle and Fozzy Bear. Sam, a naturally austere and disciplinary figure, steps into his role as Scrooge's schoolmaster with seamless ease.

Similarly, Fozzy takes the role of Mr Fezziwig — a jovial employer from Scrooge's youth — a perfect fit for the comedian bear.

The standout performers are Statler and Waldorf. Known for stealing the show during Fozzy's stand-up sets on the original Muppet show, their brief performance in The Muppet Christmas Carol yields perhaps a career moment for the pair.

END_OF_DOCUMENT_TOKEN_TO_BE_REPLACED

Jim Henson Studios split the character of Jacob Marley into two in order to facilitate the haunting duet of 'Marley & Marley', one of the strongest musical numbers in the history of The Muppets, which is far from a mean feat.

But top notch music is a reliable staple of Muppet movies. Whether they are taking Manhattan or recreating the pirate tales of Robert Louis Stephenson, Muppet movies produce banger after banger. Their take on A Christmas Carol is no different, also including 'One More Sleep Til Christmas' and 'Scrooge'.

Christmas movies that are human-focused do not offer the same kind of positive impact that TMCC boasts. Another favourite of the genre, for example, is Home Alone. Home Alone. A movie where the family scenes are somehow more stressful than all the scenes where Joe Pesci and his friend are trying to murder a child.

Indeed, such depravity has now infected the soul of society that the public at large is content to tell itself that Die Hard is Christmas film.

An action film set during a Christmas party, Die Hard is a film that extols all the worst elements of American arrogance — there is little Christmas spirit in themes like economic terrorism and machine guns. And that's just the goddamn truth.

Sadly, even in our nostalgia-obsessed society, The Muppets are not given the credit that they deserve. 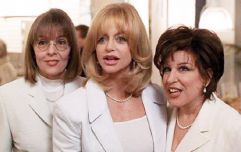 END_OF_DOCUMENT_TOKEN_TO_BE_REPLACED

Indeed, such is our under-appreciation for The Muppets that the very word "Muppet" is used pejoratively. As an insult. In reality, "muppet" is perhaps the highest honour you could possibly bestow on somebody.

Fittingly, The Muppet Christmas Carol is a movie that has morals beyond a disorderly child foiling the plans of extremely sinister men, who have likely committed a litany of similar grizzly crimes in the past.

Its gentle humour — based on puns and visual gags and breaking the fourth wall — is ideal for children. Another exchange, between Rizzo and Gonzo (who is famously sexually attracted to chickens), brings out the bigger guns:

Rizzo the Rat: "I fell down the chimney and landed on a flaming hot goose!"
Great Gonzo: "You have all the fun."

But it's not about the jokes.

The story of Ebenezer Scrooge is the fundamental story upon which sound moral philosophies are based on. That we should share, and share alike. That amassing wealth for the sake of wealth is morally repulsive, and directly contributes to the poverty of others.

The ghost of Christmas future — which looks like it inspired Peter Jackson's ringwraiths — reveals that those driven by greed are loved by none and will die in sorrow. A moral that so many in today's world would do well to remember. 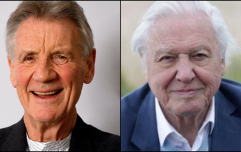 END_OF_DOCUMENT_TOKEN_TO_BE_REPLACED

Clip via A. Lacerda

A Christmas Carol is a parable, but much like the word of God, the correct messenger is necessary to spread the gospel. In the case of Dickens' work, that messenger is the Muppets.

Even though Muppets are similarly laboured with concerns of the flesh — we know that they need to eat, and we know that they have romantic relationships — they are purer of heart than humans, who crave only material wealth, and power.

Muppets place a higher premium on the intangibles of life: joy, entertainment, laughter. They are all the better for it.

Very few movies are made with the explicit intention of elevating the audience, whether intellectually or morally. The Muppet Christmas Carol makes no secret of this goal, because it can't possibly.

It's so fundamental to Dickens' original tale that the messages of altruism and charity are front and centre of the movie at all times. If we were all to embark on the journey along with Scrooge, we would end the movie as better people than we began it.


popular
Here's Week 21 of JOE's 19 in 90 quickfire quiz
Interactive infographic shows real-time spread of coronavirus outbreak
The 50 most iconic songs of all time* have been revealed
Galway parish reports record high attendance at Ash Wednesday drive-thru
Emirates is recruiting new cabin crew members in Galway for tax-free jobs
Rallies prove that Sinn Féin are playing the game better than anyone else right now
Singer Duffy reveals she was drugged and raped while being held captive
You may also like
3 days ago
The JOE Movie Quiz: Week 42
4 days ago
QUIZ: How well do you know these video game movies?
5 days ago
Donald Trump takes aim at Parasite's Oscar win because the movie is from South Korea
1 week ago
Ben Affleck reveals he quit Batman role over fears he'd "drink himself to death"
1 week ago
Here are the best movies on TV tonight
4 days ago
5 new Netflix additions to spend your weekend watching
Next Page