Al Pacino joins Quentin Tarantino's Once Upon A Time in Hollywood

Al Pacino is the latest legendary actor to join Quentin Tarantino’s star-studded Once Upon a Time in Hollywood.

The film takes place during the height of hippy Hollywood. It centres around Rick Dalton (played by Leonardo DiCaprio), the former star of a western TV series, and his longtime stunt double Cliff Booth (Brad Pitt). 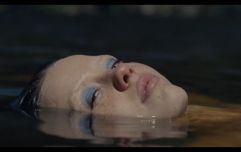 END_OF_DOCUMENT_TOKEN_TO_BE_REPLACED

Their struggles are plentiful as they arrive in a Hollywood they don’t recognise anymore. Both men take it upon themselves to embark on an odyssey to make a name for themselves in the film industry during the Charles Manson murders in 1969 Los Angeles.

According to Variety, Pacino will play Marvin Shwarz — Leonardo DiCaprio’s character’s agent in the Sony film.

Pacino recently drew strong reviews for his portrayal of Penn State coach Joe Paterno, and will next appear in Martin Scorsese’s The Irishman.

What makes this cast quite interesting, despite being absolutely rammed-to-the-brim with big names, is that this will be the first film in which both Leonardo DiCaprio and Brad Pitt star.

END_OF_DOCUMENT_TOKEN_TO_BE_REPLACED

Rumours were far-flung around the world at that stage claiming that Good Will Hunting producers and directors were mad to get Di Caprio and Pitt together before they found Matt Damon and Ben Affleck.

Damon would then, of course, subsequently go on to work with Leonardo DiCaprio in The Departed and Brad Pitt in the Ocean's Eleven trilogy as well as cameo together in Confessions of a Dangerous Mind.

Just last month, Margot Robbie confirmed that she was playing the role of actor Sharon Tate, the starlet who was one of the victims in the Charles Manson murders, in the film.

The film is set to be produced by Tarantino, David Heyman, Shannon McIntosh and is set for release on 9 August 2019.

popular
Mrs Brown’s Boys creator Brendan O’Carroll hits back at "woke" critics
Welder awarded €15,000 for unfair dismissal despite admitting to drinking alcohol before work
Two arrested and charged over 2021 death of four-year-old boy in Limerick
The JOE Friday Pub Quiz: Week 315
WWE Tough Enough winner Sara Lee has died, aged 30
QUIZ: Can you name all the counties in Ireland without the letter 'L'?
Here's the line-up for this week's episode of The Late Late Show
You may also like
1 day ago
Alec Baldwin reaches settlement with family of Rust filmmaker Halyna Hutchins
2 days ago
Amazon Prime Video has just added 37 big movies to its library
2 days ago
10 years ago today, the scariest movie ever made (according to science) was released
3 days ago
Netflix reveals full line-up of new shows and movies arriving in October
3 days ago
WATCH: Will Smith's first post-slap movie releases a very powerful trailer
3 days ago
One of the best dramas of the 2010s is among the movies on TV tonight
Next Page