…unless the open road is full of idiots. You know the ones. We’re talking about the rude, the bad and the ugly drivers that ruin our roads on a daily basis.

Here’s our definitive list of annoying drivers that you’ll meet on Irish roads!

The overtake and slow down guy

There’s nothing worse than someone whizzing past you and then slamming on the brakes.

Do they have a phobia of driving behind someone? Are you involved in some kind of passive-aggressive game that you just don’t understand? Or are they just terrible human beings? You decide.

People who don’t use indicators 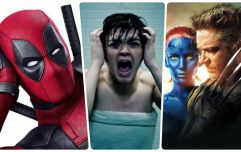 END_OF_DOCUMENT_TOKEN_TO_BE_REPLACED

Don’t mind us. You might be surprised to know that other road users can’t actually read your mind.

That’s why your fellow road user start making evasive manoeuvres every time you swing right with no warning. Those little lights on your car aren’t just for Christmas, you know.

You won’t truly know hate until you’ve driven down an icy road in mid-Winter with someone driving inches away from your rear-end.

Maybe they’re trying to test a pioneering form of front bumper airbags. Or they’re just inconsiderate morons with no regard for your personal safety.

No, no – don’t worry about dimming your lights. I don’t need to see the road or my external surroundings when I’m driving towards you in my car.

I’m actually a Jedi knight who can navigate the road simply by using the Force.

This is admittedly a country road thing but it doesn’t take much to raise a finger or give a wave of acknowledgment to other drivers. Especially if the person coming towards you has already extended a friendly gesture.

You know the one. They overtake four cars coming into a town, go around the wrong side of a traffic island because there’s no space, and then force everyone else to slow down to let them back in. All so they can shave 10 seconds off their journey time.

Everyone has to learn but some people should really do it away from the general populace. The nervous learner driver is best known for having panic attacks after stalling at a junction. They can commonly be seen having an existentialist crisis while trying (and failing) to manoeuvre a roundabout.

The boy racer thinks that driving a one-litre hatchback with tinted windows and a daft spoiler magically transforms them into a rally driver. They put the reckless into “reckless driving.”

Not to mention the noise pollution they cause with exhausts that sound like a cross between a thunderclap and a chainsaw.

This isn’t just someone who’s getting on a bit – the ancient driver is older than dirt. They consistently drive at 40kph because that was a car’s top speed when they learned to drive.

The only thing more dangerous than their failing eyesight, wandering mind and poor reaction speed is their conviction that they’re always in the right.

The guy with road rage

Classic road rage behaviour includes hammering the horn within milliseconds of a traffic light turning green and chasing someone in a threatening manner for three kilometres because of some perceived slight.

This driver thinks that yellow boxes are purely for decorative purposes. They’re typically seen blocking up a junction and shrugging their shoulders at other drivers as if to say “I have no idea how this happened.”

They’re also practised in the art of staring straight ahead when they cause absolute chaos in rush hour by refusing to wait their turn.

These drivers make you want to cry out for some heroes to make our roads a safer, happier place - heroes like Ponch and Jon from the new remake of CHiPs.

They may be unconventional but they get the job done… more or less! CHiPs is out now in cinemas.

popular
The JOE Friday Pub Quiz: Week 220
The JOE Movie Quiz: Week 80
Harry Styles hits back at critics who told him to be more 'manly'
The 50 most iconic songs of all time* have been revealed
Here's Week 58 of JOE's 19 in 90 quickfire quiz
Here are the 6 best movies on TV tonight
The JOE Music Quiz: Week 36
You may also like
21 hours ago
WIN a €250 gift card to spend at Stillorgan Christmas Village and check out these perfect gift ideas
1 day ago
Loads of Irish trying their luck for the $243 million Powerball lottery draw
4 days ago
First-time buyers in Dublin, Meath or Louth: This virtual First Time Buyers Masterclass will kickstart your mortgage
1 week ago
Top tips to ensure a safe online shopping experience on Black Friday and Cyber Monday
1 week ago
Vodafone offers €200 off brand-new smartphones when switching to an Unlimited Bill Pay plan
1 week ago
Get €100 off these smartphones when you switch to Vodafone Pay as you go
Next Page