It appears that Always Sunny star Rob McElhenney is in Ireland

Think you can get your gang together and meet Mac?

We know what you're thinking. The chances of bumping into Rob McElhenney in Ireland are practically impossible.

However, to quote Mac "well, first of all, through God, all things are possible, so jot that down," and if you follow him on Instagram, you're probably aware that the chances of bumping into him have significantly increased.

END_OF_DOCUMENT_TOKEN_TO_BE_REPLACED

If you don't feel like cultivating mass and being lazy, you might want to keep a close eye on McElhenney's Twitter and Instagram feeds because it appears that Ronald McDonald-himself (always funny) is on these shores.

Truth be told, he probably deserves a nice holiday after completing work on the most recent season of Always Sunny, which is set to premiere in the US on 25 September.

In the early hours of Thursday morning Irish time, the actor posted on Instagram to suggest he was about to embark on a long journey to Ireland and it wouldn't be his first time in these parts. 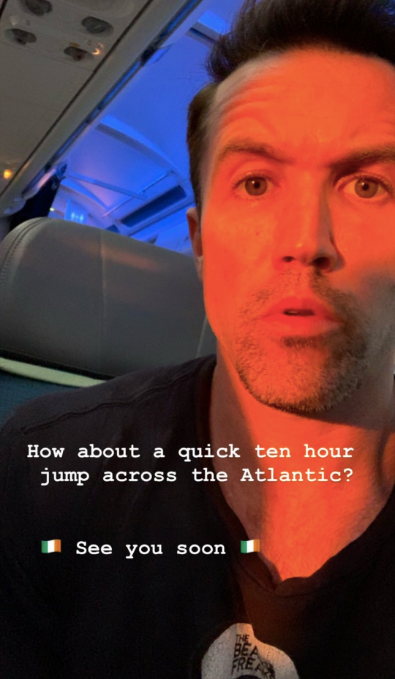 He's since posted a picture straight from the Guinness Brewery in Dublin, confirming our theories.

Four years ago, McElhenney visited Belfast along with Charlie Day.

We're fairly certain that every single person would love to recreate the 'Mac Day' episode with him, or make a few new episode of Project Badass.

popular
The 50 most iconic songs of all time* have been revealed
QUIZ: Can you get top marks in this quick general knowledge quiz?
Seth Rogen has "no plans" to work with James Franco again after sexual misconduct allegations
Minister for Housing invested €30,000 into real estate investment fund
WhatsApp to punish users unless they agree to new privacy changes in coming weeks
The JOE Movie Quiz: Week 101
RSA confirm online theory tests to come into effect later this month
You may also like
1 week ago
QUIZ: How well do you know Ted Hastings' one-liners from Line of Duty?
1 week ago
Each Line of Duty copper ranked by their likelihood of being H
1 week ago
Netflix’s new true crime documentary could be your next TV obsession
2 weeks ago
The Ultimate Oscars Quiz
2 weeks ago
The full list of all the new shows and movies coming to Netflix in May
2 weeks ago
Morrissey calls The Simpsons "racist" after showing him with his "belly hanging out"
Next Page