Apu is being dropped from The Simpsons to 'avoid controversy'

Apu Nahasapeemapetilon is being written out of The Simpsons, according to a producer of the long-running show.

Whilst Matt Groening, creator of the iconic three-fingered characters, has defended Apu, it appears his time has run out. 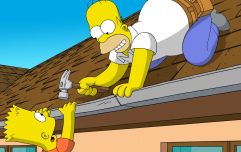 END_OF_DOCUMENT_TOKEN_TO_BE_REPLACED

Hari Kondabolu's documentary The Problem with Apu firmly put a spotlight on the problematic character, and many others have cited the character as racist portrayal of Indian-Americans. A recent episode attempted to defend the character, with Lisa stating: "Something that started decades ago and was applauded and inoffensive is now politically incorrect... What can you do?"

Hank Azaria, the voice of Apu, even hinted that could leave the show, amidst the fallout.

Adi Shankar, a producer on The Simpsons, has been attempting to crowdsource a script that he hoped would eventually be turned into an episode that would settle the problem once and for all.

But speaking to Indiewire, Shankar said: "I’ve verified from multiple sources now: They’re going to drop the Apu character altogether. They aren’t going to make a big deal out of it, or anything like that, but they’ll drop him altogether just to avoid the controversy." 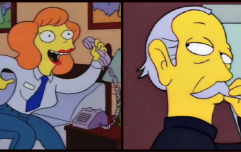 QUIZ: Name the celebrities who voiced these famous Simpsons characters

END_OF_DOCUMENT_TOKEN_TO_BE_REPLACED

Shankar added that he thinks it is a mistake to remove the character altogether.

"If you are a show about cultural commentary and you are too afraid to comment on the culture, especially when it’s a component of the culture you had a hand in creating, then you are a show about cowardice. It’s not a step forward, or step backwards, it’s just a massive step sideways. After having read all these wonderful scripts, I feel like sidestepping this issue doesn’t solve it when the whole purpose of art, I would argue, is to bring us together."

Groening, in an interview with the New York Times, said of Apu: "Well, I love Apu. I love the character, and it makes me feel bad that it makes other people feel bad."

popular
Nearly 100 flights delayed at Dublin Airport on Monday
Family of Ashling Murphy share heartbreaking tribute at Fleadh Cheoil
QUIZ: Can you get top marks in this short but tricky Irish geography quiz?
Motorcyclist in his 30s dies following two-vehicle collision in Kerry
Donald Trump says FBI agents 'raided' his Mar-a-Lago Florida home
RTÉ tries to solve Michael Collins murder in new documentary
4-year-old girl killed in Sligo caravan park named as Alice Dunleavy
You may also like
3 days ago
QUIZ: Test your skills to the limit with this General Knowledge Quiz
1 month ago
Fan remakes Simpsons: Hit and Run as open-world game and it looks amazing
2 months ago
QUIZ: Name the TV show from the end credits production logo
4 months ago
The Simpsons star reveals idea for long-awaited movie sequel
4 months ago
The JOE Music Quiz: Week 97
6 months ago
John Travolta's Irish accent has to be heard to be believed
Next Page