Marvel boss confirms that a fifth Avengers film will happen

The MCU is going into overdrive.

After Kevin Feige announced the plans for Phase Four of the MCU, we instantly started to speculate about who could be the next big villain for the new look Avengers to fight?

The smart money is probably on Galactus and his herald, the Silver Surfer, which would make for a very interesting saga but given the box-office success of Marvel's cinematic saga, we reckon the next incarnation of Earth's Mightiest Heroes will be better suited to fight a gigantic heap of demonic cash. 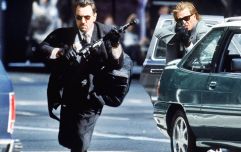 END_OF_DOCUMENT_TOKEN_TO_BE_REPLACED

Granted, that pile of money would have to take the shape of a monster, escape the vaults of Disney, and pose a serious risk to every superhero, but right now, Marvel has conquered all before it.

Truth be told, if you lined up al the money that the MCU made, it would probably collapse the earth due its weight.

Slight exaggeration, but you get our point.

Of course, the jewel in Marvel's crown - or the Tesseract in their Infinity Gauntlet, if you will - has been four Avengers films that have practically done the impossible, receive critical acclaim while tying together decades of storytelling and intricate plotting.

As comic book fans will know, there have been various different incarnations of the Avengers team but now that (SPOILER ALERT!) Tony Stark has said his goodbyes, it's clear that the team are going in a whole new direction.

In terms of character development, Spider-Man: Far From Home was a pretty clear indicator that Peter Parker is going to be a massive part of The Avengers v2.0 and if we had to guess, we'd say that Black Panther and Captain Marvel will also help fill the Steve Rogers/Tony Stark void.

When asked about a new version of The Avengers at Comic-Con,  Feige said: 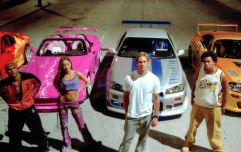 END_OF_DOCUMENT_TOKEN_TO_BE_REPLACED

"Yes. It will be a very different team than we've seen before.

"That's what Endgame was all about. It will be a very different incarnation of the team with some people you've already met and some you haven't met yet."

We love this 3,000 but there's still so much to get through in Phase Four of the MCU.

So, The Avengers are coming back, eh? Who would have though that the highest earning film of all time would get a follow-up?

In the immortal words of Barnard Arnold Gumble: "Hook it to our veins!"

popular
QUIZ: Is your General Knowledge up to scratch?
QUIZ: Can you identify which of these countries have the colour white in their flag?
The 50 most iconic songs of all time* have been revealed
40 to 50 age group will be called to register for a Covid-19 vaccine next week
The JOE Friday Pub Quiz: Week 243
The JOE Music Quiz: Week 57
Gardaí seize phone of Dublin publican amid Leo Varadkar leak inquiry
You may also like
1 day ago
RTÉ’s new series celebrating The Commitments looks unmissable
1 day ago
COMPETITION: WIN a copy of Eric Cantona's new Manchester United documentary, The United Way, on DVD
1 day ago
The original cast for The Fast & The Furious was going to be very, very different
1 day ago
Noel Gallagher hosting special career retrospective programme next month
2 days ago
Air date and special guests for Friends reunion episode unveiled
2 days ago
Here are the best movies on TV this evening
Next Page