Disney+ providing a great early Christmas present for its subscribers.

Arriving in cinemas in late October, it has been very exciting to see just how much Oscar talk there is around The Banshees of Inisherin.

The movie received an incredible 13-minute long standing ovation following its premiere at the Venice Film Festival - a reaction it very much deserved - before going on to arrive in cinemas around the world. 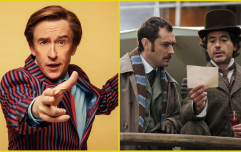 END_OF_DOCUMENT_TOKEN_TO_BE_REPLACED

We won't know until Tuesday, 24 January just how many nominations the movie will get, but thankfully we don't have that long to wait until we can watch it at home.

Check out our interview with Gleeson and Farrell right here: 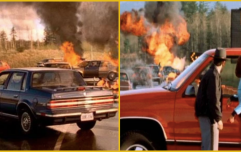 20 years on, this is still the greatest car crash scene in cinema history

END_OF_DOCUMENT_TOKEN_TO_BE_REPLACED

With a score of 97% on Rotten Tomatoes based off 257 critics, the reteaming of McDonagh, Farrell and Gleeson 14 years after In Bruges did not disappoint!

Just in case you didn't already know what the plot of the movie was:

"Set on a remote island off the west coast of Ireland, The Banshees Of Inisherin follows lifelong friends Padraic (Farrell) and Colm (Gleeson), who find themselves at an impasse when Colm unexpectedly puts an end to their friendship.

"A stunned Padraic, aided by his sister Siobhan (Kerry Condon) and troubled young islander Dominic (Barry Keoghan), endeavours to repair the relationship, refusing to take no for an answer. But Padraic's repeated efforts only strengthen his former friend’s resolve and when Colm delivers a desperate ultimatum, events swiftly escalate, with shocking consequences."

The Banshees of Inisherin arrives on Disney+ on Wednesday, 21 December.

Check out our interview with writer/director Martin McDonagh right here: