You made it to the weekend. Congratulations.

To celebrate, kick off your weekend in style by watching one (or two) of these fine films on offer this evening on TV.

In this tense, underrated crime thriller taking place over the course of one night, Jamie Foxx plays a cop with a connection to the criminal underworld who must rescue his kidnapped son.

While Zack Snyder's upcoming Army of the Dead will probably give it a run for its money, this Brad Pitt starring adaptation of Max Brooks' best-selling horror novel is the biggest zombie movie ever.

In David Fincher's breakthrough film, Brad Pitt and Morgan Freeman play detectives hunting down a serial killer who uses the seven deadly sins as a motif in his murders.

Alongside The Silence of the Lambs, Seven is one of the darkest thrillers ever put out by Hollywood and boasts an unforgettable ending. 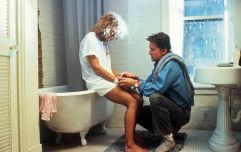 END_OF_DOCUMENT_TOKEN_TO_BE_REPLACED

This iconic 60's comedy-drama stars a fresh-faced Dustin Hoffman and features a wonderful soundtrack by Simon and Garfunkel.

Hoffman plays a disillusioned college graduate who begins an affair with an older woman and then becomes obsessed with her daughter.

Tom Cruise plays an inexperienced Navy lawyer who defends two Marines accused of murder. The Marines contend they were acting under the orders of their superior (Jack Nicholson). 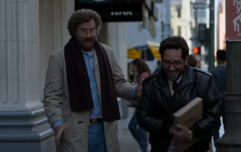 END_OF_DOCUMENT_TOKEN_TO_BE_REPLACED

Partly a rom-com, partly a political satire, Seth Rogen stars as a journalist hired to write speeches for his childhood crush turned politician (Charlize Theron) as she prepares to make a run for the US presidency.

Rogen and Theron have surprisingly good chemistry with the movie boasting plenty of funny if gross-out humour.

Danny Dyer stars as a Chelsea football hooligan who lives for violence, drugs and alcohol.

This devasting drama centres on a depressed uncle (Oscar-winner Casey Affleck) who is asked to take care of his teenage nephew (Lucas Hedges) after the boy's father dies.

If you don't want to cry, maybe skip this one - or at least Michelle Williams' big scene.