OK, there's no way of sugar coating things, there's not a huge amount of films on TV tonight.

But what we lack in quantity, we make up for with quality. 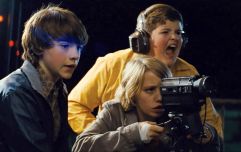 END_OF_DOCUMENT_TOKEN_TO_BE_REPLACED

Here's the pick of what's on.

One of the most iconic Bond films and Sean Connery's second outing as James Bond.

This one sees 007 sneaking around trying to steal equipment from Soviet Russia as those sneaky Soviets are up to no good once again.

One of the greatest comic book films of the last decade.

James Mangold creates a gritty and realistic take on Wolverine.

Did someone say... Sexual Chocolate?

If you’ve had a hard few days, this iconic Eddie Murphy comedy is guaranteed to provide some light relief.