It feels like it should at least be Tuesday next week by now, but no, we're still languishing here on Thursday.

As ever, there are a number of movies on TV for you to lose yourself in if that's what you're looking for.

END_OF_DOCUMENT_TOKEN_TO_BE_REPLACED

But, if you're not loving the TV options, we've put together a list of all the new movies and TV shows coming to the various streaming services this month.

Here are the best movies on TV this evening.

Liam Neeson being a bad dad but at least it's a really good film.

Liam Neeson being a bad dad part deux. Not a good film.

END_OF_DOCUMENT_TOKEN_TO_BE_REPLACED

Vince Vaughn and Owen Wilson take internships at Google after they lose their jobs selling watches.

Mel Gibson has his son kidnapped. He then uses the ransom money as a reward for the capture of the kidnappers. 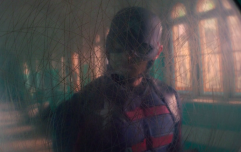 END_OF_DOCUMENT_TOKEN_TO_BE_REPLACED

A young Irish woman is left raising a child on her own after the man raising the child with her discovers it's not his.