Some of the biggest stars in the world have brand new movies out this month!

Animated comedies, huge Marvel blockbusters, spy thrillers, murder mysteries and Irish dramas are all on the menu for July.

END_OF_DOCUMENT_TOKEN_TO_BE_REPLACED

The sequel to the $1 billion+ grossing Minions movie from 2015 continues to show the road of friendship and super-villainy between a young Gru (still voiced by Steve Carrell) and the little yellow beings of mischief. It also features Jean-Claude Van Damme voicing a character called Jean Clawed. Which is great.

END_OF_DOCUMENT_TOKEN_TO_BE_REPLACED

The huge Marvel sequel brings back Natalie Portman as Jane Foster, who has been empowered by Thor's (Chris Hemsworth) old hammer, and the former couple team up to take down a new evil (played by Christian Bale), who is going around killing all of the gods in the universe.

The Russo Brothers (who previously directed Avengers: Infinity War and Endgame) bring us this huge spy action thriller, starring Ryan Gosling, Chris Evans, Ana de Armas and Regé-Jean Page. It will be available to watch on Netflix a week later.

WHERE THE CRAWDAD SINGS - 22 July

Based on the hit novel of the same name, this mystery drama tells the story of a young woman (Daisy Edgar-Jones) who is at the centre of a murder investigation, when her very recent ex-boyfriend is suddenly found dead, and she is the prime suspect.

Irish director Emer Reynolds is behind this comedy drama about a pregnant woman (Oscar-winner Olivia Colman) who heads off on a road trip across the country to give away her newborn baby. 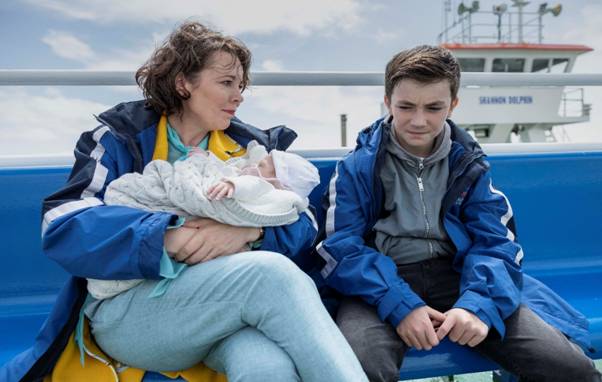 Dwayne "The Rock" Johnson, Kevin Hart, John Krasinski, Keanu Reeves and Kate McKinnon provide their voices for this animated action adventure where a group of superpowered pets must work together when Superman himself is kidnapped.

popular
Netflix has just added an incredibly tense 97-minute thriller
Irish person dies after drowning in Spanish resort swimming pool
18 counties hit with weather warning as temperatures set to reach 29 degrees
Nearly 100 flights delayed at Dublin Airport on Monday
A county-by-county breakdown of the average rent in Ireland as rent inflation reaches record high
Second Covid booster vaccine being rolled out to more cohorts this week
QUIZ: Can you get top marks in this short but tricky Irish geography quiz?
You may also like
1 day ago
Grease star Olivia Newton-John has died, aged 73
1 day ago
An Oscar nominated Andrew Garfield performance is among the movies on TV tonight
2 days ago
Two long-thought-dead Marvel projects appear to be in the works
2 days ago
Nope has the best scary scene in 2022 so far
2 days ago
An underrated John Cena comedy is among the movies on TV tonight
3 days ago
The JOE Movie Quiz: Week 166
Next Page