Bill Murray goes to last ever Grateful Dead show, stays back to clean up afterwards

The veteran actor attended the last ever concert by The Grateful Dead at Soldier Field in Chicago... 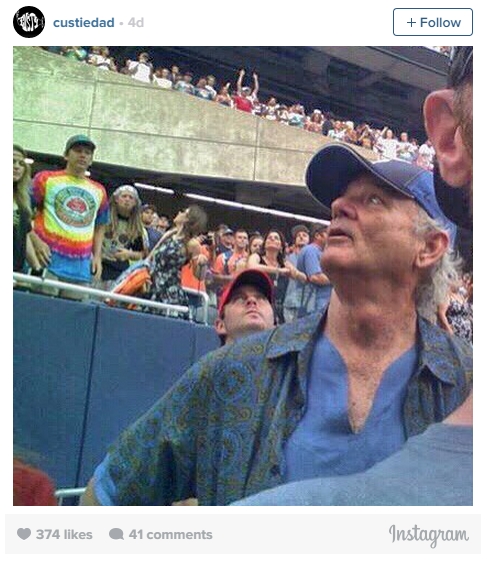 ...but, not only that, he stayed behind afterwards to help stewards to clean the place up according to Page Six.

popular
Harvard study reveals how many times men should ejaculate each month to stay healthy
Colin Farrell shouldn't win the Oscar this year
Conor Mcgregor hit by car ‘at full speed’ while cycling
Netflix has just added one of the best sci-fi movies of recent years
Parents left in shock after gorillas start mating in front of kids at zoo
The 50 most iconic songs of all time* have been revealed
Forspoken breaks the golden rule of gaming... and not in a good way
You may also like
3 years ago
QUIZ: How well do you know Groundhog Day?
4 years ago
Dan Aykroyd on Ghostbusters 3: "It is being written right now"
4 years ago
This Bill Murray movie on Netflix is far better than critics would have you believe
4 years ago
Bill Murray disliked Groundhog Day so much he didn't speak to its director for over 20 years
5 years ago
Bill Murray as Steve Bannon lists the horrifying candidates he has lined up to be the next President
6 years ago
PICS: Paul O’Connell, Huey Lewis, Niall Horan and Bill Murray form the greatest golf foursome of all time
Next Page