#TRAILERCHEST: The trailer for this new battle-rap movie produced by Eminem looks brilliant

Any fans of 8 Mile will be excited for this.

Welcome to #TrailerChest, where we're taking a sneak peek at the brand new trailer for Bodied. 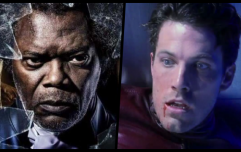 END_OF_DOCUMENT_TOKEN_TO_BE_REPLACED

Well, as any fans of hip-hop will know, battle rap has always been a hugely important part of the culture.

When the two best rappers from a certain area wanted to determine who really had the better skills, they'd both grab a mic and have at it.

This has evolved to huge leagues all over the world having massive battle-rap events, where thousands of fans come to see a number of rappers go against each other to see who really is the best.

We're gonna get a closer look at this crazy world in the new Eminem-produced film Bodied. 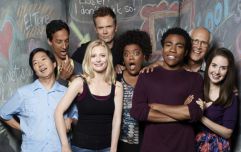 END_OF_DOCUMENT_TOKEN_TO_BE_REPLACED

It's written by a Canadian battle-rapper named Alex Larsen (his rap name is Kid Twist), and it follows a student as he dives headfirst into the world of battle-rap.

The trailer shows the struggle that Adam Merkin will go through as he attempts to join a culture that feels as though he doesn't belong.

A big concern of rap fans may be that it won't be an accurate representation of the culture, but with guest appearances from rappers like Dumbfoundead, Dizaster, Hollow Da Don and Loaded Lux, we can be confident that they will get it spot on.

Irish release date: It's currently unclear whether the movie will be released in Irish cinemas, but it will be available to watch on YouTube from 28 November.