"They did not care about the truth."

Carole Baskin has addressed new documentary Tiger King and its portrayal of her life and career.

The Big Cat Rescue owner and animal rights activist features in the new Netflix series, where she is accused of being involved in her husband's disappearance and mistreating the animals in her care.

END_OF_DOCUMENT_TOKEN_TO_BE_REPLACED

The documentary details the story of Joe Exotic, a former zoo owner, tiger breeder and presidential candidate who is currently serving a 22-year prison sentence for murder for hire.

Baskin - who has an ongoing and long-running feud with Exotic - has since issued a statement saying that she was misled on what the film was supposed to be about.

"When the directors of the Netflix documentary Tiger King came to us five years ago, they said they wanted to make the big cat version of Blackfish (the documentary that exposed abuse at SeaWorld) that would expose the misery caused by the rampant breeding of big cat cubs for cub petting exploitation and the awful life the cats lead in roadside zoos and back yards if they survive," she said. 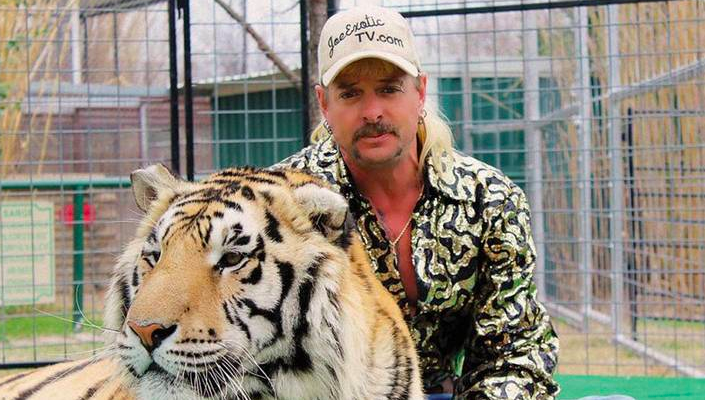 "There are not words for how disappointing it is to see that the series not only does not do any of that, but has had the sole goal of being as salacious and sensational as possible to draw viewers.

"The series presents this without any regard for the truth or in most cases even giving me an opportunity before publication to rebut the absurd claims. They did not care about truth. The unsavoury lies are better for getting viewers."

END_OF_DOCUMENT_TOKEN_TO_BE_REPLACED

Baskin, who was accused by Joe Exotic of being involved in her ex-husband Don's disappearance and sending his remains through a meat grinder, claimed that her role in the situation was blown out of proportion.

She also said that she never threatened Don or had anything to do with his disappearance. 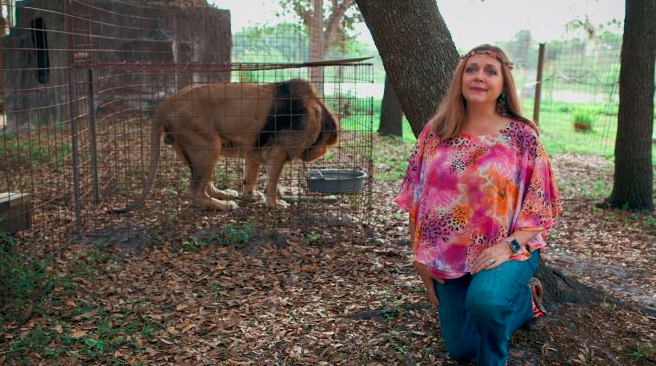 "In the few years preceding his disappearance Don’s behaviour was gradually showing signs of mental deterioration," she said.

"His behaviour became increasingly strange. He started refusing to use the bathroom and defecating outside. He brought in a homeless man to stay in our house. I rescheduled an appointment for him to see the specialist Dr. Gold. But he disappeared before the appointment date."

Baskin added that the meat grinder she had in her home was a "table top, hand cranked" one that would not have large enough to facilitate the disappearance of a body.

You can read Baskin's statement in full here.

House of Rugby Ireland · Ireland's feel-good win, Casey's initiation song, scrapping Sexton and Scott Williams interview
popular
Eoghan McDermott to leave RTÉ after six years (Report)
€17,500 worth of cocaine found at street party in Limerick
One man has been charged following Limerick street party, 50 FPNs issued
Sony are giving away a free game to all PS4 and PS5 owners
NUIG students told to write 2,000 word essay for breaching Covid rules
Someone in Ireland is €500,000 richer following Tuesday's EuroMillions draw
One of the most fertile men in Ireland is a guest on tonight's Claire Byrne Live
You may also like
5 hours ago
Turns out one of WandaVision's biggest solved mysteries hasn't actually been solved yet
1 day ago
Paul Mescal lands role in Irish revenge thriller Bring Them Down
1 day ago
All of the best movies and TV shows coming your way in March
2 days ago
If they stick the landing, WandaVision could well be the best thing Marvel has ever done
2 days ago
Raya and the Last Dragon review: Disney at its most beautiful and its most bland
2 days ago
Where to watch all of the 2021 Golden Globes-winning movies and TV
Next Page