Vin Diesel, Michelle Rodriguez, and director Justin Lin all weighed in on the potential of Fast 10 happening here.

One of the many, MANY great things about the Fast and the Furious franchise is that the action series places us in the thick of the action in some of the most beautiful and exotic places on the planet.

For the latest entry, on top of being TAKEN INTO SPACE (?!!), Fast & Furious 9 added Thailand, Scotland and Georgia (the country, not the American state) to the ever expanding list of locations.

END_OF_DOCUMENT_TOKEN_TO_BE_REPLACED

In case you haven't watched it already, here is the brand new trailer for Fast & Furious 9, with the movie scheduled to be released in Ireland on Thursday, 8 July.

However, with the news that there will only be two more Fast & Furious movies in the main franchise, time is running out for a big action sequence to take place in Ireland.

When JOE took part in the global press conference for the launch of the latest trailer, we had to ask whether or not there were any plans to bring a set-piece here.

Michelle Rodriguez then interjected, pointing out a good financial reason to set a sequel here: "They have an amazing tax break, I hear!" 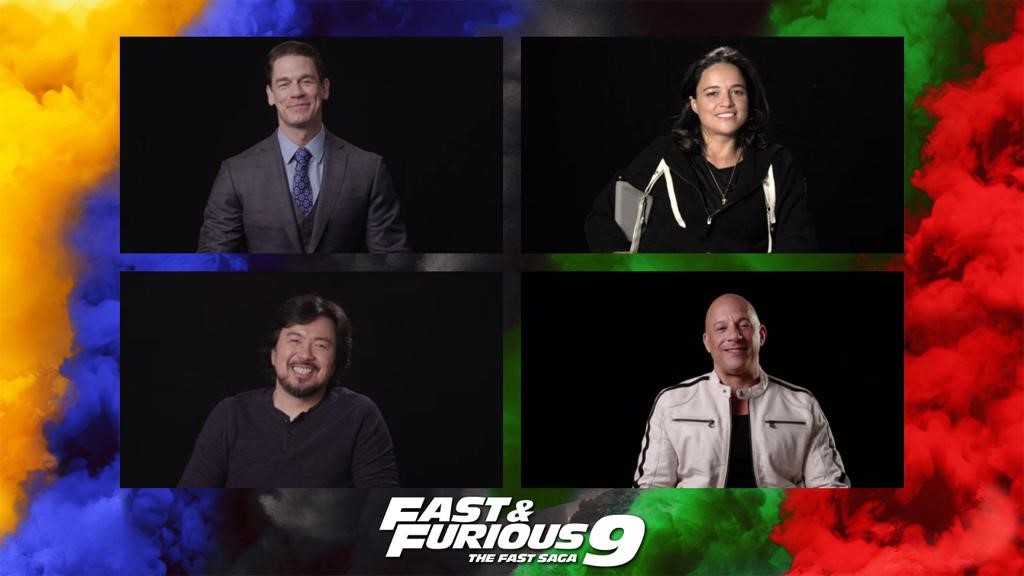 END_OF_DOCUMENT_TOKEN_TO_BE_REPLACED

Vin then continued: "Hey, y'know, yeah, Ireland. My whole career started in Ireland. We shot Saving Private Ryan in Wexford, Ireland, back in 1997.

"[It is a] great question. That is one of the magical things about this saga, is that we get to... we were talking about that earlier, as you know. We get to travel to all of these wonderful places. And part of the reason why Fast 10 has to be broken into two different movies is because there is so much ground to cover and there are so many places and so many locations in the world that we have to visit."

When we posed the same question to Justin Lin, the co-writer and director of this entry, he had just one request: "If you [can] help me get street closures, where I can own a street for a week!"

We promised we'd have a word with the government to see if we can't sort that out.

Check out our full chat with Justin Lin, as well as John Cena's response to his involvement in the sequel, right here:

The Big Reviewski || JOE · Director and writer Michael Rianda on new animated comedy The Mitchells vs. The Machines
popular
Meteor shower to be visible tonight as Halley's Comet passes over Ireland
The 50 most iconic songs of all time* have been revealed
Benedetta is undoubtedly going to be the most controversial movie of 2021
Woman expecting to give birth to seven babies ends up having nine
QUIZ: Can you guess these European countries from their outlines?
Joe Duffy listener complains of being quoted €4,100 for three-night hotel stay in Kerry this summer
PICS: The man with the biggest penis in the world has one unbelievable problem with it
You may also like
15 hours ago
WATCH: BBC's new show Vigil will fill that Line Of Duty-shaped hole in your life
16 hours ago
Mortal Kombat director on picking the best fatalities from the games to put in his movie
1 day ago
The new Sub-Zero discusses his favourite fight in the new Mortal Kombat movie
1 day ago
Martin Compston responds to fan disappointment with Line of Duty finale
1 day ago
All the new Star Wars stuff coming to Disney+ to celebrate May The Fourth
1 day ago
Can you beat your mates in this Ultimate Star Wars quiz?
Next Page