"The truth has to be told."

Channel 4's Dispatches series continues this weekend with an in-depth documentary that focuses on a specific, extremely harrowing event that took place in Northern Ireland during The Troubles.

Airing on Saturday night, Massacre at Ballymurphy tells the story of Briege Voyle, a daughter desperately looking for answers. 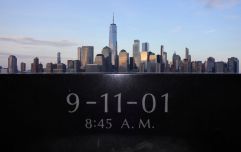 END_OF_DOCUMENT_TOKEN_TO_BE_REPLACED

Her mother, Joan Connolly, was one of ten people shot in a West Belfast neighbourhood over three days in 1971.

The killings were subsequently referred to as the Ballymurphy Massacre.

Channel 4's forensic exposé looks at the shocking killings of which the British Army stand accused, with the army maintaining their stance that those killed - including a Catholic priest - were terrorists.

"The last words my mummy said to me were; 'The Protestants would shoot you but the army wouldn't, and I believe my mummy walked out into the middle of that field thinking, 'I'm a woman, they will not shoot me'", explains Voyle in the documentary.

She explains how she felt compelled to tell co-workers that her mother died in a car accident, due to the media treatment of the events.

Voyle contends that the soldiers "knew who they were shooting" and says that her mother had previously received threats on her life.

The families involved are hopeful that an inquest into the shootings will result in the truth they have been chasing for decades.

"It's not a matter of rewriting history," says Voyle. "We're just trying to rectify history. It has to be told. The truth has to be told, warts and all."

Dispatches: Massacre at Ballymurphy is on Channel 4 on Saturday 8 September at 9pm.

In August 1971 the British Army shot and killed 10 people in a Catholic estate in Belfast - claiming they were terrorists. One of the victims was a mother of eight children. This is her story.#MassacreAtBallymurphy Sat 9 pm C4 pic.twitter.com/LMiYkWGNEd

popular
The JOE Movie Quiz: Week 121
Temperatures to plummet to five degrees with thunderstorms as Atlantic system to hit next week
Ireland's newest train station officially opens in Dublin
The JOE Friday Pub Quiz: Week 262
The 50 most iconic songs of all time* have been revealed
QUIZ: Tickle your brain waves with this general knowledge quiz
PICS: The man with the biggest penis in the world has one unbelievable problem with it
You may also like
1 month ago
New documentary will lift the lid on OnlyFans scene in Ireland
4 months ago
Netflix’s new true crime documentary could be your next TV obsession
5 months ago
Brand new David Attenborough nature doc drops on Netflix today
5 months ago
Manchester United documentary written by Eric Cantona available to watch at home in Ireland this May
7 months ago
WATCH: The trailer for Channel 4's Caroline Flack documentary is here
7 months ago
The Cecil Hotel is due to reopen - and rebrand - later this year
Next Page