This is a pretty weird side effect of the show's popularity.

Despite being only five episodes long, it has become hugely obvious that HBO's hit show Chernobyl is still on everyone's mind.

We thought it was pretty much a masterpiece in true horror, while the Russian government have taken such offence by the story told in the show that they have decided to tell it from their perspective, apparently with the Americans as the antagonists. 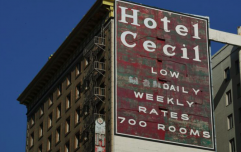 END_OF_DOCUMENT_TOKEN_TO_BE_REPLACED

Since airing, it has become the highest rated show on IMDb (even over the likes of Breaking Bad, The Wire, The Sopranos, and Game Of Thrones), however, one particular real-life reaction to the show comes as a bit of a surprise.

According to The Washington Post, there has been a surge in bookings for trips to the site and the nearby town that were abandoned after a major nuclear accident in 1986.

Trip bookings for May 2019 were 30% higher than May 2018, and were up over the next three months, as well, said Sergii Ivanchuk, director of SoloEast Travel, which organises trips to the nuclear power plant and its surrounding areas.

TWP also report that at least one company is already advertising an HBO-themed trip for $185 (approx. €165) per person, "revealing to the secrets and real stories of the events that occurred". 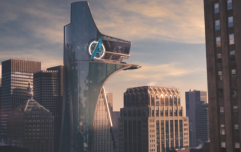 END_OF_DOCUMENT_TOKEN_TO_BE_REPLACED

The tour is said to include riding "in an armoured patrol vehicle, in which the liquidators in 1986 made a radiation reconnaissance," and trying "a real lunch of power plant employees in the canteen of the Chernobyl Nuclear Power Plant".

The writer of the show itself took to Twitter to remind visitors that the events of the show weren't fictional, and that it is the place of a real-life tragedy:

If you haven't watched the show yet, every single episode is available to watch for free right now.

popular
18 counties hit with weather warning as temperatures set to reach 29 degrees
Netflix has just added an incredibly tense 97-minute thriller
Nearly 100 flights delayed at Dublin Airport on Monday
QUIZ: Can you get top marks in this short but tricky Irish geography quiz?
GSOC investigating road crash in Monaghan that left multiple people injured
QUIZ: Can you name all the counties in Ireland with an ‘N’ in their name?
QUIZ: Can you name all the counties in Ireland without the letter 'E'?
You may also like
1 week ago
New ferry route from Rosslare to Dunkirk to begin taking passengers this week
2 weeks ago
Bus Éireann cancels dozens of services due to operational issues
2 weeks ago
Ryanair condemns Dublin Airport passenger charge increase following recent "mismanagement"
3 weeks ago
New Spanish hospital to offer "alternative pathway" for Irish patients waiting for routine treatments
4 weeks ago
Dublin is one of the most friendly cities in the world, apparently
1 month ago
Bus Éireann’s service from Dublin to London will restart this week
Next Page