Conan O'Brien is being sued for stealing jokes off Twitter

Conan O'Brien is in hot water and could end up paying thousands in compensation if the claims of Robert Kaseberg are proven to be correct.

Robert Kaseberg, a freelance comedian from San Diego, has filed a lawsuit against Conan O'Brien citing four specific jokes from Twitter that he tweeted before similar jokes were used by Conan in his monologues. 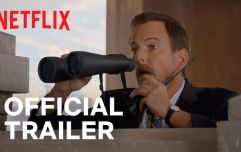 END_OF_DOCUMENT_TOKEN_TO_BE_REPLACED

The first joke Kaseberg is claiming was stolen is:

"A Delta flight this week took off from Cleveland to New York with just two passengers. And they fought over control of the armrest the entire flight."

The same day, Conan said on his show: 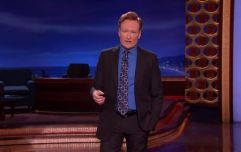 END_OF_DOCUMENT_TOKEN_TO_BE_REPLACED

"On Monday, a Delta flight from Cleveland to New York took off with just 2 passengers. Yet somehow, they spent the whole flight fighting over the armrest."

Kaseberg is also claiming the following tweet was plagiarized:

"The Washington Monument is ten inches shorter than previously thought. You know the winter has been cold when a monument suffers from shrinkage." 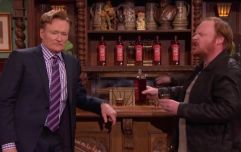 WATCH: The stereotypes were ramped up to 11 on Conan O’Brien’s ‘What it really means to be Irish’ skit

END_OF_DOCUMENT_TOKEN_TO_BE_REPLACED

"Surveyors announced that the Washington Monument is 10 inches shorter than what’s been recorded. Of course, the monument is blaming the shrinkage on the cold weather."

Two other jokes feature in the complaint, one about Caitlyn Jenner and the other about Tom Brady for which the comedian is seeking hundreds of thousands of dollars in damages.

The production company behind Conan told The Hollywood Reporter: "We at Conaco firmly believe there is no merit to this lawsuit.".

Hat-tip to The Independent

popular
People want "offensive" Crown Paints advert banned after attracting hundreds of complaints
Here's how to make €9-11 on Revolut in just a few minutes
QUIZ: Can you identify the famous song from the opening line?
New car-free town with population of 85,000 set to be built in Dublin
Man arrested on suspicion of the murder of Irish man in London
The prequel to one of the best twists of all time and 7 more movies & shows to watch this weekend
QUIZ: Can you name all the countries beginning with A?
You may also like
3 years ago
Conor McGregor was in absolutely flying form during another memorable appearance on Conan
5 years ago
WATCH: Conor McGregor makes bold prediction about Mayweather fight live on Conan O’Brien
6 years ago
VIDEO: Conan O’Brien calls for an end to sales of semi-automatic assault rifles in the US
6 years ago
Video: Conan O'Brien's bit about offensive Irish stereotypes should make you laugh
6 years ago
VIDEO: Conor McGregor fighting against Conan O'Brien on EA Sports UFC 2 is really good TV
6 years ago
VIDEO: Conor McGregor shows Conan O'Brien how he's going to beat Nate Diaz
Next Page