Dancing with the Stars has added a very surprising contestant

It'll be murder on the dance floor, etc...

Dancing with the Stars returns to Irish TV screens for a new series in January, and the line-up has already taken on a very interesting, and quite surprising, shape.

We know the drill with these reality game shows by now – generally you'll have a collection of recognisable faces, some of whom are more capable than others when it comes to the tasks at hand. 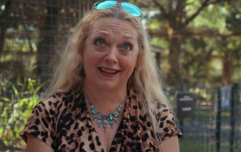 Carole Baskin joins cast of Dancing with the Stars

END_OF_DOCUMENT_TOKEN_TO_BE_REPLACED

And you'll almost always have one or two selections designed either to piss off the public or provoke some vague shock value – take disgraced UK politician Matt Hancock on the most recent series of I'm a Celebrity... Get Me Out of Here! as an example that managed to tick both of those boxes, for instance.

And now, the newest name announced for the upcoming return of Dancing with the Stars Ireland is definitely more one for the latter category – well, it's certainly a big surprise at the very least.

Getting ready to strut her stuff on the dance floor is none other than... former State Pathologist Dr Marie Cassidy.

She’s ready to slip on her dancing shoes in the New Year. 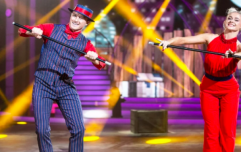 END_OF_DOCUMENT_TOKEN_TO_BE_REPLACED

Dr Cassidy is of course best known to the Irish public as having served as the first female State Pathologist for the country, across a 14-year period between 2004 and 2018. During this time, her name would come to be associated with numerous high-profile, headline-making cases.

In 2020, Cassidy wrote a book on her time in the role, entitled Beyond the Tape: The Life and Many Deaths of a State Pathologist. It would go on to become a number-one best-seller.

As such, Cassidy is clearly a draw, and something of a major coup for Dancing with the Stars. She joins the likes of previously announced contestants Panti Bliss, Paul Brogan, Suzanne Jackson, and Brooke Scullion.

The new season is set to premiere on RTÉ One in January. Doireann Garrihy is on board as the new co-host to Jennifer Zamparelli, with Nicky Byrne having departed due to his Westlife commitments.

popular
Conor Mcgregor hit by car ‘at full speed’ while cycling
Colin Farrell shouldn't win the Oscar this year
Parents left in shock after gorillas start mating in front of kids at zoo
S Club 7's Hannah Spearritt and children left homeless after being forced from home before Christmas
All of the new Netflix movies and shows arriving in February
Couple left mortified after best man delivers incredible punchline during speech
Netflix has just added one of the best sci-fi movies of recent years
You may also like
3 years ago
Dancing With The Stars faces backlash as Sean Spicer is named among contestants
4 years ago
RTÉ issue statement after Dancing With The Stars cast member assaulted
4 years ago
Viewers have fantastic response to this year's Dancing With The Stars Ireland winner
4 years ago
A nation mourns as Marty Morrissey is finally sent home from Dancing With The Stars
4 years ago
WATCH: Marty Morrisey’s dancing skills are put to good use in this hilarious new Irish cartoon
4 years ago
The amount of practice that goes into Dancing With The Stars is actually phenomenal
Next Page