David Warner passed away on Sunday.

The Omen and Titanic actor David Warner has died at the age of 80, his family has confirmed, saying "we are heartbroken".

Warner died from a cancer-related illness on Sunday at Denville Hall, a care home for people in the entertainment industry, BBC News reports. 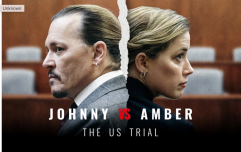 END_OF_DOCUMENT_TOKEN_TO_BE_REPLACED

The actor's family confirmed the sad news in a statement, reading. "Over the past 18 months he approached his diagnosis with a characteristic grace and dignity.

"He will be missed hugely by us, his family and friends, and remembered as a kind-hearted, generous and compassionate man, partner and father, whose legacy of extraordinary work has touched the lives of so many over the years."

They concluded: "We are heartbroken." Warner was known for his role as Billy Zane's sidekick Spicer Lovejoy in 1997 hit film Titanic, which starred Leonardo DiCaprio and Kate Winslet.

Fans will also remember him from The Omen, where he played photographer Keith Jennings, Tron, a pair of Star Trek films, Straw Dogs, Time Bandits and Scream 2.