While Derry Girls obviously revolves around the main adolescents in the show - Erin, Orla, Clare, Michelle, and James - there's no denying that it's an ensemble piece, a fantastic ensemble at that.

Even if a character is only introduced for a brief scene, it's very likely that they'll make a memorable impression. Hell, there's a cult of Kamal - the wee Ethiopian lad from Ballybofey - and he's not even a character in the show, that's how good Lisa McGee's writing is.

Whether it's the perma-suffering Da Gerry, the scene-stealing Uncle Colm, Aunt Sarah's remarkable commitment to being away with the birds, the angry shopkeeper Dennis, or any other character on Foyleside, they usually make an impression.

All this without mentioning everyone's favourite nun, Sister Michael.

Well, much like the dreaded wooden spoon, Tara Lynne O'Neill's performance as Ma Mary has definitely made an impact on viewers because in many ways, she's the epitome of an Irish mam.

Hilarious, sharp, strongly independent, but with just enough of a loving streak, O'Neill's turn as the matriarch of the Quinn household is consistently brilliant.

The mystery of the big bowl, the look of hatred she gives James' mother when she returns to Derry, her panic over the missing punt purse. It's all gold and if Tara Lynne O'Neill gets her way, there could be even more of Ma Mary in the future.

Speaking ahead of the 'Embrace a Giant Spirit’ event which celebrates the life and literature of the Nobel Prize-winning poet Seamus Heaney, O'Neill told JOE that she's frequently asking Lisa McGee (Derry Girls writer/creator) to create a spin-off called 'Derry Auld Ones.'

Here are the 11 best movies on TV this Friday

END_OF_DOCUMENT_TOKEN_TO_BE_REPLACED

"I was trying to get Lisa to do a spin-off called 'Derry Auld Ones.' Obviously, the younger characters will all go off to university and all the auld ones are left back home. That's when we have our fun! Just Ma Mary, Granda Joe, Gerry, Aunt Sarah, Uncle Colm, just sitting there, having tea and watching London's Burning!" said O'Neill.

Truth be told, we're definitely on board with this idea but somebody really does need to interject and stop Uncle Colm whenever he gets a full head of steam. After all, there are only so many stories about shoe laces, strong breezes, and fellas from Ballynahinch with a boiled sweet addiction that we can take.

While Ma Mary might take a sadistic glee in threatening her her oldest daughter - you have to love the delivery of the lines "I'll spin you across that floor, get your blazer on!" and "Look, if you fail the exam, I promise you, there'll be a nice wee plot out there with your name on it" - the actors are far closer than the dysfunctional family would appear on screen.

Case in point, the very emotional scene when Orla decides to ask Granda Joe to the prom.

"It was a very, very special moment for Louisa who plays Orla because her and Ian are very close," said O'Neill.

In fact, this kind and charming behaviour is very much in keeping with McElhinney's own personality.

O'Neill adds: "There's a beautiful moment in Season 1 where Ian's character is sitting in this chair and watching TV. He had baby Anna in his arms. Obviously, she's just a little baby, so she doesn't act on cue. She was getting a bit restless.

"We were filming this shot of Ian just watching the TV and all the cast and crew are standing behind the camera. Ian just turned to the baby and said 'Don't worry my dear, you've got the whole world behind you.' I tell you, there wasn't a dry eye in the crew. Myself and Louisa were welling up and because it's on camera, we're hoping to give it to baby Anna whenever she's grown up. That's not even a line in the show, it's just him trying to settle the child."

With Season 3 of Derry Girls set to start filming in May, we're certain that even more heartwarming scenes are on the horizon and even if they're not, a Derry Girls spin-off with the older characters could be cracker too! 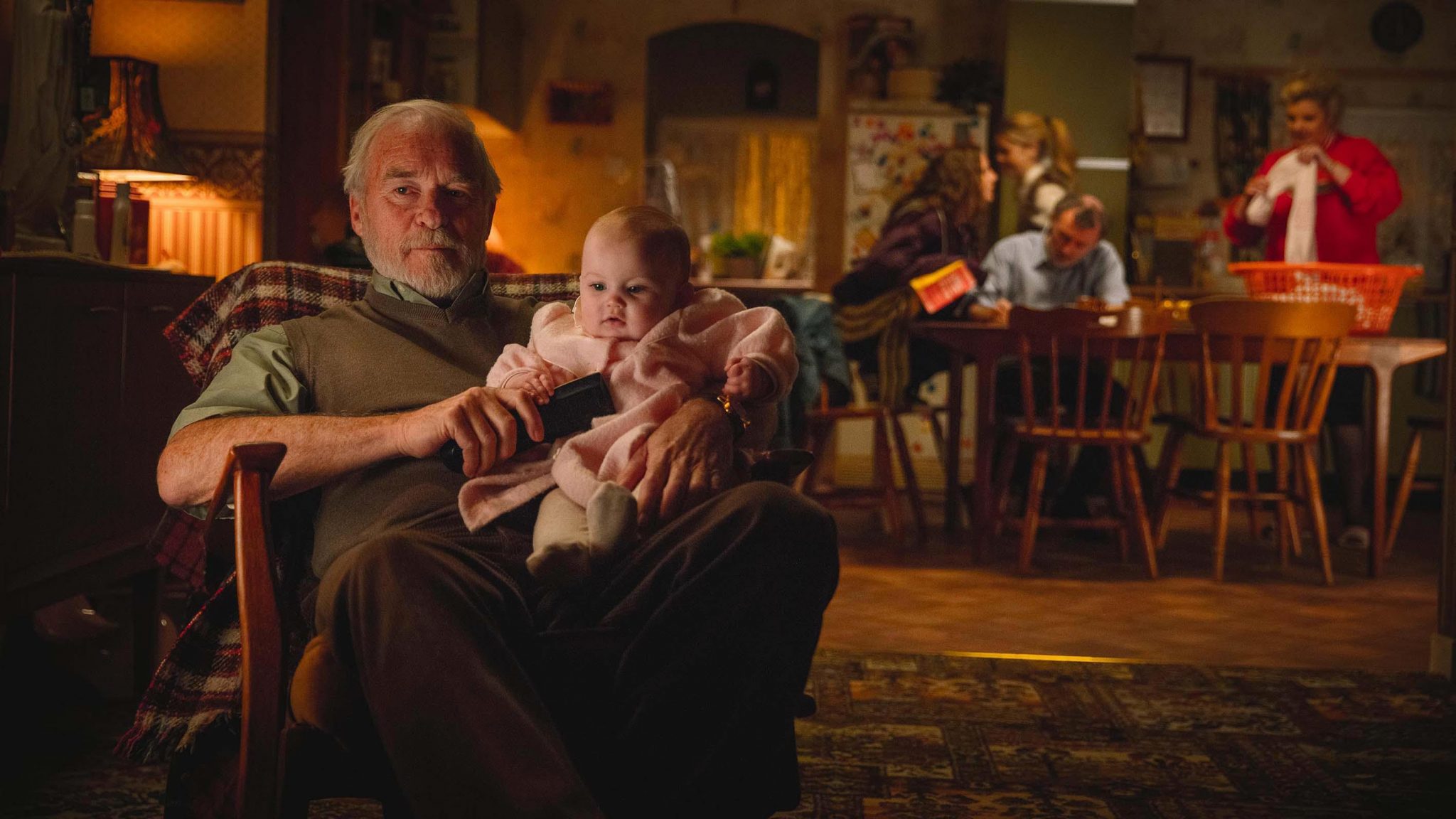 
popular
The JOE Friday Pub Quiz: Week 180
Met Éireann moves forward Red wind warning as public advised to stay indoors
Here are the best movies on TV today
QUIZ: Do you know your dashboard warning signs?
QUIZ: Can you name all these Irish counties from only their vowels? (Part Two)
QUIZ: Can you name all 14 landlocked counties in Ireland?
QUIZ: Can you guess the pixelated album cover?
You may also like
1 day ago
The Big Reviewski Ep 57 with Elisabeth Moss, the new Saw movie, and scary inanimate objects
1 day ago
The trailer for the new take on Candyman is here to freak you out
2 days ago
Here are the 6 best movies on TV this Thursday
2 days ago
Rian Johnson says Apple won't let villains use iPhones in films
2 days ago
Creed 3 finally happening as a new writer joins the series
2 days ago
The hunt is on for a new Indiana Jones director
Next Page