"I'm laughing just thinking about it!"

Ever since it landed in January 2018, Derry Girls has been a massive international hit. With only 12 episodes over two seasons, it is the definition of "leave them wanting more", as fans have been clambering for the return of the comedy.

It has now been over two years since the the second season ended, and the scheduled production window on the third season was essentially pushed back indefinitely due to Covid-19.

END_OF_DOCUMENT_TOKEN_TO_BE_REPLACED

However, it looks like things are about to get back on track, as the third season is about to kick off production, according to Orla McCool herself, Louisa Harland.

We chatted to Harland and her Boys From County Hell co-star Jack Rowan in the run-up to the release of that Irish comedy-horror.

You can check out the full interview right here:

While we covered everything from favourite scary movies to local spooky folklore during out chat, we couldn't not ask McCool herself about the impending return of the show.

So... how is season three going? Harland told us:

"It's not going. But it will be going! I'm not currently Orla McCool but I will be very, very soon, and hopefully [the third season] will be out soon." 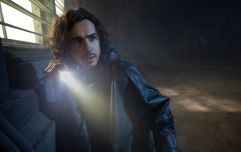 END_OF_DOCUMENT_TOKEN_TO_BE_REPLACED

We mentioned that Nicola Coughlan has recently said that the stories for the new season are the best in the show so far. Does Harland agree?

Harland said: "Yeah, we haven't actually had any scripts, but we've heard little nuggets. And I'm laughing even just thinking about them, but they're good at not giving us the scripts, because we get too excited and stuff.

"But just politically, in the timeline, what was going on at that time, I think covering those topics in the third series, I think is going to be quite moving. Yeah, it is really, really exciting."