Say hello to Gamora, Star-Lord, Rocket Raccoon, Drax the Destroyer and Groot AKA The Space Avengers...

Directed by James Gunn (director of cult favourite Slither), Guardians Of The Galaxy will be the tenth film to be released as part of the Marvel Cinematic Universe.

The ensemble cast for the Disney and Marvel Studio film is made up of Vin Diesel, Zoe Saldana, Bradley Cooper, Dave Bautista and the always entertaining Chris Pratt. 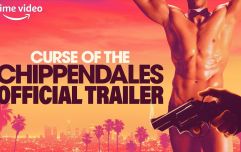 END_OF_DOCUMENT_TOKEN_TO_BE_REPLACED

Here's the official plot synopsis from the studios:

"From Marvel, the studio that brought you the global blockbuster franchise of Iron Man, Thor, Captain America and The Avengers, comes a new team--the Guardians of the Galaxy.

An action-packed, epic space adventure, Marvel's Guardians of the Galaxy expands the Marvel Cinematic Universe into the cosmos, where brash adventurer Peter Quill finds himself the object of an unrelenting bounty hunt after stealing a mysterious orb coveted by Ronan, a powerful villain with ambitions that threaten the entire universe.

To evade the ever-persistent Ronan, Quill is forced into an uneasy truce with a quartet of disparate misfits -Rocket, a gun-toting raccoon, Groot, a tree-like humanoid, the deadly and enigmatic Gamora and the revenge-driven Drax the Destroyer.

But when Peter discovers the true power of the orb and the menace it poses to the cosmos, he must do his best to rally his ragtag rivals for a last, desperate stand--with the galaxy's fate in the balance." 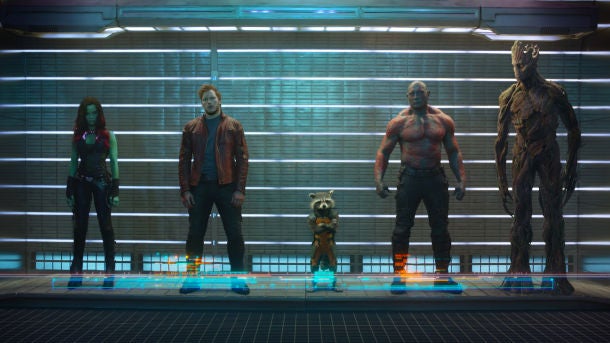 Guardians Of The Galaxy is due to be released in Ireland on 1 August 2014.

The Big Reviewski || JOE · The Big Reviewski with Dune, a mini-Hangover reunion & the best of Timothée Chalamet
popular
Clashes between protestors and private security as tenants removed from Dublin property
Updated Status Orange warning issued for three counties as heavy rain to continue
WhatsApp to stop working on 53 phone models, including iPhone 6
5 simple ways to take control of your heartburn
Alec Baldwin could face criminal charges over fatal film set shooting
Irish hotel named as the scariest place to stay in Europe
An entertaining Heat knock-off is among the movies on TV tonight
You may also like
3 days ago
Eternals will feature the Marvel Cinematic Universe's first sex scene
3 days ago
Michael Bay's huge new action thriller and 7 more big trailers you might have missed this week
3 days ago
The Ultimate Scary Movie Quiz
4 days ago
A modern action-comedy classic is among the movies on TV tonight
6 days ago
2021's biggest sci-fi epic and 7 more movies and shows to watch this week
6 days ago
The 10 must-watch new (and old) arrivals on Disney+ this November
Next Page