Given the relatively recent surge of popularity in the true crime and serial killer genres, you would be forgiven for thinking that most people are somewhat immune to the macabre mysteries on offer.

To some extent, it's entirely understandable because most detective shows and films follow the same pattern.

END_OF_DOCUMENT_TOKEN_TO_BE_REPLACED

Person gets murdered. Detectives investigate. The killing is part of a larger mystery. There's something rotten/corrupt in this case. The villains are caught. The case is solved.

Dublin Murders offers a unique prospect though because the adaptation of Tana French's beloved novels aren't just concerned with solving one mystery, while the detectives are just as interesting as the people they're pursuing.

Based on French’s novels The Likeness and In the Woods, the show is set in the early years of the new millennium, during the height of Ireland’s Celtic Tiger financial boom. The plot focuses on two seemingly unrelated murder investigations led by ambitious and charismatic detectives Reilly (Killian Scott) and Maddox (Sarah Green).

The victims - a young talented ballerina who is found dead on an ancient stone altar and a vivacious, free-spirited woman who is found stabbed in a roofless famine cottage - are seemingly unrelated, but as viewers will discover, they're knitted together by powerful shared themes.

However, where the show diverges from others of its kind is the aura of mystery that surrounds the leading detectives. Without giving too much away, their slow-burning and tantalising back story is just as as interesting as they grisly murders that they're investigating. 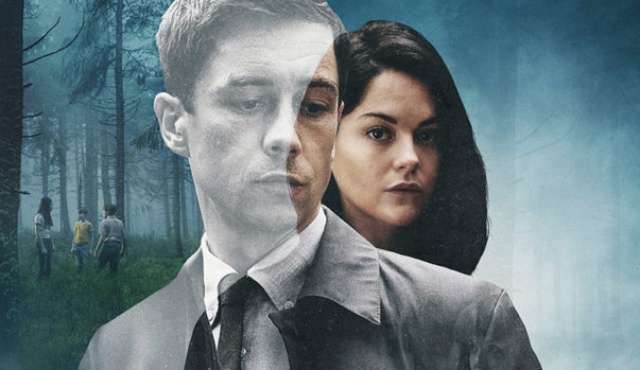 Ahead of the show's release on RTÉ and BBC this week, JOE caught up with Killian Scott and Sarah Greene to chat about the show and what viewers can expect to see.

END_OF_DOCUMENT_TOKEN_TO_BE_REPLACED

"I think that idea of secrecy impacts every character really. Mystery sort of follows each main character in the show," said Greene.

If you're looking for a new show to get invested in, the star of Rosie and Dublin Oldschool feels that Dublin Murders instantly commands your attention and rewards it.

"I don't think that you should be on your phone while watching it - something that I'm also guilty of - because I think that if you're on your phone, you're going to miss a lot of things. There are a lot of characters and everyone has a secret and a lie in this show. You really need to have your eye on the ball. It makes you work, which is something that I love as a viewer. I don't like everything to be handed to me."

For most viewers, Killian Scott is still best known for his role as Tommy in Love/Hate but he's also a big fan of how Dublin Murders holds back information, draws the audience in, and keeps them hooked with tension and suspense. 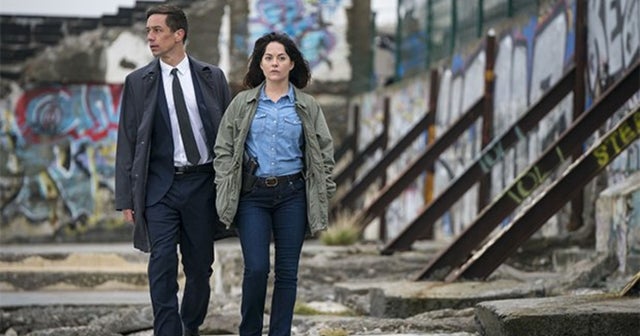 END_OF_DOCUMENT_TOKEN_TO_BE_REPLACED

"It's very enjoyable to be keeping everything below the surface because there are cogs turning but you can't fully show what they mean. Also, we're discovering the show as we shoot it because you're getting new scripts. You don't have all the scripts before you start - I'd seen a draft of episode one when I signed on. So, even as an actor, you get to be surprised to some degree and have that sense of realisation when you're like 'ok, this is where we're going' but that also means you can allow the story to be experienced as you're filming."

The eight-part crime drama is adapted for the screen by Sarah Phelps (ABC Murders) and Scott believes that fans are going to be hooked right from the off.

"There's a great sophistication to the writing because it doesn't give the audience everything, it treats them with respect. We're not just going to hand everything to the audience and I think that's what people want. Some of the best shows -  Succession, True Detective, The Wire, The Sopranos - they all treat the audience with a level of respect and they know that they're going to follow the story over a lot of episodes. We're just going to give you little bits here and there - we might not give you some bits at all, and just leave it in the territory of the unknown - and that's ok too," he adds.

Dublin Murders starts tonight on BBC 1 at 21:00 with the second episode airing on Tuesday at 22:35.

For those that might want to binge-watch, RTÉ One are showing the first two episodes back-to-back on Wednesday night from 21:30.

popular
QUIZ: How many of these characters from The Simpsons can you name?
Two children, aged 3 and 4, hospitalised after consuming suspected cannabis jellies
Australian woman stuck with Irish accent after tonsil surgery
9-year-old boy killed by lightning strike while playing football
Alastair Campbell accidentally announces death of The Queen live on GMB
The 50 most iconic songs of all time* have been revealed
Assassin's Creed director on why Ireland is the perfect setting for their new game
You may also like
6 days ago
New RTÉ series to celebrate The Commitments, The Snapper and The Van 30 years on
1 week ago
QUIZ: How well do you know Ted Hastings' one-liners from Line of Duty?
1 week ago
Line of Duty's Martin Compston says Sunday's episode could be the last ever
2 weeks ago
Each Line of Duty copper ranked by their likelihood of being H
2 weeks ago
Netflix’s new true crime documentary could be your next TV obsession
2 weeks ago
The Ultimate Oscars Quiz
Next Page