Remember the sensory onslaught of that beach landing? Yeah...

All we hear is the roaring atmosphere around him, as his experimental craft reaches the tips of Earth's atmosphere, and the voices over his headphones as mission control gives him (and us) updates of his situation.

END_OF_DOCUMENT_TOKEN_TO_BE_REPLACED

All we see is the blue of the planet, bordered against the endless void of space, and Gosling's impossible-to-read reactions to his one-of-a-kind point-of-view.

During his descent, his craft somehow bounces off the atmosphere and begins to be sent back out into space. Armstrong performs some on-the-fly thinking to course correct.

The entire sequence is a pummeling assault on the senses, as the speakers practically explode with the volume inflicted upon us, the camera violently shaking against the Earth's strong push and pull, and just like that, we already know that this is not going to be the run-of-the-mill biopic.

Kicking off in his pre-astronaut days in 1961, and bringing us right up to those fateful few days and weeks in 1969, the movie does a fantastic job of injecting one of the most well-known moments in human history with plenty of details that we're guessing the majority of the audience would have no idea about.

Both the myth of American Hero TM Neil Armstrong, as well as the "We DID it!" glamour of the landing itself are stripped away, exposing new realities that are both less optimistic and more cinematic. 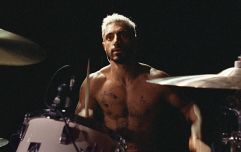 END_OF_DOCUMENT_TOKEN_TO_BE_REPLACED

Director Damien Chazelle has proven already that he knows how important a soundtrack is for cinema - between Whiplash and La La Land, he's shown his command of the medium - but for the majority of First Man, he uses the actual soundtrack of a giant, metal ship creaking against its own weight and the rockets pushing it from the surface as our primary source of sound.

That is when the movie isn't attempting to fill in the many blanks that the majority of viewers might have about the life of Neil Armstrong, and the full backstory of the first man to walk on the moon.

We're immersed in this literal community of people who go to work every day, pushing their bodies to the limits, knowing that what they're doing might kill them, and for reasons that are mostly unfathomable. As JFK put it himself, "We do this because we can", which is a tough sell to the wife and kids of the men who might not come home.

Gosling plays Armstrong as an intense, somewhat distant, but loving husband and father, one who seems driven more by the heartbreak of an early tragedy than even he seems aware of, and he manages to portray a potentially unlikeable character in a way that keeps him on just this side of charming (which isn't something that can be said for Stoll's portrayal of Aldrin, but we'll leave that for someone else to defend). 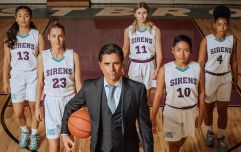 END_OF_DOCUMENT_TOKEN_TO_BE_REPLACED

Foy is given a somewhat cliched role as the "I love you but there are limits" wife, but she still instills it with enough of her own bravado to make sure she doesn't get lost in the mix.

However, while the down here drama is very good, the movie truly soars when it goes up there.

Every single space-flight sequence is different to the last, and each one remarkably manages to maintain a constant sense of dread and bullet-sweating tension, despite the fact that we know how this turns out.

A remarkable feat in terms of technical film-making, but one that - just like Saving Private Ryan - is relegated to "just very good" when the action stops and the acting starts.

First Man is released in Irish cinemas from Friday 12 October.