Deep down, we really do want every film to be good (or at least so bad that it becomes hugely entertaining: Hi, Showgirls!).

We don't enjoy seeing films we had hope for get released and then torn to shreds by the critics.

After Disney and Marvel threw down the gauntlet with the slowly assembling Avengers, we were all looking forward to how Warners and DC would bounce back after The Dark Knight Trilogy by putting together their Justice League piece by piece.

END_OF_DOCUMENT_TOKEN_TO_BE_REPLACED

Man Of Steel kicked it off in an interesting way (55% on Rotten Tomatoes, but really much better than you remember/it has been given credit for), but it was followed by the one-two punch of Batman V Superman: Dawn Of Justice (28%) and Suicide Squad (25%) and things weren't looking too hopeful.

However, with Man Of Steel making $668 million, BVS making $873 million and Suicide Squad making $745 million, it wasn't like Warners and DC were going to give up without a fight.

They've still got the Justice League (trailer here), Aqauman, Cyborg, The Flash, Green Lantern and more besides due out over the next few years, but before all that we'll soon be getting Wonder Woman, and the first reviews have just come out.

Loved WONDER WOMAN. She reminds me of Christopher Reeve's Superman: true north superhero w/ no angst or cynicism, which is needed right now.

#WonderWoman is the best DCEU film so far. The heart of Gal Gadot's Diana powers it, and the shift from mythic into WWI story really works.

Very pleased to report that #WonderWoman is the best DC movie since THE DARK KNIGHT. I'm already looking forward to seeing it again.

WONDER WOMAN is great. My favorite of the recent DC movies. It's fierce, funny, well-written and badass. @GalGadot owns it. Her lasso FTW pic.twitter.com/rQ0ufZxWXP 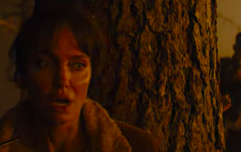 WATCH: Angelina Jolie stars in intense fire-fighting movie Those Who Wish Me Dead

END_OF_DOCUMENT_TOKEN_TO_BE_REPLACED

Wonder Woman marks the first female-fronted superhero movie since comic-book movies became big business again (the first person to mention Elektra gets banned for life), and not only that, but it is the first of the comic book movies to be directed by a female, too.

The director in question took to Twitter to answer some questions about the movie, and the gender politics surrounding it reared it's head:

Just as I grew up loving WW and Superman; It's not about gender. It's about being hero. You are Wonder Woman as I am Wonder Woman. https://t.co/aVde1fzSzo

We can check it out for ourselves when it arrives in Irish cinemas on 2 June, or head here for a chance to win tickets to the Irish premiere via The JOE Film Club!

Witness the rise of a Warrior. Watch the NEW #WonderWoman trailer now! See the film in theaters June 2.? ⚔ pic.twitter.com/UEYqUMfzko

The Big Reviewski || JOE · TBR Spotlight: The Falcon and the Winter Soldier Episode Four - 'The Whole World is Watching'
popular
Beware of the very clever WhatsApp hack that is locking Irish users out of their accounts
Motor insurance costs set to fall from June after changes to payout guidelines
Reeling in the Years was watched by over half a million people last night
"Deep concern" as burning car abandoned on train track in Northern Ireland
Staff shouldn't be pressured to return to workplaces, says Leo Varadkar
The 50 most iconic songs of all time* have been revealed
Line of Duty fans think they've worked out who Jo Davidson's mystery relative is
You may also like
1 week ago
20 of the best mysteries you can watch at home right now
1 week ago
QUIZ: Can you get over 20/25 in our Ultimate 2000s Movie Quiz?
1 week ago
Sarah Paulson's brilliantly tense thriller Run is now available to watch at home
1 week ago
Warner Bros. have pulled the plug on two of their upcoming DC movies
1 week ago
Netflix spends $450 million for exclusive rights to Knives Out 2 and 3 (Report)
1 week ago
Here are the best movies on TV this evening
Next Page