Sky customers to get free box sets from this weekend

All Sky television customers will receive free access to the service's full catalogue of box sets this week.

Sky has said that anyone subscribed with a Sky package will get two weeks' worth of access to box sets - with the offer running from 25 May to 9 June.

The offer is for Sky customers who do not have Sky Boxsets or Ultimate on Demand (Sky + Netflix).

The box sets available for free - over 30 in total - are: 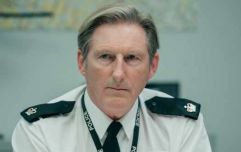 Work on Season 6 of Line of Duty has already begun

END_OF_DOCUMENT_TOKEN_TO_BE_REPLACED

The only catch - if you can even consider it a catch - is that the offer only includes the first season of the shows, so there won't be any multi-season binging.

But still, it's not bad at all.

To activate the offer, customers need to head to the 'on demand' section of Sky Q, or the Sky Box Sets section on Sky+.


popular
Man being treated for suspected case of coronavirus in Belfast
The lineup for this week's Late Late Show has been revealed
QUIZ: Can you guess the pixellated movie posters?
QUIZ: Can you name all these European countries just from their vowels?
Met Éireann says there's a risk of snow for parts of Ireland this weekend
Here are the 5 best movies on TV this evening
Here are Ireland’s favourite takeaways, as per the National Takeaway Awards
You may also like
7 months ago
7 essential lessons Ready Steady Cook taught us about adult life
9 months ago
Sony reveal 16K television that is as tall as a giraffe
9 months ago
WATCH: The trailer for HBO's Chernobyl mini-series is absolutely chilling
10 months ago
Game of Thrones Season 8 is already breaking records and it hasn't even aired yet
10 months ago
ITV and BBC join forces to launch competitor to Netflix
11 months ago
WATCH: Possibly the most idiotic thing to ever happen on The Chase
Next Page