Two memorable episodes but the writers aren't happy with them.

Much like Joey when he turned 30, we're fairly certain that Friends fans are cursing the heavens when they hear the following piece of information.

The beloved sitcom is 25-years-old on 22 September.

Why are we so old!

Well, we can't change time and we've all got to face up to a hard truth. It's almost a quarter of a century since Rachel left Barry at the altar and burst through the doors of Central Perk.

Since the opening credits rolled on that memorable first episode, Friends has become a bonafide pop-culture sensation that's showing no signs of going away.

Heck, it's still one of the most popular shows on Netflix.

Anyway, while we've all got our favourite episodes and lines, some newer viewers have taken umbrage with some of the jokes and plotlines in the show.

END_OF_DOCUMENT_TOKEN_TO_BE_REPLACED

Like any piece of art, Friends is a product of the era in which it's made and if some people are offended by it, grand.

Each to their own.

However, during a recent Q&A screening at the Tribeca TV Festival, the show's creators - Kevin Bright, David Crane and Marta Kauffman - were in attendance to field some questions.

The Hollywood Reporter noted that members of the audience did ask the Friends creators if there are any storylines that they regretted writing into the show?

Marta Kauffman had a couple of answers ready. She talked about the episode where Phoebe starts dating her sister's Ursula's stalker, played by David Arquette, as one of her regrets.

"We did a lot of rewriting on that to make it work," said Kauffman, but that's not the only Phoebe-centric episode that she feels the writers took a wrong turn on. 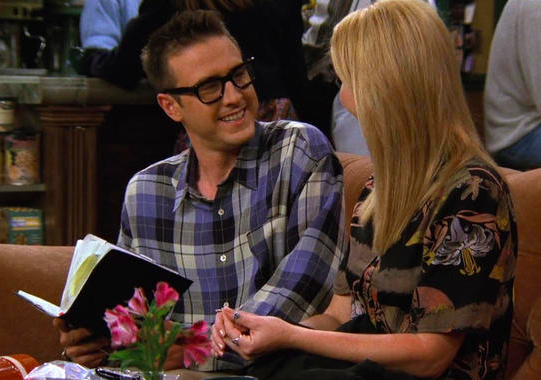 END_OF_DOCUMENT_TOKEN_TO_BE_REPLACED

Kauffman also didn't like the episode when Phoebe's former flame, a Navy man that's played by Charlie Sheen, returns to New York for a few days, only for the pair to to be struck down with chicken pox.

Elsewhere, David Crane said that he doesn't remember a lot of specific scenes in the show and joked that after working on the sitcom for ten seasons, he'll occasionally watch an episode and think to himself "wow, really? We went with that?"

This isn't the first time that a member of the cast and crew of Friends has expressed regret about a particular scene, or episode.

Matt LeBlanc absolutely hated the idea of Joey and Rachel dating, while Lisa Kudrow has recently been talking about how much she disliked filming the scenes that involved Ursula.

In a previous interview with USA Today, Friends co-creator Marta Kauffman also said that she'd like the plot line involving Chandler's transgender father, played by Kathleen Turner, to be be handled differently.

"I think we didn’t have the knowledge about transgender people back then, so I’m not sure if we used the appropriate terms. I don’t know if I would have known those terms back then. I think that’s the biggest one," she said.

In the same interview, Kauffman also expressed regrets over the Thanksgiving episode that featured Brad Pitt's character, Will. "I might have not done the hermaphrodite stuff today if I had that to do over in the one with Brad Pitt (The One with the Rumour)," she added.

popular
New Netflix series looks like a must-watch for fans of Drive to Survive
The JOE Friday Pub Quiz: Week 279
Jenny Greene to leave RTÉ 2FM's Drive Time to host new show
The full list of all the new shows and movies coming to Netflix in February
The 50 most iconic songs of all time* have been revealed
Gardaí release CCTV footage of last known whereabouts of Bernadette Connolly
One of the best Westerns of all time is among the movies on TV tonight
You may also like
3 days ago
8 great new (and classic) additions coming to Prime Video in February
1 week ago
The 10 must-watch new (and old) arrivals coming to Disney+ in February
1 week ago
The ultimate Friday night film and 6 more movies and shows to watch this week
1 week ago
David Jason says he wants to play Del Boy in Only Fools And Horses again
1 week ago
Peaky Blinders stage show debuting in 2022
1 week ago
One of the greatest Marvel movies ever is among the movies on TV tonight
Next Page