If you love Game of Thrones, you'll love this. A great day out.

When it came to designing the map of Westeros, it's well-known that George R.R. Martin based his design on an inverted map of Ireland. 23 years since the first novel in the A Game of Thrones series was published, Ireland can now legitimately lay claim to being the home of Game of Thrones.

Prior to Season 8 being released, there are 26 filming locations in Northern Ireland that have featured in the show but if you're looking for a truly immersive experience, the new Game of Thrones Exhibition in Belfast's Titanic Quarter is very impressive. 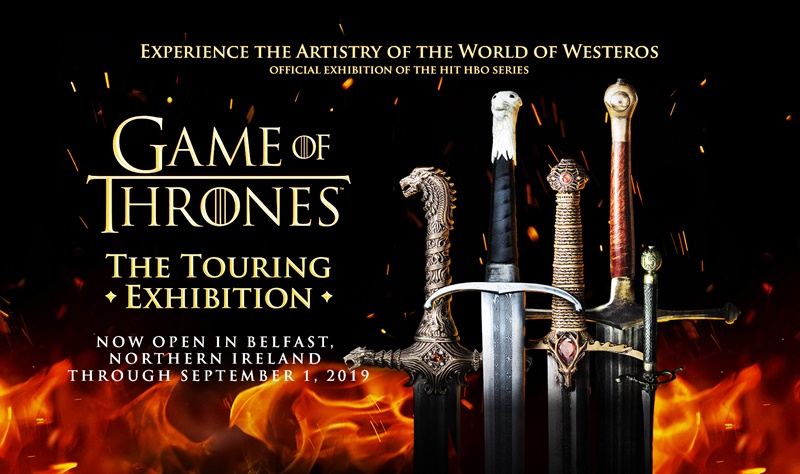 END_OF_DOCUMENT_TOKEN_TO_BE_REPLACED

If you've a keen interest in weaponry and costumes, it's essential.

Why? Well, these are the ACTUAL props, swords, armours, dresses, and daggers that featured in the show.

Prior to the exhibition being opened, our self-confessed Maester Paul Moore got the chance to travel through the Seven Kingdoms. 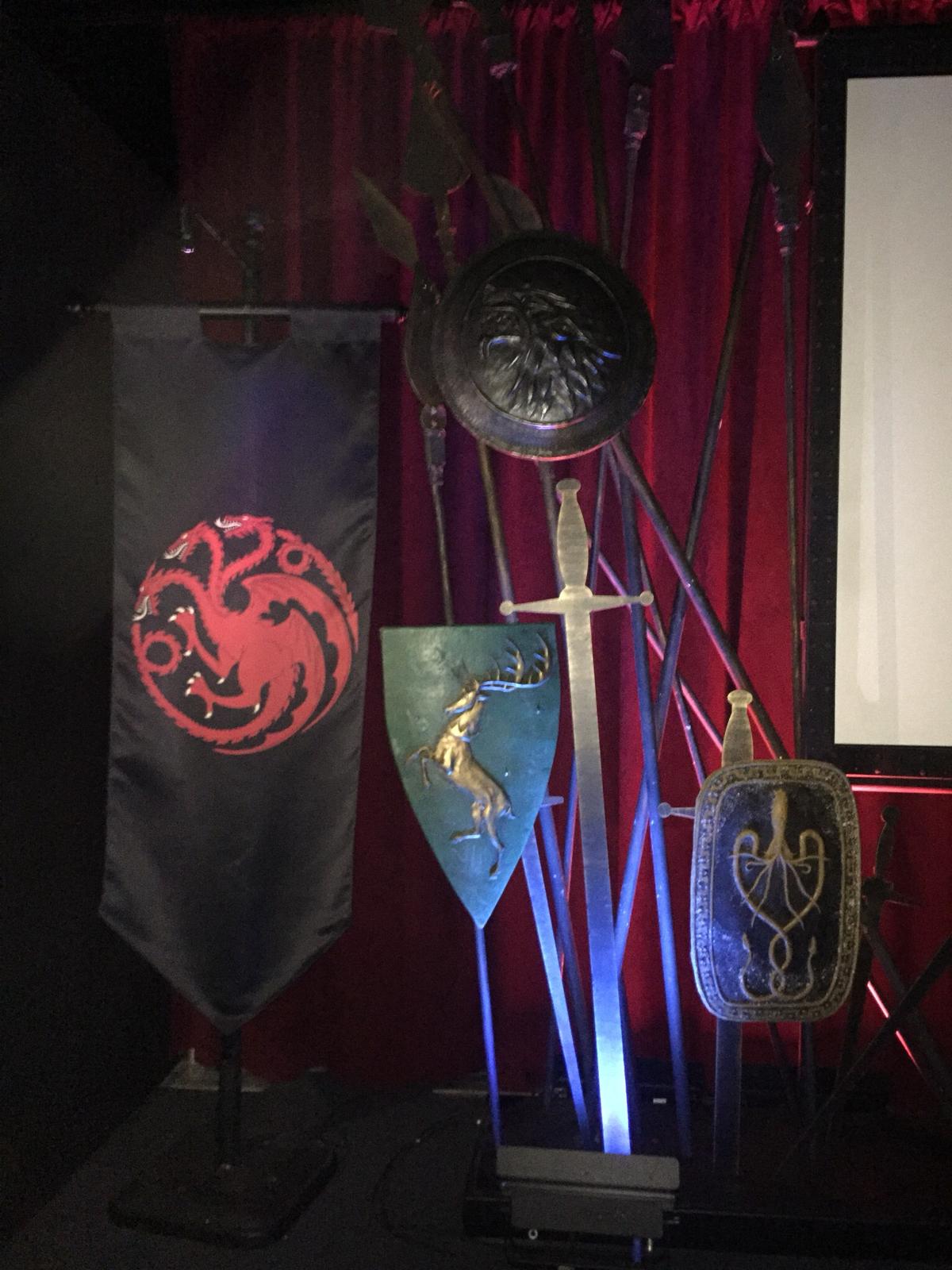 END_OF_DOCUMENT_TOKEN_TO_BE_REPLACED

A tiny detail, but it's one that Game of Thrones fans might love, the exhibition is held in the Titanic Quarter and it's location is literally across the road from the main studio where the show is filmed.

To the right of the exhibition's entrance is the actual set that's used throughout Season 8 and if you look hard enough, you can see the back of Winterfell.

As mentioned previously, the exhibition features costumes, authentic props and settings from all seven seasons.

For example, the experience kicks off with an epic montage that's displayed on a gigantic screen. In case you need a reminder, you get a quick recap of the key moments in Game of Thrones that have led us to Season 8.

Reeling in the Years: How the 2010s are different to any other decade

END_OF_DOCUMENT_TOKEN_TO_BE_REPLACED

As the doors open, you walk beyond The Wall as snow and ice touch your face. FYI, that's a very cool touch because as we know, the very first scene in the show was set beyond The Wall.

Particular areas of the exhibition deal with specific locations and the costumes, props, and items are carefully selected to match the particular events that happened in that area of the Seven Kingdoms that you're travelling through.

For example, the landscapes of the North will give you plenty of opportunities to see the weapons of House Stark and Bolton.

The regal setting of King’s Landing are more concerned with the elegant dresses of Cersei Lannister, The Hound's intimidating armour, and of course, the Iron Throne that has caused so much bloodshed.

Essentially, if a character wore it, or killed someone in that area, you're going to see it. 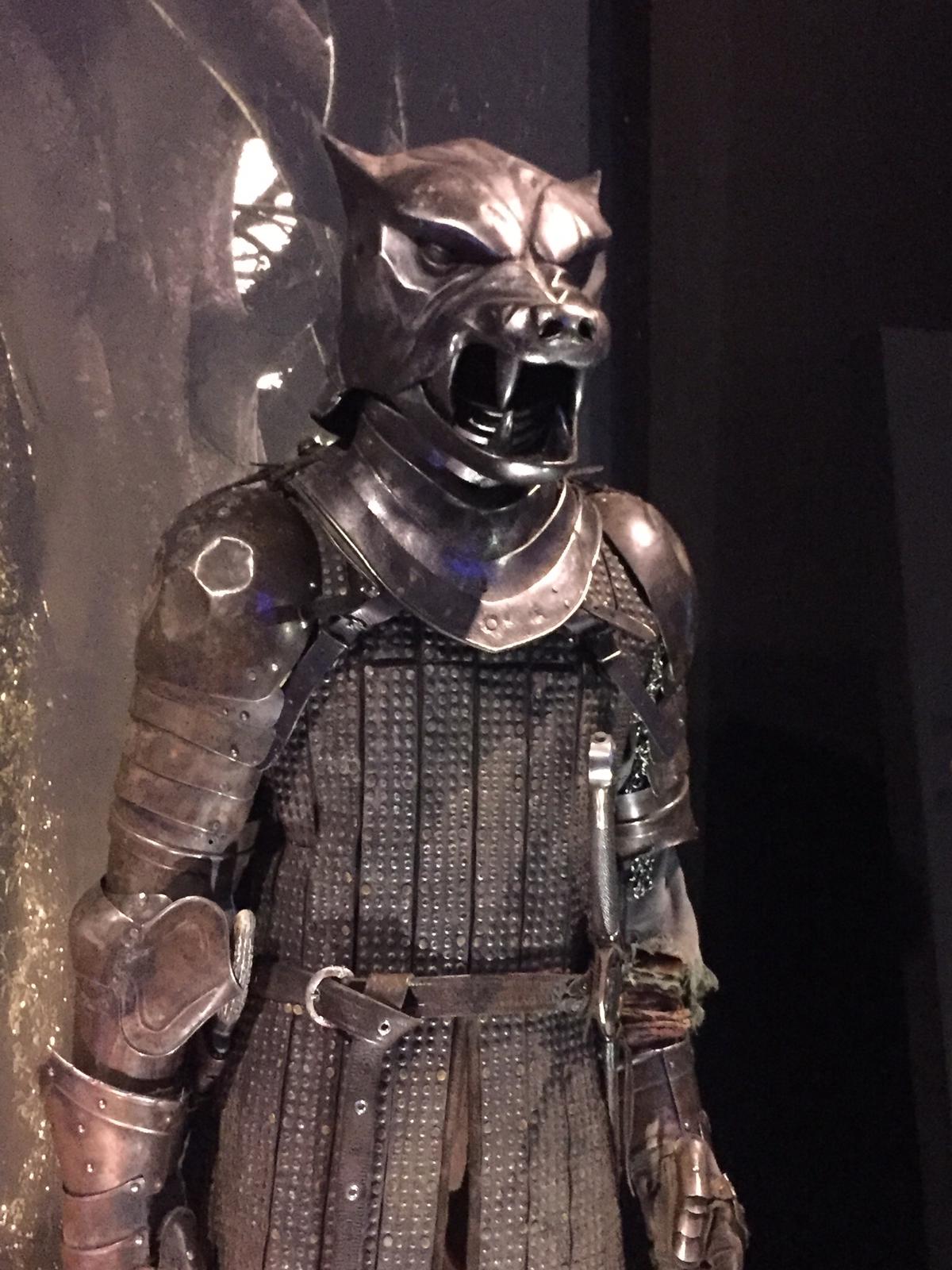 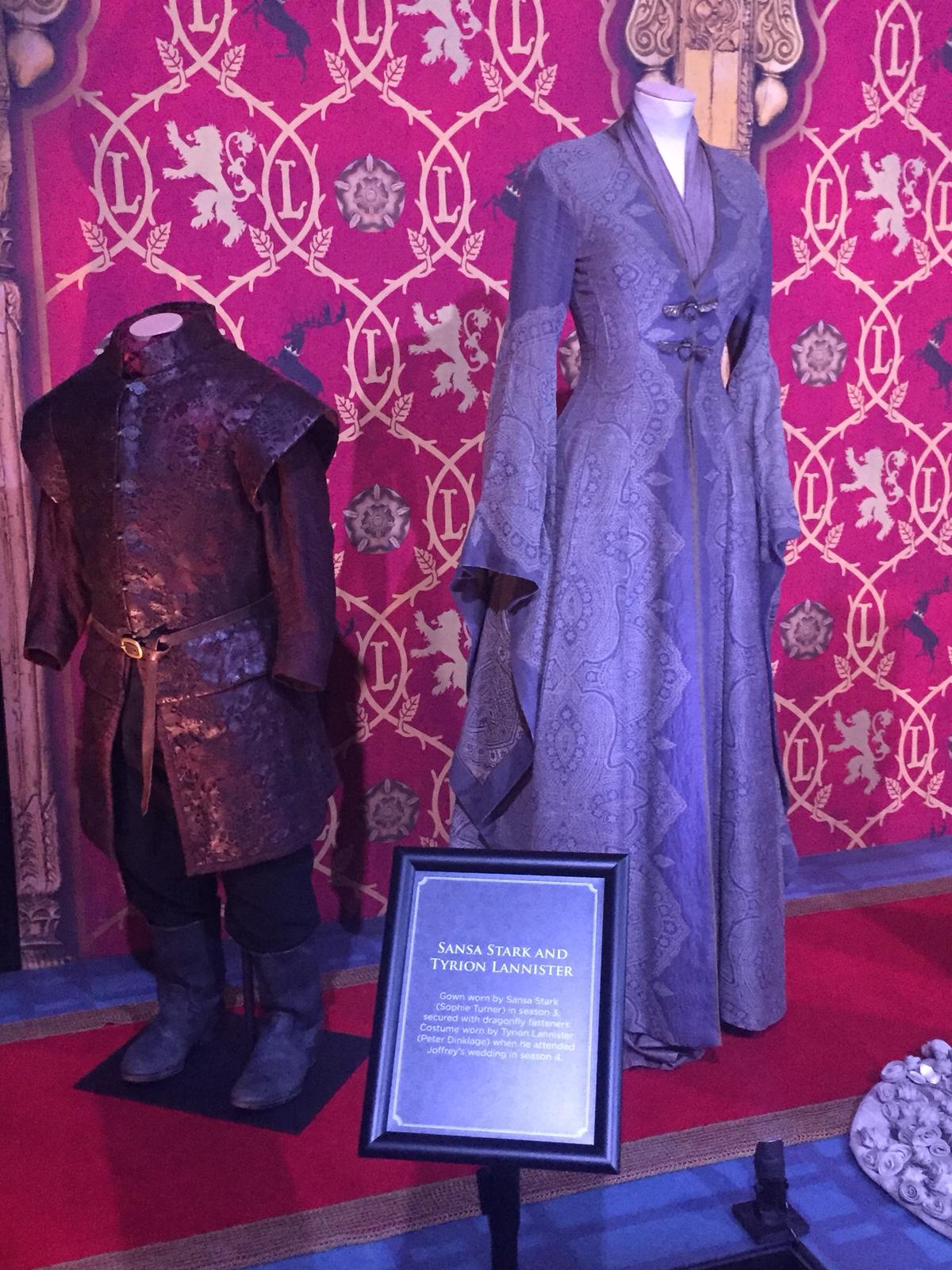 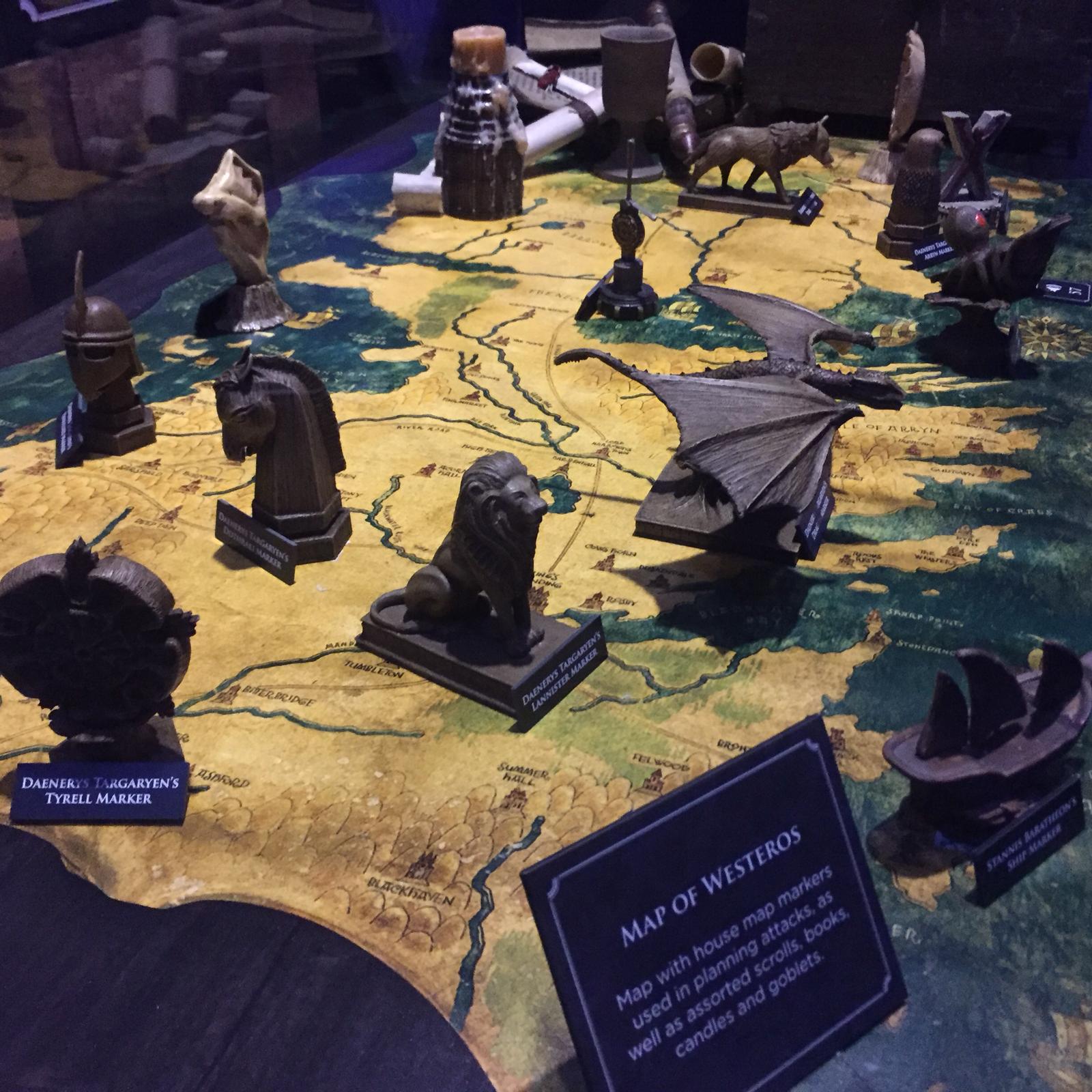 Elsewhere, you get to see the the conquered city of Meereen, the House of Black and White (where you can digitally get your own mug added to the Wall of Faces), walk on the Kingsroad, visit the Throne Room in King's Landing, and of course, travel north and see the home of the Night’s Watch, Castle Black.

What really makes the exhibit stand out is the level of detail and intricacy that goes into each prop and costume.

If you're one of those people that has trouble remembering every little detail in the show, you'll be glad to know that each area has signs to provide information.

For example, every single rose on Margaery Tyrell's wedding dress was hand-sown.

Of course, that's something that you might miss on the TV screen, but the level of detail is extraordinary - especially if weapons and costumes are your thing.

Also, small touches like having the 'Traitor' sign at Castle Black help add to the immersive experience, but unlike other areas where this exhibition was held, Northern Ireland has two unique sets that are custom built for Irish fans. 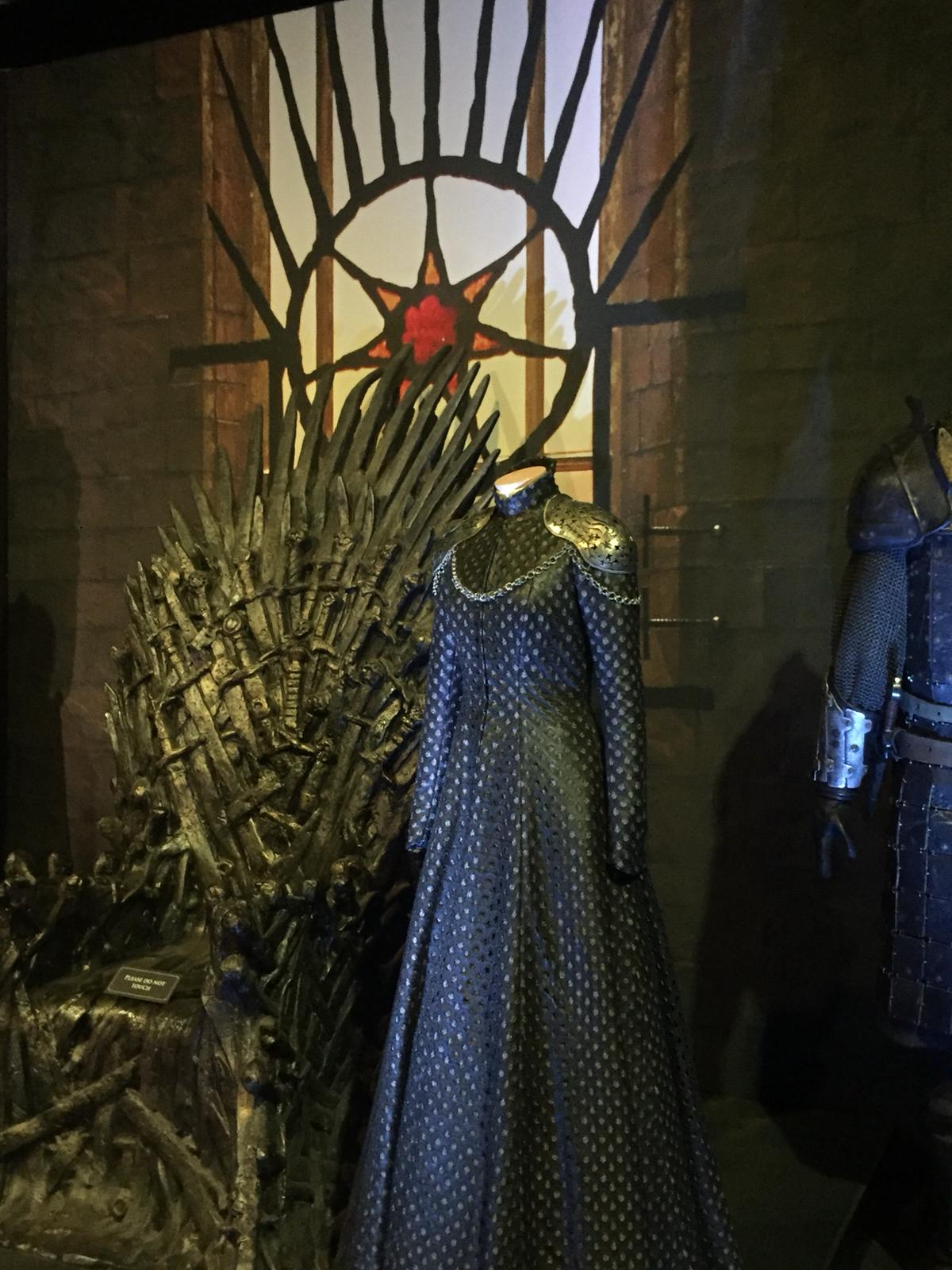 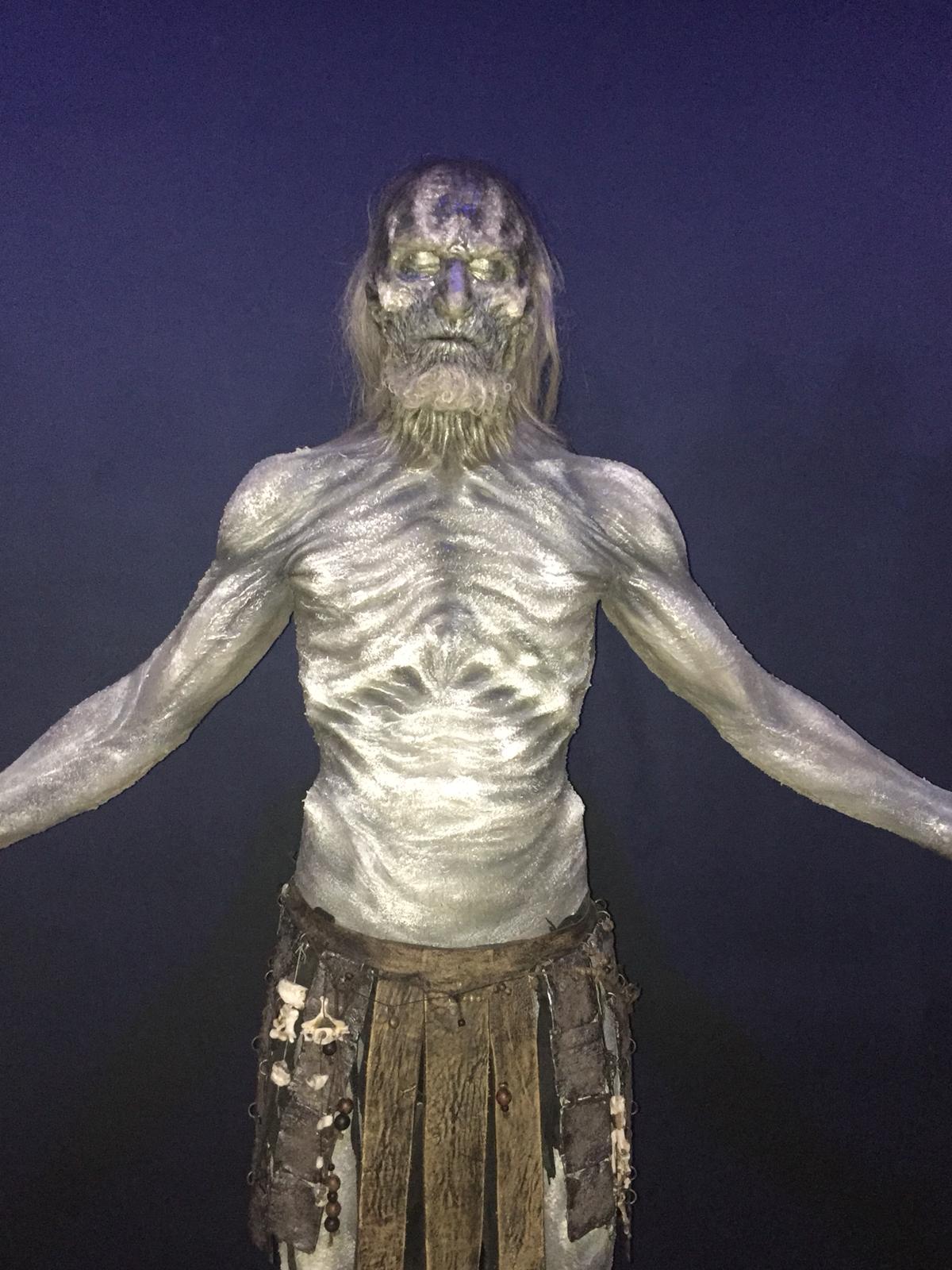 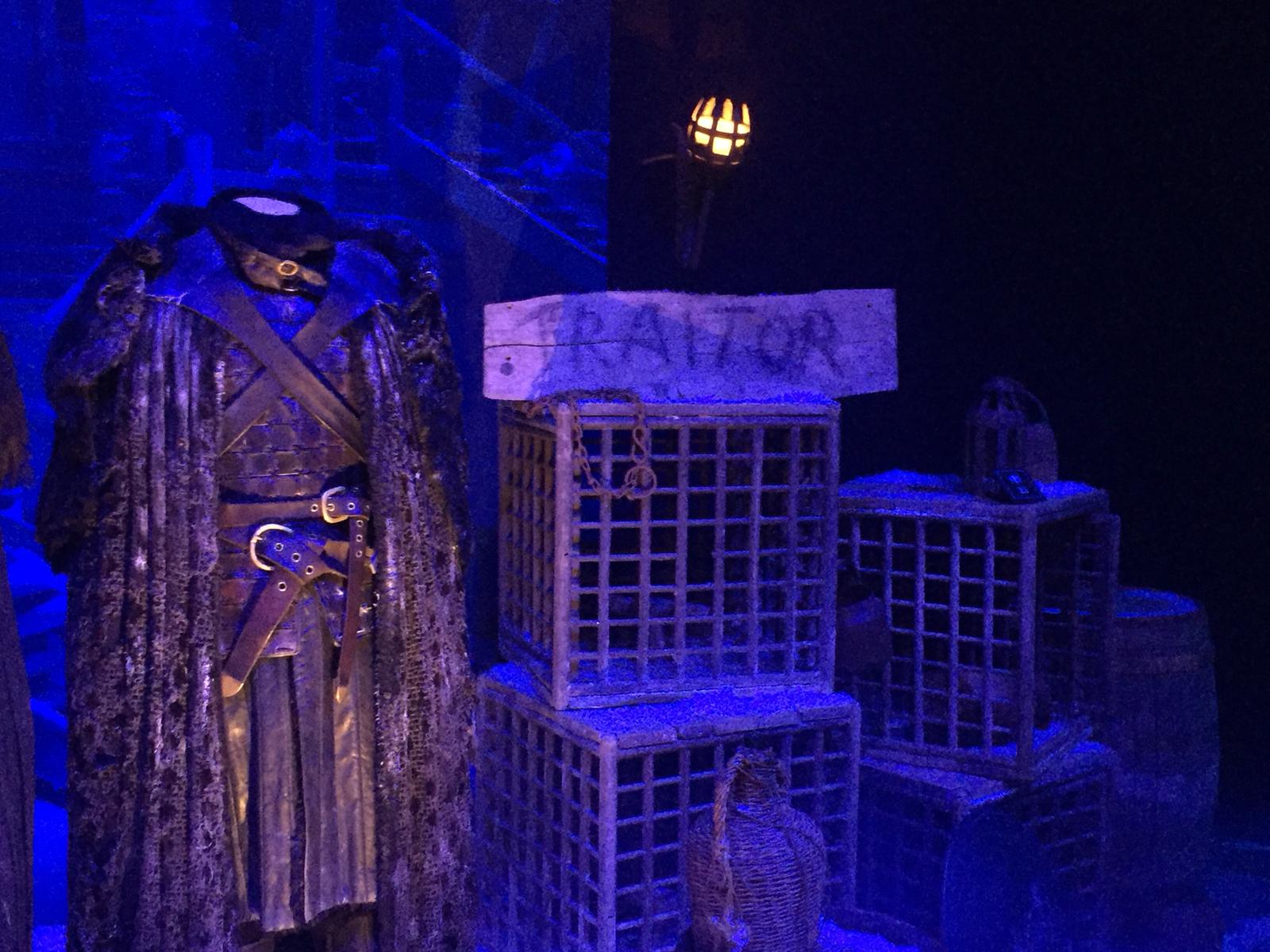 Two never-before-seen sets, The Winterfell Crypt and Dragon Skull Pit, have exclusively been added to Belfast.

Remember the scene when Jaime and Tyrion have their reunion in the dungeons of King's Landing and they see all those enormous dragon skulls?

With regards to Season 8, it's clear that the crypts of Winterfell are going to have a massive importance as the Night King attacks the home of House Stark and if you want to retrace the ancient lineage of the 'Kings of Winter' you can do so too.

FYI, the level of detail on these sculptures is phenomenal. 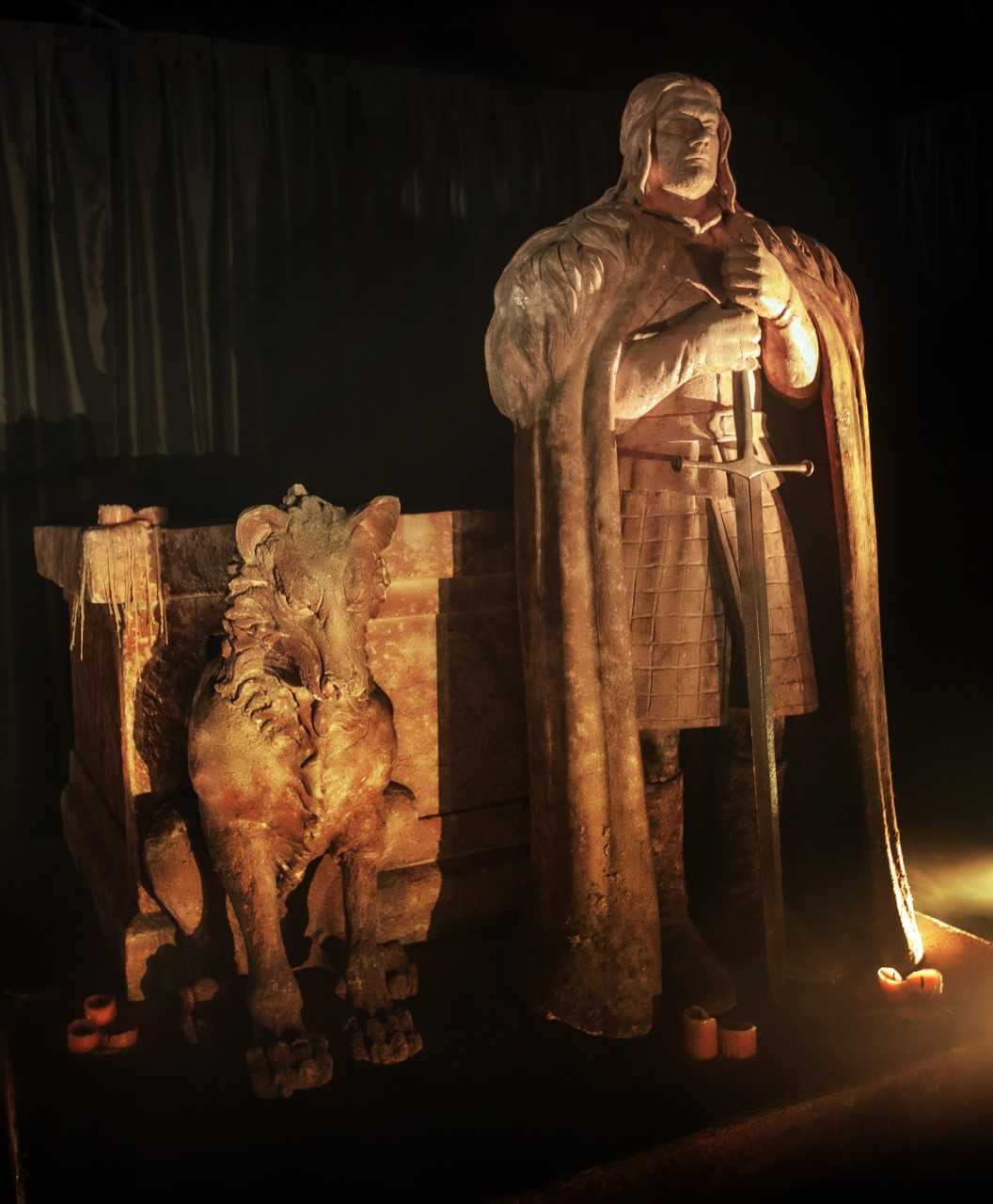 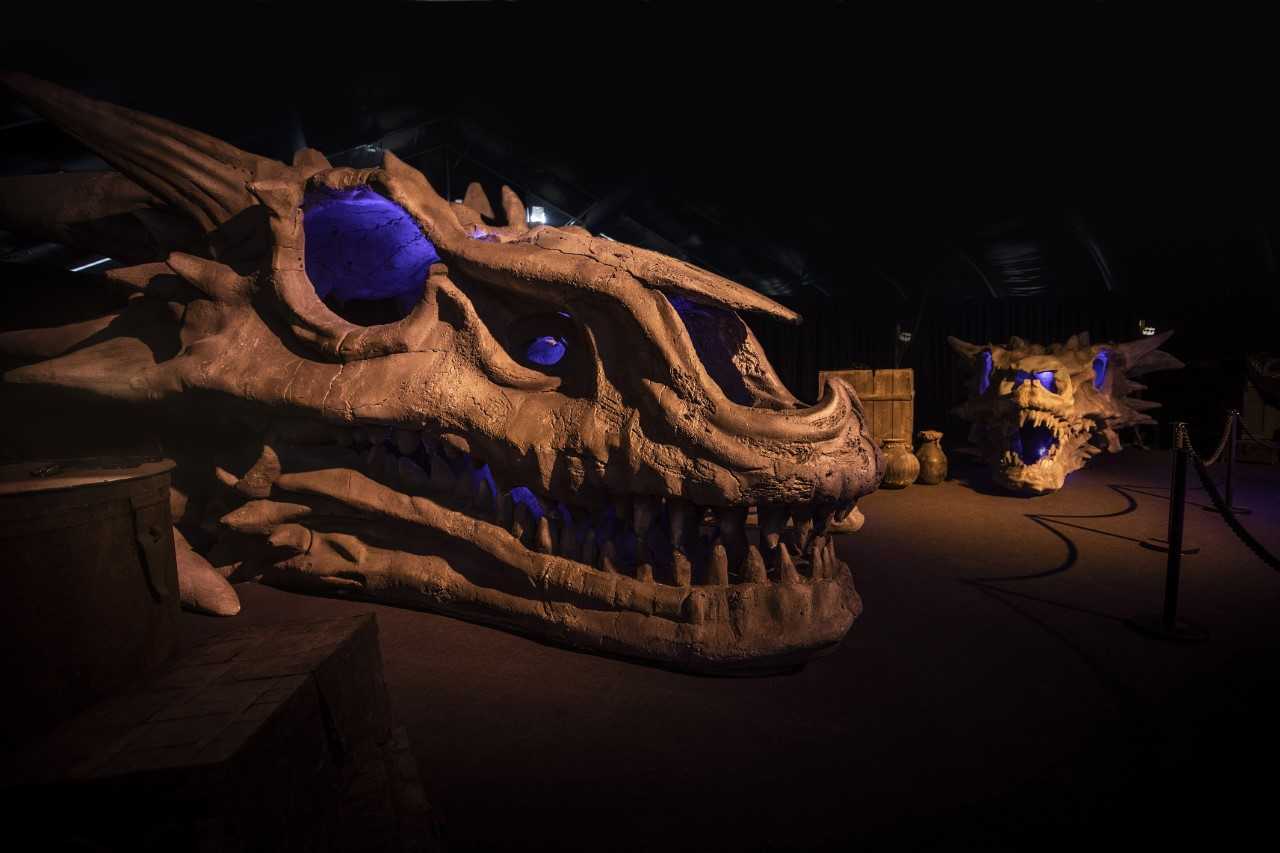 It's not Game of Thrones without some exquisite instruments of death and there are plenty scattered throughout.

For example, here's a look at Renly Baratheon's crown, Tyrion's Hand of the Queen pin, the dragon glass daggers that will be so vital in Season 8, and the White Walkers' sword.

Truth be told, Game of Thrones fans will geek out. 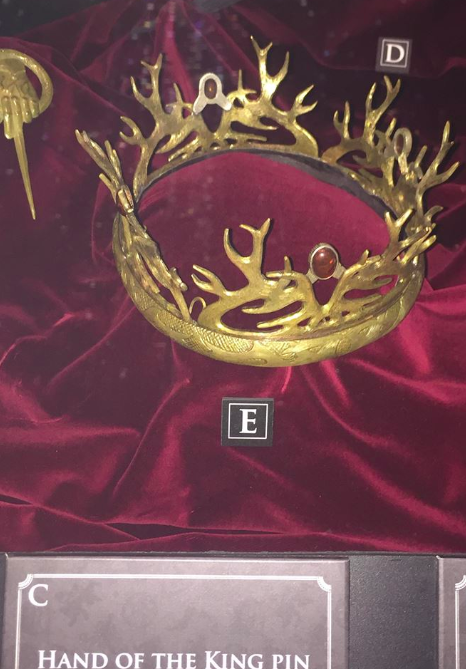 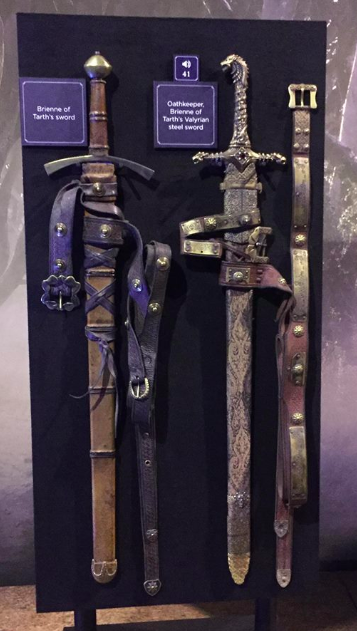 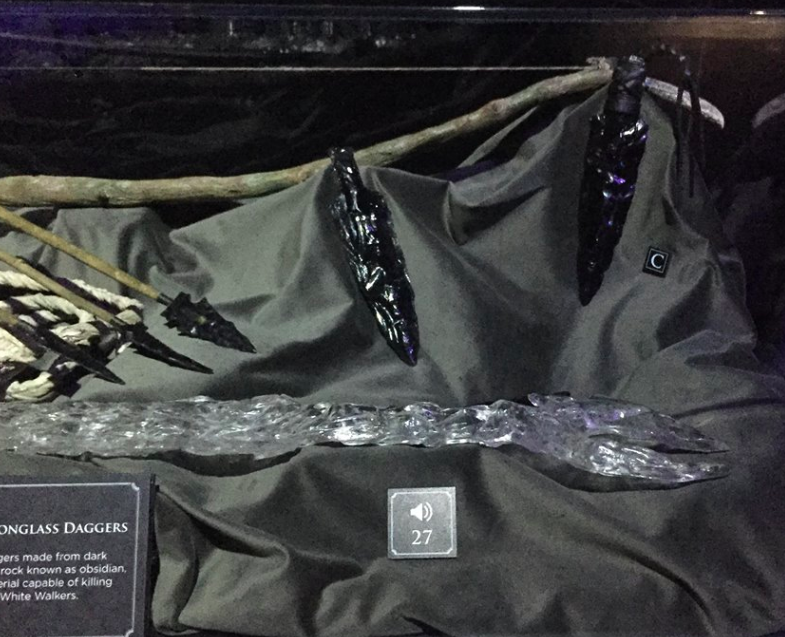 In terms of the duration, the whole thing can be done very much at your own pace, but it should take you about 90-120 mins.

From 11 April through to 1 September 2019, fans can have an up-close and personal look at Westeros at the Game of Thrones Exhibition.

Ticketing information can be found here and if you're looking to make a weekend of it, Tourism Northern Ireland have so many more trips to locations that were used in Game of Thrones.

Fancy planning a long weekend in Westeros? Here's all you need to know.

Advertisement
popular
Hank Azaria feels he needs to apologise "to every single Indian" for playing Apu in The Simpsons
Japan to release one million tonnes of contaminated Fukushima water into the sea
Dr Ronan Glynn says there will likely be no need for vaccine passports by June
Three-year-old girl dies after being struck by a bus in Tipperary
Beware of the very clever WhatsApp hack that is locking Irish users out of their accounts
Taoiseach Micheál Martin says hotels across Ireland could reopen by June
The 50 most iconic songs of all time* have been revealed
You may also like
6 days ago
87% of RTÉ staff reject proposals for salary cuts as part of cost-saving measures
1 week ago
WATCH: Teaser trailer for Picard Season 2 hints the return of a major villain
1 week ago
Here's the lineup for this week's episode of The Late Late Show
1 week ago
RTÉ journalist forced to flee China due to threats towards her husband and family
2 weeks ago
Here are the best movies on TV this evening
2 weeks ago
Line of Duty Series 6, episode 2: Is Kate deep undercover?
Next Page