June Bernicoff has announced that she will not be coming back to Gogglebox following the death of her husband Leon.

When a fan tweeted at June: “Would you do the show with one of your daughters? X”

She responded: “It was a great adventure with a great finale with the NTA?”

“@ladyshazza27: @LeonAndJune would you do the show with one of your daughters? X” It was a great adventure with a great finale with the NTA😊

Her reply was a nod to the National Television Awards, when Goggleboxers dedicated their Best Factual Entertainment award to her late husband.

Fans were quick to react to June's decision. 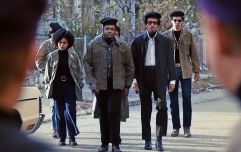 END_OF_DOCUMENT_TOKEN_TO_BE_REPLACED

It read: "Leon's unique personality and sharp wit endeared him to fans of the show, as he contributed fully to Gogglebox's reputation as a programme full of warm humour and unvarnished opinion.

"To those of us that knew him personally, Leon was a man of unwavering principles who exerted a distinct paternal presence both on and off screen. He will be dearly missed by the entire Gogglebox family; cast and crew."