Remember the Battle Of The Bastards?

Pretty much the biggest battle scene in Game Of Thrones to date, the Season 6 sequence was one of those unforgettably epic moments in a show pretty much drowning in them.

Not unlike that bit where Jon is almost drowning in a sea of dead bodies, actually...

If you need a quick reminder, here is the behind the scenes look at how the scene was put together: 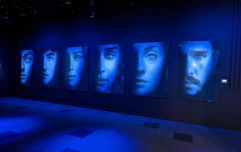 END_OF_DOCUMENT_TOKEN_TO_BE_REPLACED

With that scene, Game Of Thrones broke TV records for the longest filmed scene ever produced.

Well, you can forget all about that now, because with an upcoming battle for the eighth and final season, it took 55 days to film, more than doubling the amount of time it took to film the Battle Of The Bastards, to become a new record setter.

When we say 55 days, we actually mean 55 nights, as an image posted on Jonathan Quinlan's Instagram account showed a thank you note to the cast and crew for the arduous shoot.

END_OF_DOCUMENT_TOKEN_TO_BE_REPLACED

Quinlan, who has been an assistant director on over 20 episodes of the show, has since taken the image down, but GOT fan site Watchers On The Wall grabbed it before then, and the message read as follows:

"This is for the Night Dragons. For enduring 55 straight nights. For enduring the cold, the snow, the rain, the mud, the sheep s**t of Toome and the winds of Magheramorne. When tens of millions of people around the world watch this episode a year from now, they won’t know how hard you worked."

"They won’t care how tired you were or how tough it was to do your job in sub-freezing temperatures. They’ll just understand that they’re watching something that’s never been done before. And that’s because of you."

There is, apparently, still another epic battle to shoot - The Battle For King's Landing - and it is unclear if that will take even longer to film than whatever this battle is, which is definitely giving us Battle For Helm's Deep vibes, and we are absolutely 100% here for that potential comparison.

Anyone else finding it difficult to wait for 2019 already??

popular
The JOE Friday Pub Quiz: Week 296
Lidl to launch its second 'reverse vending machine' in Ireland next week
Aer Lingus warns customers flying on Friday afternoon to check in at the airport
Dublin's sixth 24-hour bus route launches today
Members of Irish Guards unit arrested for dealing cocaine days before Platinum Jubilee parade
Bank of Ireland apologises to customers over Bruce Springsteen app issues
The 2 Johnnies share unbelievable catfish ordeal affecting over 40 people
You may also like
5 months ago
"It has a Beauty & The Beast aspect" - Kristofer Hivju on his role in The Witcher Season 2
6 months ago
WATCH: The first 15 minutes of George R.R. Martin's video game are going to blow your mind
6 months ago
Ed Sheeran says Game of Thrones cameo backlash ruined the experience for him
7 months ago
The 100 greatest TV shows of the 21st century have been revealed
7 months ago
WATCH: The first Game of Thrones prequel trailer promises fire and blood
8 months ago
Game Of Thrones director on why there probably shouldn't be a Game Of Thrones movie
Next Page