The one where they all got back together.

It is finally, really, actually happening. 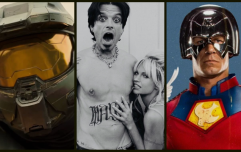 END_OF_DOCUMENT_TOKEN_TO_BE_REPLACED

Yes, Rachel and Phoebe and Monica and Ross and Joey and Chandler are all going to back on set together, but instead of a reunion season or movie or one-off episode, instead it will be an unscripted special that will air exclusively on HBO Max.

Having recently recently announced that they will be the only platform on which Friends will be viewable (at least in the States), HBO have stated that their new streaming service HBO Max will be adding this reunion special alongside the original run of 236 episodes.

Variety are reporting that each of the actors are set to be paid $2.5 million each to appear in the special, and they will return to the original Friends soundstage on the Warner Bros. Studio lot in Burbank for the special celebration.

Kevin Reilly, chief content officer at HBO Max and president of TBS, TNT, and truTV, said: "We are reuniting with David, Jennifer, Courteney, Matt, Lisa, and Matthew for an HBO Max special that will be programmed alongside the entire Friends library.

"I became aware of Friends when it was in the very early stages of development and then had the opportunity to work on the series many years later and have delighted in seeing it catch on with viewers generation after generation. It taps into an era when friends – and audiences – gathered together in real time and we think this reunion special will capture that spirit, uniting original and new fans."

Now, that isn't to say that the comedy sextet won't actually come together for another, more-in-line-with-fans-want reunion further down the road (maybe in time for the 20th anniversary of the final episode in 2024?), but for now, this is what we're getting!

Courtney Cox very quickly took to Instagram to confirm that it was definitely, definitely happening.

popular
Amazon Prime Video has just added 16 big movies to its library
Prince's team stop Nothing Compares 2 U being used in new Sinead O'Connor doc
Neil Young wants Spotify to remove his music because of Joe Rogan podcast
13 reasons why an employer can decline your right to remote working under new legislation
QUIZ: We bet you can't get full marks in this extremely frustrating geography quiz
UCD students provided with €30 gift voucher after toilets were contaminated with wastewater
Bono is at the centre of one of 2022's most emotional cinematic moment
You may also like
2 months ago
Ed Sheeran says Game of Thrones cameo backlash ruined the experience for him
3 months ago
HBO announces a new Sopranos series is in the works... kind of
3 months ago
Robert Durst of The Jinx sentenced to life in prison for murder
4 months ago
Alanis Morissette criticises "salacious" new documentary about her
5 months ago
Kim Cattrall's replacement in the Sex and the City reboot has been revealed
5 months ago
Irish actress on huge US show avoids being killed off thanks to one of the best directors of all time
Next Page