Pics: He loves lamp - one Irish Anchor-fan dressed up brilliantly and stole the show at the Anchorman 2 London premiere

We would like to extend to you an invitation to the dressing up party...

Following on from the success of their visit to Ireland to meet JOE (and for the premiere of Anchorman 2: The Legend Continues of course), Burgundy and his boys continued to entertain the world at large as they landed in London for the UK leg of their juggernaut publicity tour.

In JOE's eyes, however, the London premiere show was stolen by one particular Irish Anchor-fan, John Carroll, who went to extreme lengths to show his dedication as he dressed up as a giant lamp and his friend as Brick Tamland. 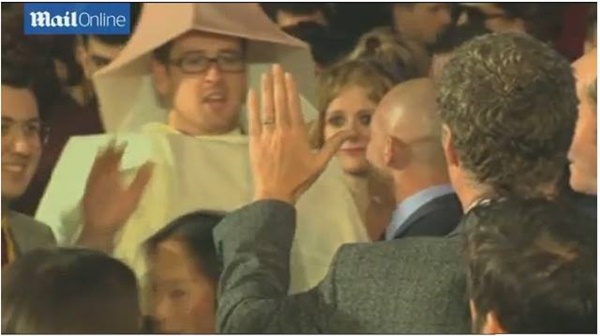 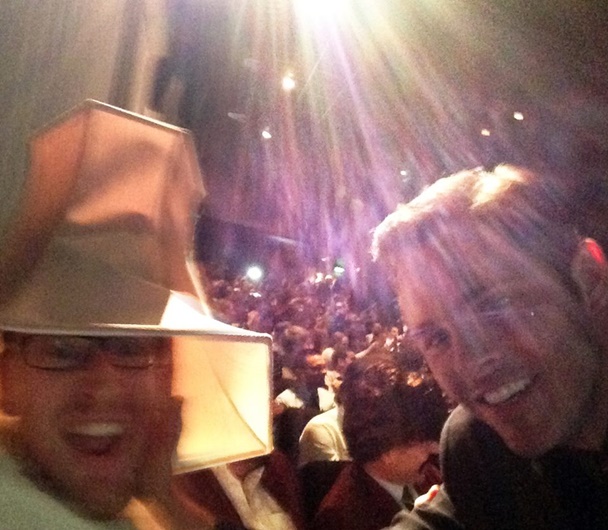 Even James Marsden got in on the act... 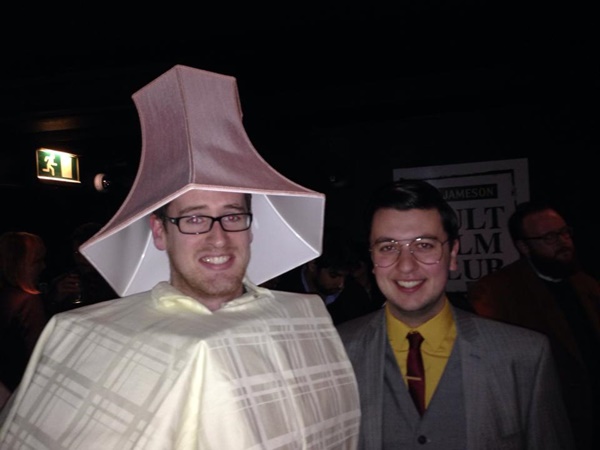 We hope he didn't feel too 'light-headed'  with excitement as even the great Ron Burgundy (Will Ferrell) high-fived him in Anchorman approval:

END_OF_DOCUMENT_TOKEN_TO_BE_REPLACED

According to John himself, the word from the lamp's mouth was as follows:

"Basically my mate Sam won tickets and chose me to go with him. He dressed up as Brick so I thought I'd go all out and get the lamp costume if you could call it that.

END_OF_DOCUMENT_TOKEN_TO_BE_REPLACED

We were grabbed by the Jameson people and told we would be getting a photo with Will on the red carpet which didn't happen as they told too many people which I was gutted about. But managed to get a high 5 which was caught on camera by the Daily Mail. Seeing the video of the high 5 and Steve Carell talking about my costume was unreal. Second best moment of the year, after getting engaged last month!"

Tip of the hat, or should we say, lampshade, to you John, on both the costume AND for taking your good lady to Pleasure Town. The Channel 4 News Team would all be very proud of you.

And finally, we couldn't let the moment pass without reliving that magic Brick Tamland (Steve Carell) declaration of love one more time:

popular
Here's how to make €9-11 on Revolut in just a few minutes
Green Party representative calls for a temporary ban of stag and hen parties in Ireland
Pop Idol star Darius Campbell Danesh has died, aged 41
Off-duty Garda arrested in Tipperary on suspicion of drink driving
QUIZ: You won't be able to correctly guess the meaning of all these words
Murder investigation launched following death of 75-year-old woman in Kerry
QUIZ: You'll do well to get 100% in this General Knowledge Quiz
You may also like
2 days ago
FBI release findings of Rust investigation after shooting of Halyna Hutchins
4 days ago
Disney+ has just added 10 big movies to its library
5 days ago
The Sweatiest Movie Quiz Of All Time
5 days ago
The new Love Island and 8 more new movies & shows to watch this weekend
6 days ago
WATCH: House of Hammer details the alleged crimes of award-winning actor Armie Hammer
6 days ago
Prime Video has just added 25 very big movies to its library
Next Page