Here are all the new titles coming to Netflix in May

Derry Girls, Baby Driver, and more. Plenty to get stuck into.

Wise up because Season 1 of Derry Girls is coming to Netflix. Yes, we know that you've seen every cracker episode before but in the month of May, Lisa McGee's beloved comedy will be landing on the online streaming giant.

Here's what else is in store.

You may have heard of it?

After being coerced into working for a crime boss, a young getaway driver finds himself taking part in a heist doomed to fail.

When everyone else mysteriously vanishes from their wealthy town, the teen residents of West Ham must forge their own society to survive.

A four-part limited series from director Ava Duverney that continues themes from her documentary 13th, her exploration of the criminal justice system through the true case of the Central Park Five - 5 young teenagers who were wrongfully accused and convicted of rape.

The Great Gatsby (1 May)

In a future where a failed climate-change experiment has killed all life except for the lucky few who boarded the Snowpiercer, a train that travels around the globe, a new class system emerges.

People Just Do Nothing: Season 4 (5 May)

It's time to head back and see what the lads at Kurupt FM are up to.

You've got reed on you.

END_OF_DOCUMENT_TOKEN_TO_BE_REPLACED

A major ecstasy producer living in luxury on the Dutch-Belgian border faces big changes with two undercover agents begin moving in on his operation.

Faced with various frightening and uncomfortable events, contestants in this game show had better not flinch -- or they’ll suffer painful consequences.

A dark single camera comedy about a powerful friendship that blossoms between a tightly wound widow and a free spirit with a shocking secret.

Two bird women - a carefree toucan and anxious songbird - live in the same apartment building and share their lives in this animated comedy.

A prosecutor discovers that she’s been reincarnated into a different person after getting into an accident - and also learns she’s not the only one.

As Chloe struggles to come to terms with Lucifer's disturbing revelation, a rogue priest sets out to stop a long-rumoured prophecy.

There's a trend in the US housing market, albeit a very small one. Drawn to the prospect of financial freedom, a simpler lifestyle, and limiting one's environmental footprint, more buyers are opting to downsize - in some cases, to spaces no larger than 300 square feet - and this series celebrates the "tiny house" movement.

Hosts and renovation professionals John Weisbarth and Zack Giffin travel across America to show ingenious small dwellings and their creative inhabitants. They also help families design and construct their own dream homes.

Despite changes at home and work, Ruffo resumes his fight, following a corrupt new target and a trail of kickbacks into the upper reaches of politics 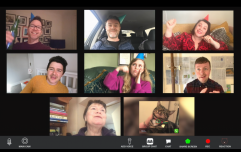 The first Irish comedy about lockdown, made during lockdown, is coming to RTÉ this weekend

END_OF_DOCUMENT_TOKEN_TO_BE_REPLACED

Diverse characters fumble through the modern maze of love, sex, technology and culture in Chicago.

At the Sacramento County Jail, incarcerated women fight the power and one another as they try to make the best of life - and love - on the inside.

A third-rate actress with leukemia becomes entangled with Ling Yi Zhou because she needs him for treatment. In order to receive bone marrow transplant sooner and to continue her career as an actress, Xia Lin enters into a secret marriage with Ling Yi Zhou, the CEO of a company. Despite the conspiracies and misunderstandings they encounter, the two find true love.

Trapped in the Zone, Simone and her friends must find a cure for the virus Rasmus is carrying before it kills him - and the rest of humanity.

Nicole and Jacques are back to judge the chaos in the kitchen, from half-baked doll cakes to delightfully creepy edible clowns.

Mysterious deaths aboard a luxurious ship traveling from Spain to Rio de Janeiro in the 1940s reveal secrets surrounding two sisters traveling together.

When Lee Jeong-in and Yu Ji-ho meet, something unexpected happens. Or it just may be that spring is in the air -- and anything is possible. 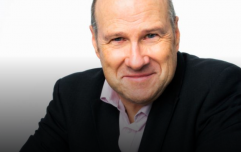 END_OF_DOCUMENT_TOKEN_TO_BE_REPLACED

24 pg treatment What if a teenager built up a drugs empire from his bedroom in Leipzig? Inspired by real events.

Five years after the death of mob boss, there's a new king of the Montreal drug trade - until a new breed of mafiosos arrive from Italy to wrestle the city from his grasp.

In their second season, the women come face-to-face with the consequences of their criminal behaviour.

Major Weiss's recovery prompts residents to question the odd circumstances she was found in, and how she survived injuries that would kill anyone else.

Two years after the events in the first movie, the ocean of Ustaz Adam (Syamsul Yusof) was restored after being helped by the death of his wife and son. He started to become a freelance preacher and continued his responsibility to help the people affected by magic / jin disorders everywhere.

On the run from a dogged internal affairs agent, a corrupt cop reluctantly teams up with a defiant teen to unravel a conspiracy - before it's too late

After their mother's death, four sisters learn a shocking family secret and embark on an adventure to discover the truth about their genealogy.

Standing on the precipice of adulthood, a group of friends navigate new relationships, while re-examining others, during their final summer before college.

Fresh out of prison and forced to fend for himself on the streets of Marseille, 17-year-old Zac falls in love with young prostitute Shéhérazade.

An odd encounter with a fan and a tryst with that fan's ex-boyfriend leads a sexually adventurous singer on an escapade in Chile.

After her partner cheats on her, an architect returns to her hometown to reassess her life with the help of her eccentric family. Based on the novel.

During a vacation to Napa Valley, a group of long time friends reunite and revisit past choices in this hilarious and heartfelt comedy from director Amy Poehler.

Seeking answers after a life-changing incident in 2012, filmmaker Hernán Zin interviews other war reporters about the personal toll of their work.

Maria (17 May)
A woman whose parents were killed by the gang when she was a child grows up to be a hired assassin. Unfortunately, trying to leave that past behind is proving to be more difficult than it seems.

When traffickers kidnap her daughter from their village, vengeful Hai Phuong returns to Saigon - and her outlaw roots - to take down the abductors.

Four misfit campers must band together and conquer their fears in order to save the world during an alien invasion.

Joy is a young Nigerian woman, caught in the vicious cycle of sex trafficking. She works in this merciless system of exploitation to pay off debts to her exploiter Madame and supporting her family in Nigeria.

A troubled musical prodigy (Allison Williams) seeks out the new star pupil (Logan Browning) of her former school with shocking consequences in this elegant and terrifying suspense ride, the most buzzed-about movie at last year's Fantastic Fest.

An under-confident but talented girl, who is side stepped at every stage of her life, seeks out an enigmatic con to help recover her stolen car from a goat - loving crazy Mumbai gangster and in the process finds her confidence and place in the sun.

A minister who researches religious cults turns to his Buddhist monk friend for help investigating a new group with mysterious origins.

Still LAUGH-IN: The Stars Celebrate (14 May)

A special honouring "Laugh-In" to be hosted by Goldie Hawn and Lily Tomlin.

Knock Down The House (1 May)

From documentarian Hao Wu comes a heartfelt portrait of how he created a thoroughly modern family in America, only to face the dilemma of introducing his same-sex partner and their children to his deeply traditional parents and relatives in China.

ReMastered: A long form documentary series of high profile, in-depth stories about music's impact on society, as told by critically acclaimed directors, with each episode revealing surprising insight beyond the expected or commonly known.

1994 is an hour-long 5 episode investigative documentary series that will tell the story of one of the most critical years in Mexico's history.

Two countries, two restaurants, one vision. At Gabriela Cámara's acclaimed Contramar in Mexico City, the welcoming, uniformed waiters are as beloved by diners as the menu featuring fresh, local seafood caught within 24 hours. The entire staff sees themselves as part of an extended family. Meanwhile at Cala in San Francisco, Cámara hires staff from different backgrounds and cultures, including ex-felons and ex-addicts, who view the work as an important opportunity to grow as individuals.

Short following families in Puerto Rico who are currently living in FEMA hotels around New York City. Their stories will unfold observationally over the course of the next month as they face the extreme situation of getting kicked out of the hotel or are forced to go back to Puerto Rico. Many people see these families as illegal immigrants and don’t want them here. We follow these families as they try to maintain their Puerto Rican identity, but assert their American citizenship.

The true-life story of a Brazilian TV host who literally killed for ratings -- and used his crime TV show to cover up the grizzly truth.